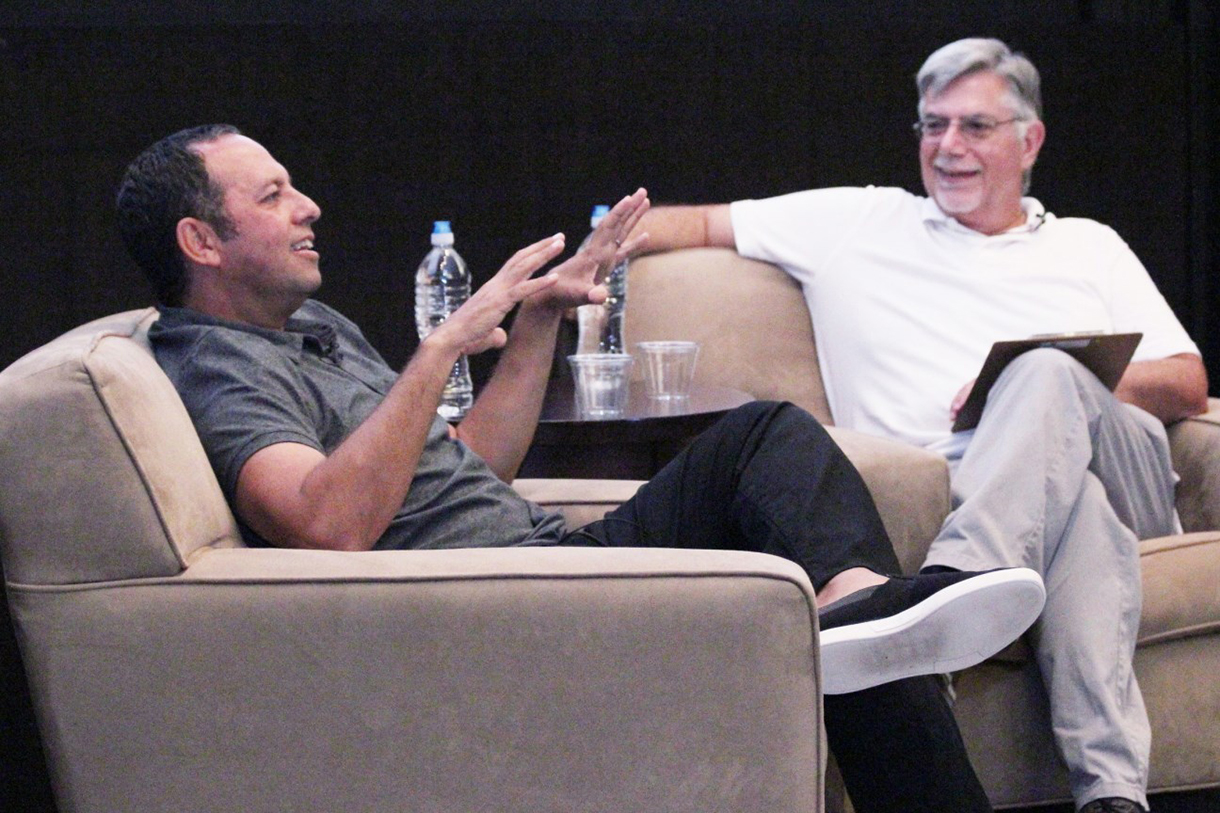 Even though producer and alumnus Bob Teitel has lived and worked in Los Angeles for more than two decades, he still considers Chicago home. Born in Mount Prospect, Teitel got his start as a Cinema Art and Science student at Columbia. While living in the dorms on Wabash, Teitel also met fellow alumnus George Tillman, Jr.’91, a collaborator on more than 12 feature films.

On Aug. 17, Cinema Art and Science Associate Professor Ron Falzone moderated an informal talk called “75 Minutes with Bob Teitel” that was a partnership with Columbia and Independent Filmmaker Project (IFP). Throughout the course of the conversation, one thing was clear: Teitel’s career wouldn’t be what it is today without casting his favorite character, Chicago.

Teitel spoke about his work on films like Men of Honor, Soul Food, and The Barbershop franchise. He also spoke about the timely Southside with You, the fictional re-creation of President Obama’s and the First Lady’s first date. In his New Yorker review, Richard Brody calls the film a “tender, intimate drama [with] the grand resonance of a historical epic.”

While Teitel has worked with celebrities like Robert DeNiro, Cuba Gooding Jr., Charlize Theron and Ice Cube, he keeps grounded as a storyteller. Teitel chooses projects based on “stories people experience on their own.” He pairs that ethos with his “Chicago blue collar mentality”—something that he says gave him an advantage when he started out in Hollywood.

Teitel relishes in returning to Chicago to produce films that capture the authentic experiences that inspire him. In addition to the 18 days spent in Chicago shooting Southside with You, Teitel boasts that six of his last eight films have been filmed locally.

He told the Chicago Ambassador that he considers himself a Chicago filmmaker more in line with Nelson Algren or Steve James. And Teitel has more Chicago stories to tell. His newest project is about the origin of Chicago’s house music at The Warehouse.

As the only film school with a permanent teaching unit on a Hollywood lot, Columbia focuses on cultivating its connection to film industries near and far. In August, Columbia was ranked fifteenth by the Hollywood Reporter in their annual list of Top American Film Schools. With the amount of film and television production in the city, it is no surprise that industry leaders and storytellers like Teitel find their way back to Chicago.