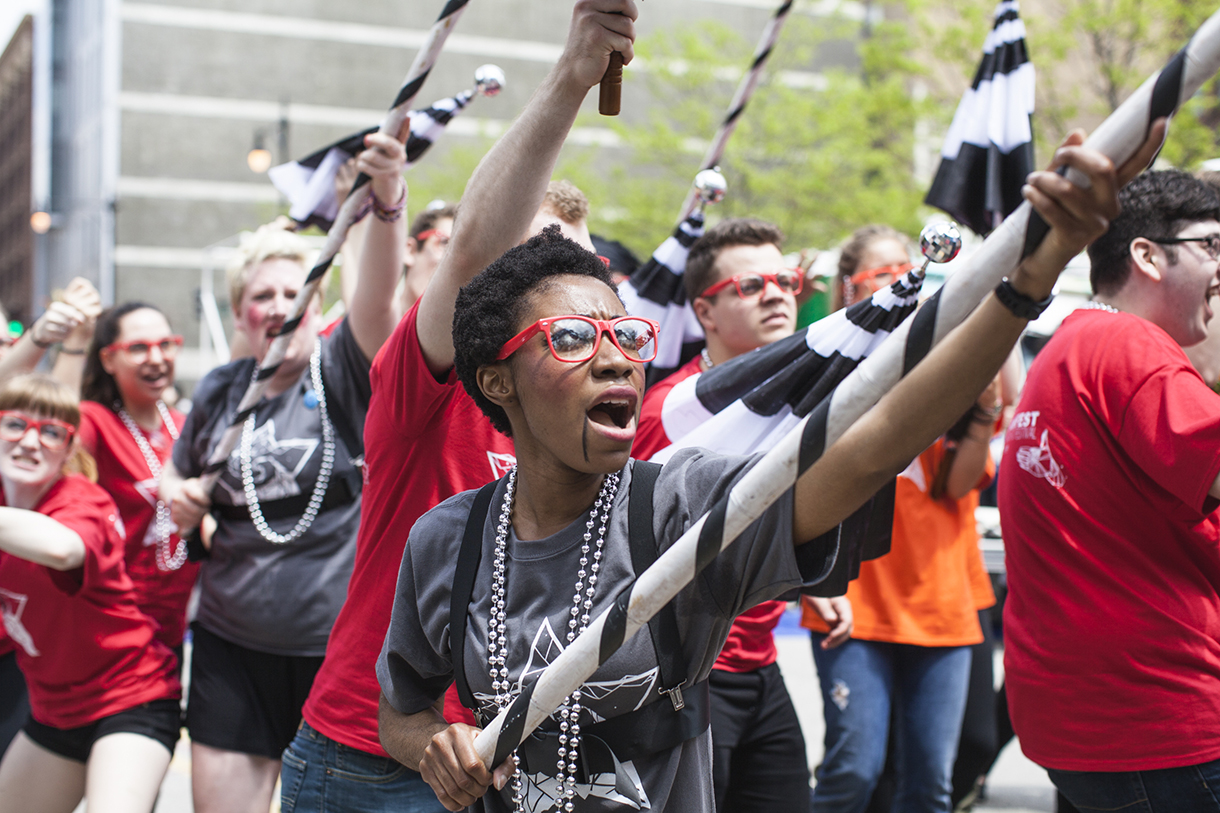 Columbia College Chicago’s Manifest, the city’s largest student-run arts festival, will return to the Wabash Arts Corridor on Friday, May 13. Curated and managed by more than 1,000 Columbia students and in its 16th year of operation, the festival features dozens of performances, gallery exhibitions, fashion shows and literary readings by undergraduate and graduate students completing their final semester. The festival is free and open to the public.

“We go to such a creative school where everyone just does their own thing,” says Business and Entrepreneurship student and Manifest production assistant Grace Kinter (’18). “We don't have pep rallies and footballs games and sororities and fraternities and all those other boring things that colleges have to be proud of. We have this giant arts festival where people can just be who they are on the streets, in stairwells, on stage, all around.”

A kick-off spectacle and performance will begin at noon at 9th and Wabash, including hundreds of student performers in medieval costumes, giant puppets, live music and balloon drops. There will be over 40 musical performances throughout the day, ranging from pop rock bands to DJ’s, blues, jazz, folk and gospel ensembles, as well as family-friendly activities including a zip-line, screen-printing, foam sword-fighting and human-sized board games.

“I think it’s an awesome opportunity to see why our school isn't like other schools, so my expectations are for everyone to try to get involved and for everyone to at least come out and experience why we're proud to go to Columbia. We all made this choice for a reason, and Manifest is a really good celebration of that,” Kinter says.

Senior illustration major and Creative Director Cassidy Kapson says, “This year’s theme, ‘Animate,’ is a way to identify the interaction, collaboration, and liveliness of our students and our overall community. We exist in a bustling, urban environment and it translates to the way we create: constantly moving, changing and breathing life into everything around us.”

For many graduating students participating in the festival, Manifest is the time to display the product of their studies and present large-scale works. Dance student Trinity Bobo (’16), who is also choreographing a performance for the festival, says, “It feels really good because I get to show off what I’ve been working towards and what I’ve been getting a degree in for the past four years.”

“When I was deciding on the college to pursue my Master's degree, Columbia caught my attention because of Manifest,” says Manifest marketing assistant and arts management graduate student Adriana Prieto (‘16). “It was amazing that a college had such a big arts festival held on the streets and concentrated it all into one day and location. No other school had that. I wanted to get involved with the organization of Manifest before even being accepted at Columbia.”

For a schedule of all the events and performances, visit colum.edu/manifest.