Nine Things to Know About "Nollywood" 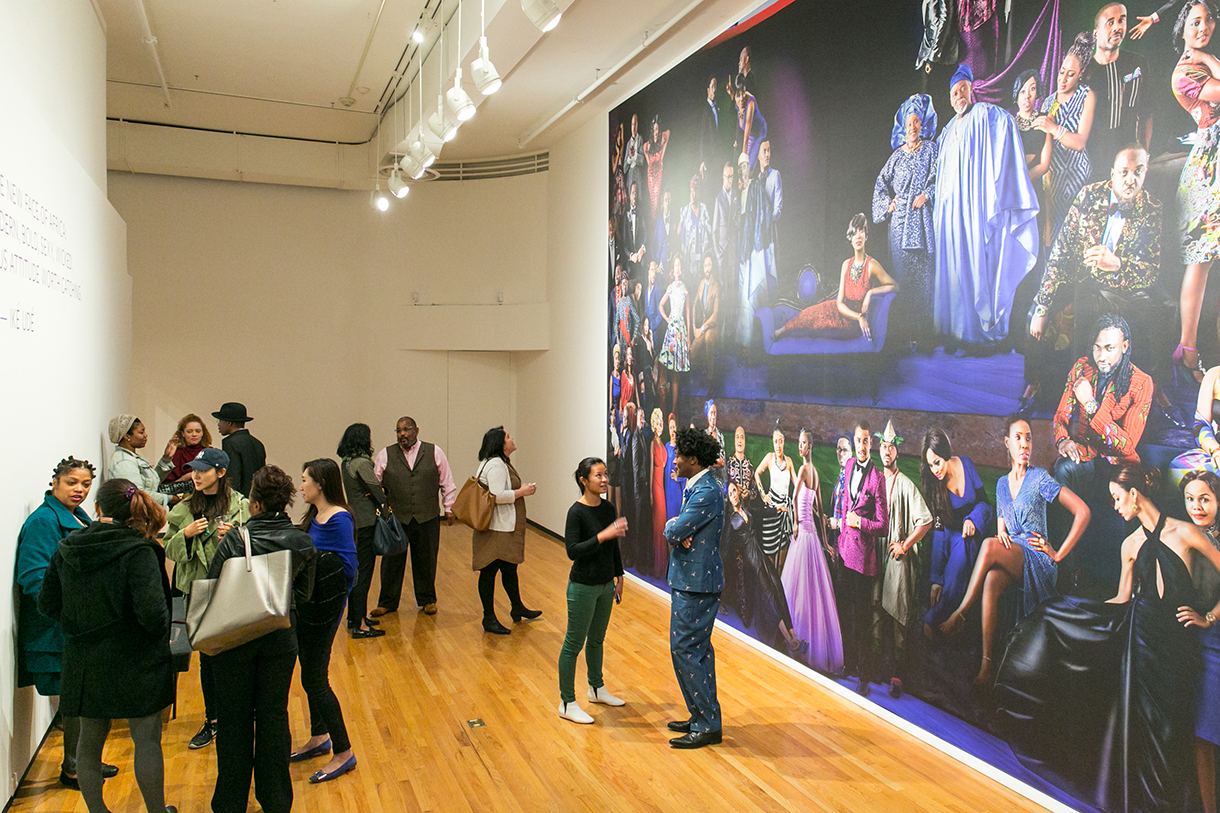 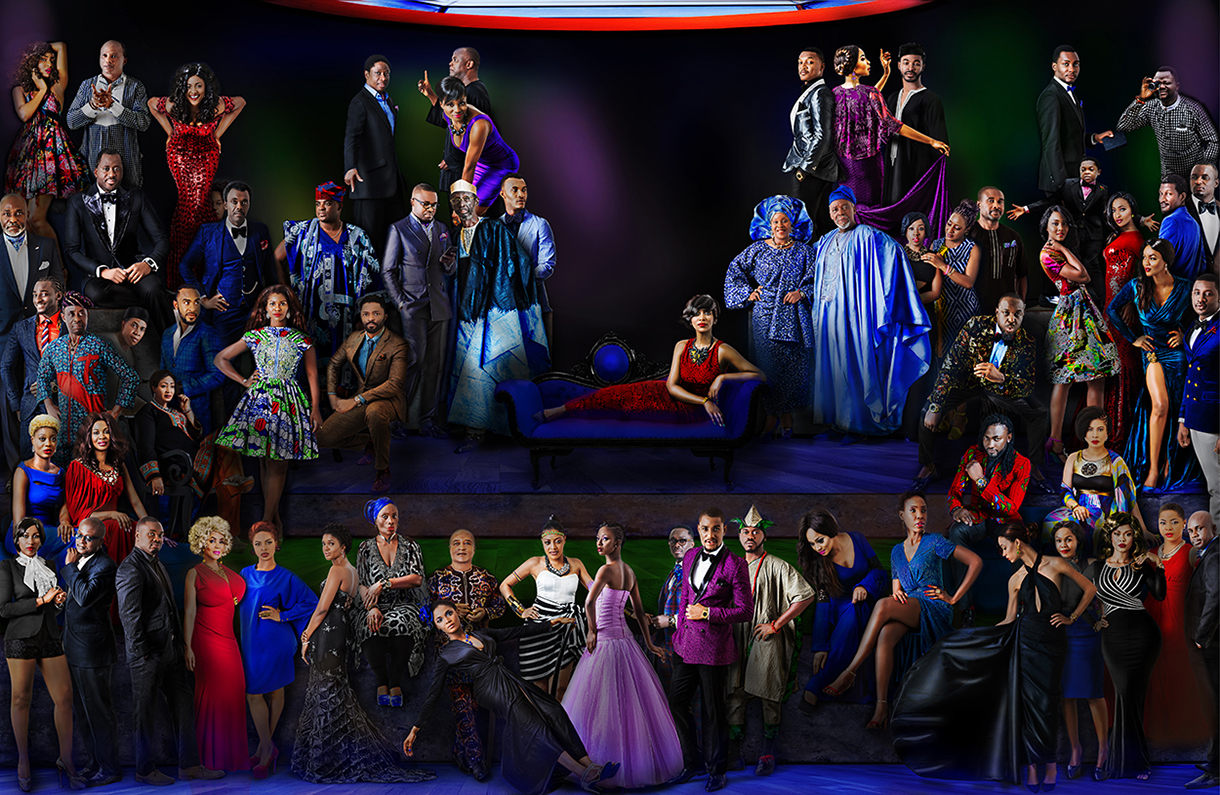 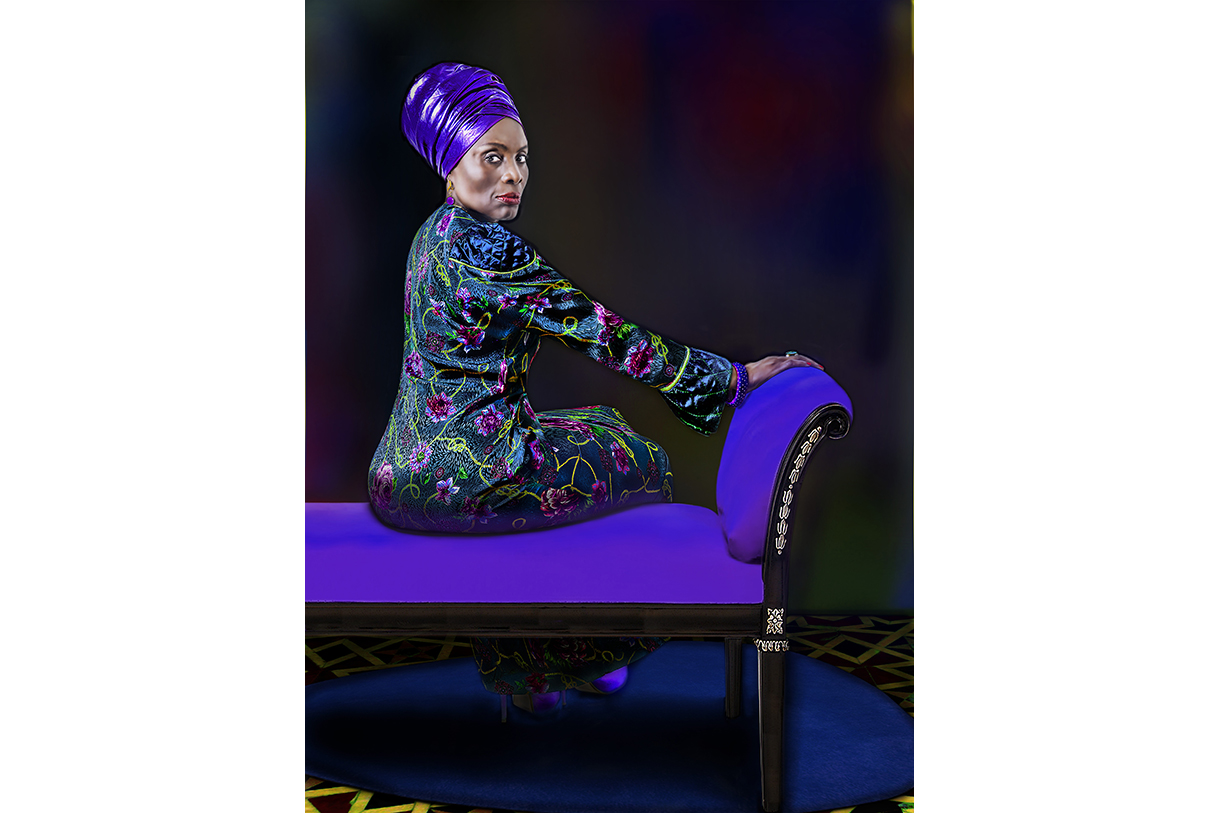 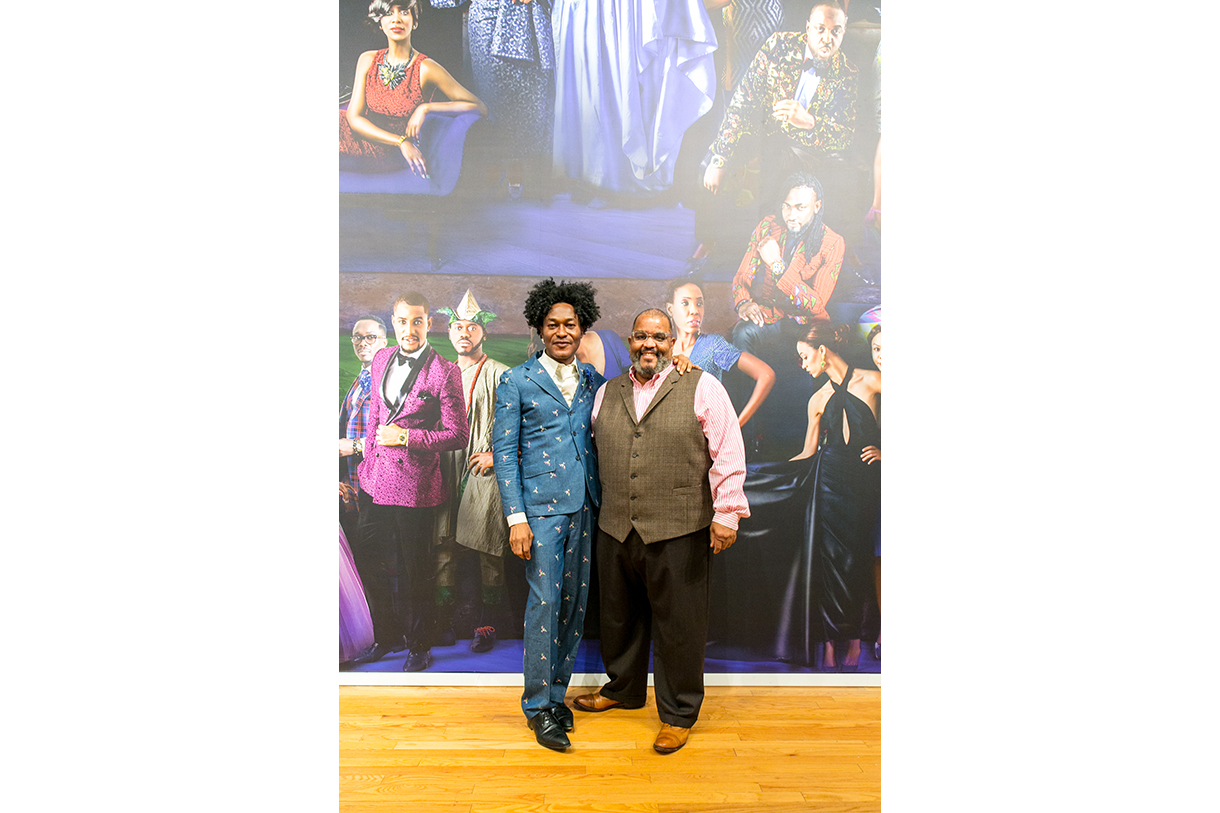 It’s difficult to ignore Iké Udé’s Nollywood Portraits: A Radical Beauty, the current exhibition at the Museum of Contemporary Photography (MoCP). The bold, hyper-stylized pieces are as much about the subjects and black opulence as the hand of the artist creating the images. There is much to see and even more to consider. Here are only nine.

1. Nollywood, the name of Nigeria’s booming film industry, releases more than 2,500 titles annually and is now the second largest behind Bollywood and ahead of Hollywood.

2. The centerpiece of the exhibition is the School of Nollywood. It is inspired by Raphael’s The School of Athens (1509-11) and Art Kane’s A Great Day in Harlem (1958). The MoCP had to create a wall large enough to mount the 16x25 feet photographic mural.

3. On the opening night of the exhibition, Iké Udé led a Lecture in Photography, a partnership with MoCP and the Photography Department. Instead of a traditional lecture, Udé read a list of provocative aphorisms such as: “When I really, really want to feel an individual, I do his/her portrait; when I want to see an individual, I dream about him/her; when I want to touch the individual I caress the picture instead.”

4. Executive Director Natasha Egan: “There is nothing documentary about this exhibition. It’s a celebration. The timing of the show is great because Nollywood is going to be a household name. We are at the blossom of a movement.”

5. Nollywood grew out of a scene similar to the DIY aesthetic. They were made with inexpensive equipment, quickly produced in weeks using unknown actors and distributed within hours of being released. Today, it is a $3 billion industry.

6. According to Egan, the sitters encompass a “range of recognizable historical poses in portraiture dating from as far back as ancient Egyptian poses and Renaissance painters, to early twentieth-century photographers.”

7. The MoCP is also featuring the artist’s previous projects Cover Girl and Sartorial Anarchy, both of which feature Udé as the primary subject.

8. Udé’s performative work both behind and in front of the camera is in conversation with Tseng Kwong Chi’s proto-selfies in Performing for the Camera currently at Northwestern’s Block Museum.

9. Udé has been featured on Vanity Fair’s International Best Dressed List three times. He was also a subject in one of the photographs in the 2015 MoCP exhibition Dandy Lion: (Re)Articulating Black Masculine Identity. Udé: “To act natural is superficial; to be superficial is more natural; to be natural is rare.”