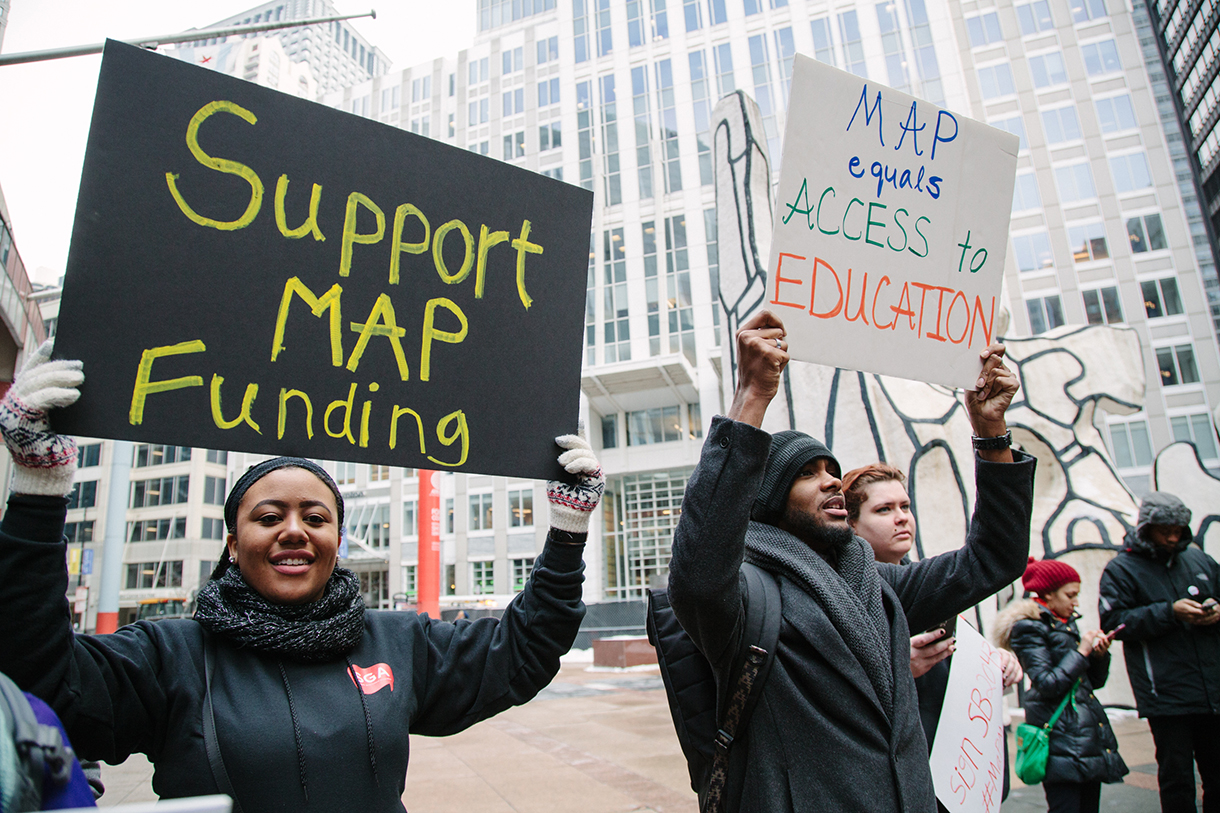 Columbia College Chicago students from the Student Government Association (SGA) and Student Organizations Council (SOC) joined college students from across the city to protest frozen Monetary Award Program (MAP) funding on Tuesday, February 16. The students gathered to draw attention to the statewide budget crisis and subsequent budget impasse that has left many financially at-risk students without promised funding since July 2015.

“I wanted to be involved because these students are part of our community. If I were in this situation, I would want my community to support me,” says SOC Chair Josh Corson, who attended the rally on Tuesday morning. “This is one of those times we need to come together and act as a whole.”

SGA President Luther Hughes, who also helped organize the Columbia group for the rally, says although he understands the budget impasse is a complex issue, he believes the governor and Illinois General Assembly are responsible for coming to an agreement as soon as possible. He says it is important for affected students to be able to return their focus to school.

According to the Illinois Student Assistance Commission (ISAC), “The MAP provides grants, which do not need to be repaid, to Illinois residents who attend approved Illinois colleges and demonstrate financial need.”

Approximately 1,900 Columbia College Chicago students rely on MAP grants to help offset the costs of their college education, reflecting a total of $7.5 million.

Because the state assembly and governor have failed to reach an agreement that would complete the state budget, MAP funds have not been disbursed.

“I’m very pleased with our organizing students, and organizers from around the city as well,” says Mark Kelly, vice president of Student Success. “Every college community needs to know about this situation and be concerned about public support of higher education going forward.”