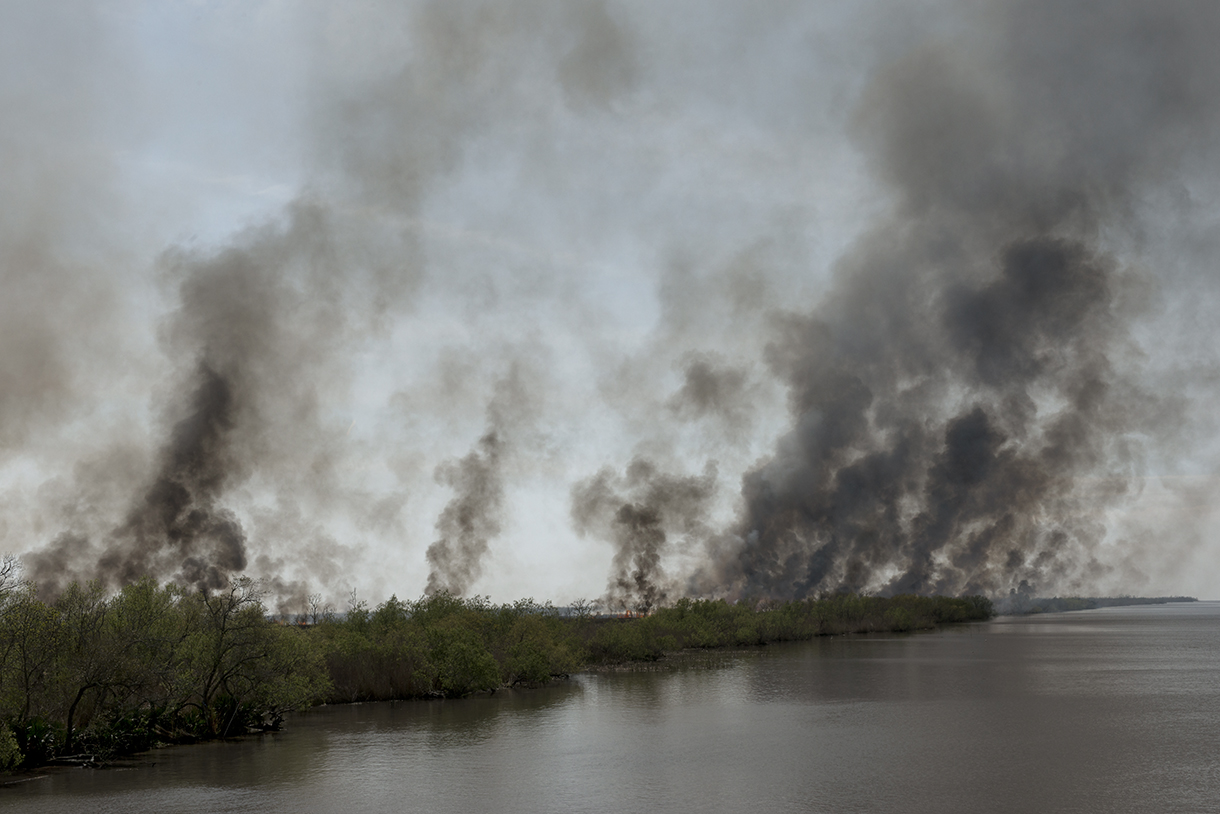 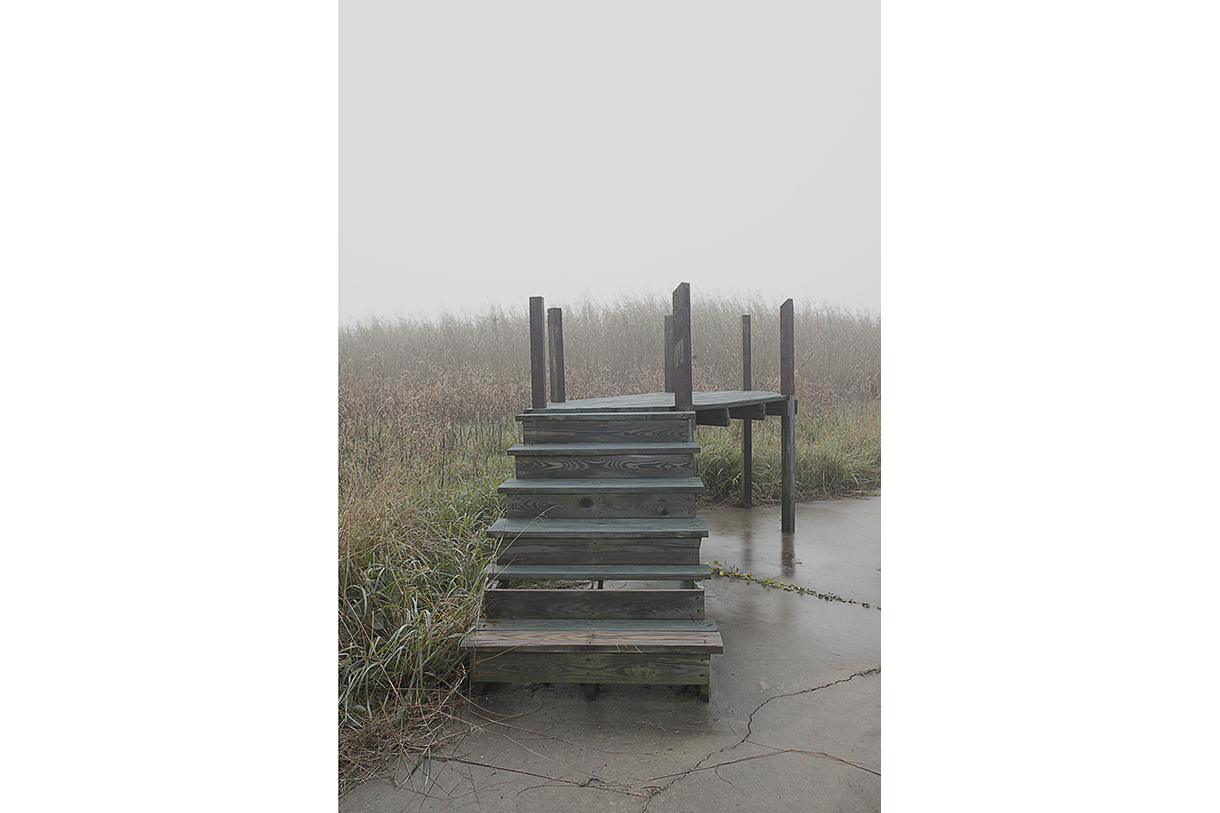 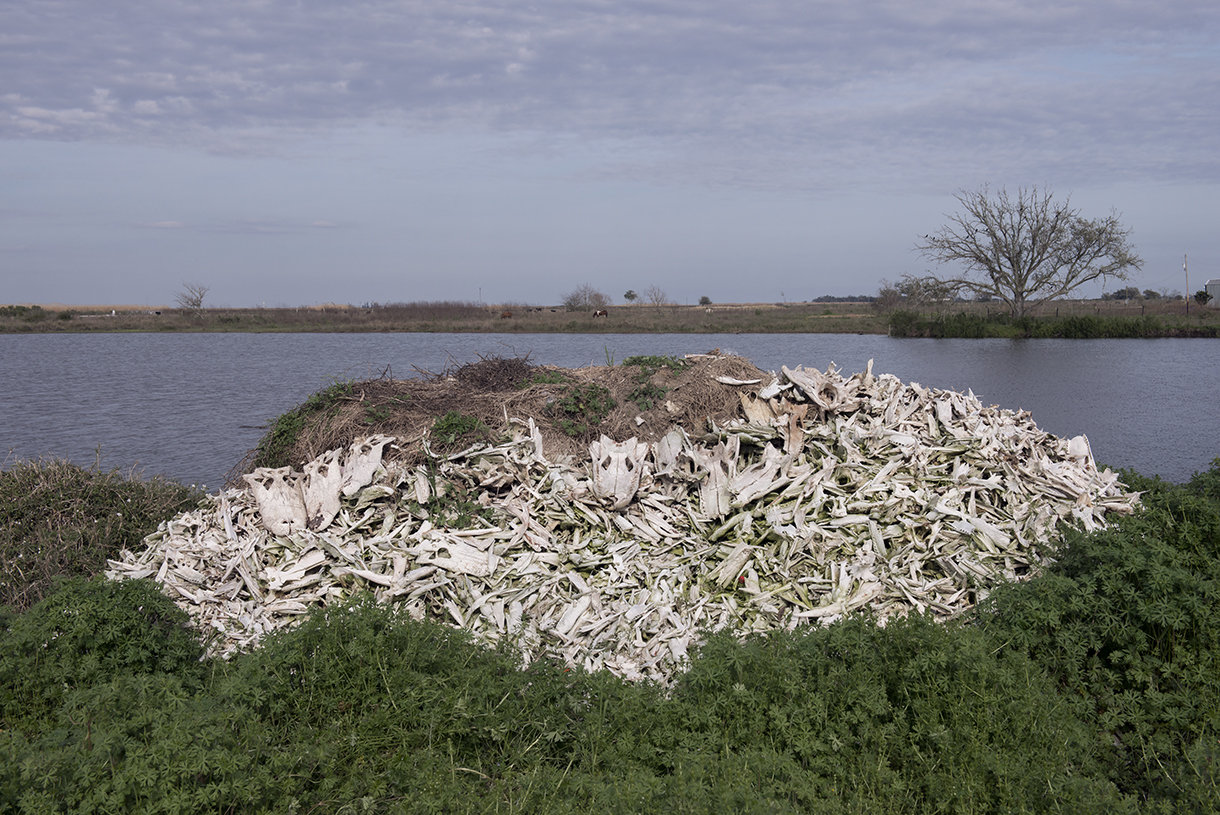 More and more, gallery spaces are being transformed into places of activism. At Columbia College Chicago, the Museum of Contemporary Photography highlighted our role in climate change in the exhibition Petcoke: Tracing Dirty Energy, closing October 9. The focus on global warming through fine art continues at the first Chicago Climate Festival in October with artist, Photography professor and keynote speaker Judy Natal. She’ll discuss her project Another Storm Is Coming, an examination of human-caused natural disasters along the Gulf Coast, and screen her accompanying videos Breathed on the Waters and Storm Redux. Natal’s work speaks for itself, but the stories behind her images and artifacts expand upon her dedication to the evolution of climate change awareness through art.

Originally from Chicago, Natal moved back to the city to teach at Columbia, and found that the landscape felt surprisingly unfamiliar: “I thought about other landscapes that made me feel alien. I had a clipping from a residency in Joshua Tree and I applied because that landscape feels so lunar. During the residency I couldn’t wash my film because water is so precious there, but it was a certain kind of film I could keep in a holding bath. Once a week I’d rent a room in a Motel 6 and wash my film at night. This was in 2003. It got me thinking about the environmental impact of photography as well as being in a place where water was so scarce. At some point I couldn’t make work anymore that didn’t talk about these issues. Having an awareness of how we impact the earth is more important than anything.”

A trip to Iceland in 2007 also helped shape Natal’s desire to document landscapes. “There was a point when I sought out places where I could see the breath of the earth. Iceland is such a young land formation, and for the first time I felt like the earth was alive. In Chicago you’re always walking on a sidewalk. But in Iceland I was walking on places so hot it would melt my shoes. The internal life of the earth is very present on the surface there. That awareness, that trip, cemented my moving toward a more socially engaged art practice that addressed environmental themes.”

The Center for Energy & Environmental Research in the Human Sciences at Rice University, Houston, commissioned Natal to create a body of work in commemoration of the 10th anniversary of Hurricane Katrina. In addition to photographs, Natal creates site-specific libraries to invite her viewers to do their own learning, through collected objects and research resources from her field work in addition to making videos. “The pieces of the projects are always talking to each other. Ten years post-Katrina, I made a photograph of a detached abandoned set of stairs and the image kept haunting me. I put the photo on my studio wall while living with it and asking myself: How can I make people see the stairs as once being a part of someone’s home, to think about the feet that crossed the stairs, daily, going about their lives? I eventually came to creating the video Breathed on the Water on sites of abandoned stairs in Port Arthur, Texas and Cameron Parish, Louisiana.” Breathed on the Water is one of Natal’s videos she’ll be screening during her keynote address. It’s a collection of songs and prayers to gods asking for safe passage from hurricanes, and ultimately an examination of faith.

It’s important to Natal that the conversation of her work is relevant beyond local geographies. “At the debut of my show in Houston, I met with a publisher to explore the possibility of creating a book out of Another Storm Is Coming. The publisher scoffed, said it was only a Gulf Coast issue. But the Gulf Coast is paying for America’s love for oil. It’s there that climate change is boiled down to its essence, and it’s a global issue.”

Natal turned the publisher’s opinion into an opportunity. “One thing I teach my students is that there are always doors opening. I came back to Chicago after that meeting knowing that whatever project I would do next, nobody would be able to say it’s a regional issue.” Her new project is focused on weather, something that affects us all. “When you say ‘climate change’ there are thousands of issues to consider. I try to look at the spaces between the issues and connect them.”

To learn more about the Chicago Climate Festival, visit chicagoclimate.org.
For more information on Natal and her projects, visit judynatal.com.