Get Reel: Authenticity in Chicago Filmmaking 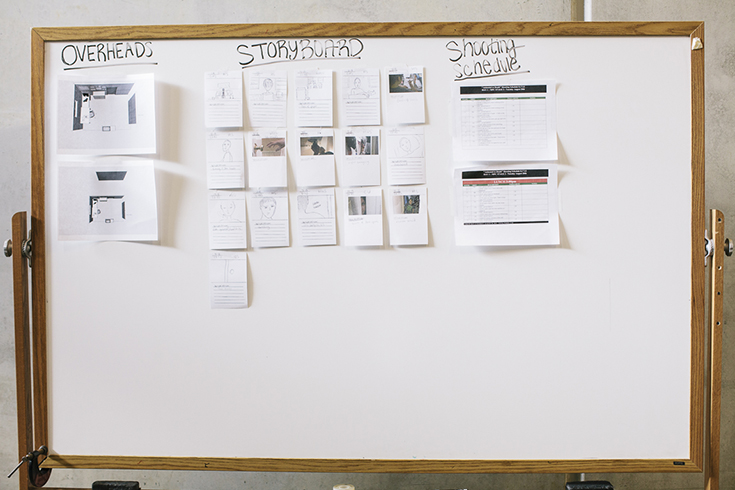 "There are so many complexities and moving parts of this city. It's like a gem with many facets."

“There’s something about telling the story of the Midwest that’s missing,” says Cinema and Television Arts Associate Professor Karla Fuller. Fuller’s background in authorship studies helps her “Big Chicago” students examine what that “something missing” might be.

Beyond the Skyscrapers
Chicago is an appealing backdrop to filmmakers for its well-known characteristics, like driving down Lake Shore Drive with the John Hancock Center in the background, or wild car chases under the L, but when films don’t give credit to the city’s complexities, their authenticity suffers. “When people don’t know a place well, they make these broad statements that are often distorted,” Fuller says.

Authentic depictions of Chicago in film is important to Fuller, who has studied underrepresentation in media for decades. “We can do better,” she says. “Have you seen significant depictions of Asians in [Chicago]? I haven’t. There’s a huge story that hasn’t been told. There’s a lot of room for opportunity.”

Into the Neighborhoods
Fuller says the films that get Chicago right treat the city like the intricate place that it is. Ferris Bueller’s Day Off and Cooley High, for example, use Chicago as a character: a complex, urban space that plays a critical role in the movie’s plot.

Getting out of the Loop is one way to pay homage to Chicago’s enigmatic nature. “There’s a saying that to get to the universal, you have to get to the specifics,” Fuller says. “I believe that you get at the heart of this city through the specifics of neighborhoods.” Fuller screens Call Northside 777 to her “Big Chicago” students, a film shot in the Wicker Park and Back of the Yards neighborhoods. This film, she says, portrays Chicago well by giving viewers a look at the city’s many sides. “It’s like a gem with many facets,” she says.

Complex Place, Complex Stories
Representing a place as pluralistic, and not just as a distorted depiction of skyscrapers or violence, is crucial to authentic Chicago storytelling. “The key is nuance,” Fuller says. “There are so many complexities and moving parts of this city. I think calling on black and brown artists is wonderful. We need their underexposed voices to tell these underexposed stories of Chicago.”

This semester we'll cover each of Columbia’s “Big Chicago” courses – classes designed to connect students with the city of Chicago led by top scholars and practitioners in their fields.