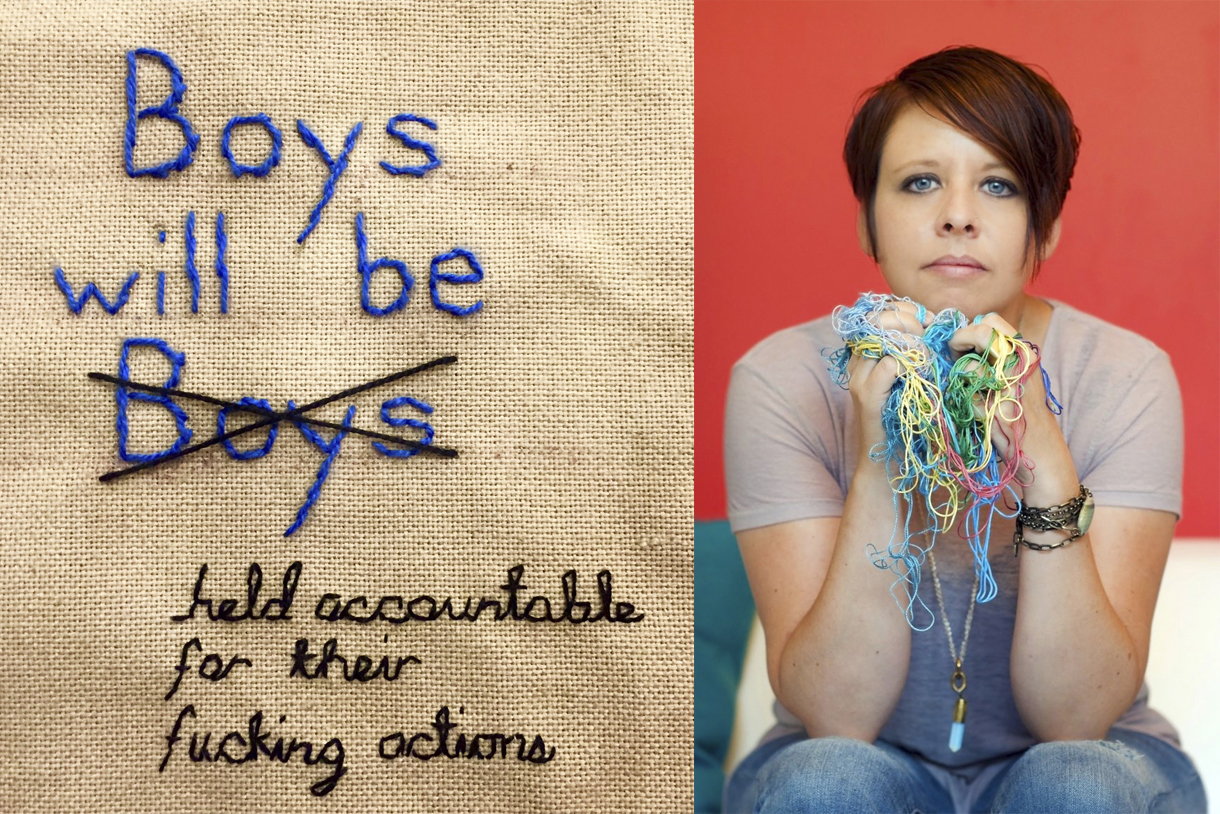 Double-edged Sword of Going Viral
Business and Entrepreneurship faculty member Shannon Downey decided to speak up. Her embroidery piece “Boys Will Be Boys” went viral, but attribution to her was nowhere to be found.

“It went off without me,” says Downey, who watched her hand-stitched piece, initially made in response to Trump, reemerge during the first days of the Harvey Weinstein scandal.

Downey, who sees herself as an activist first, took to her Instagram page @badasscrossstitch with a message about authorship and allyship. 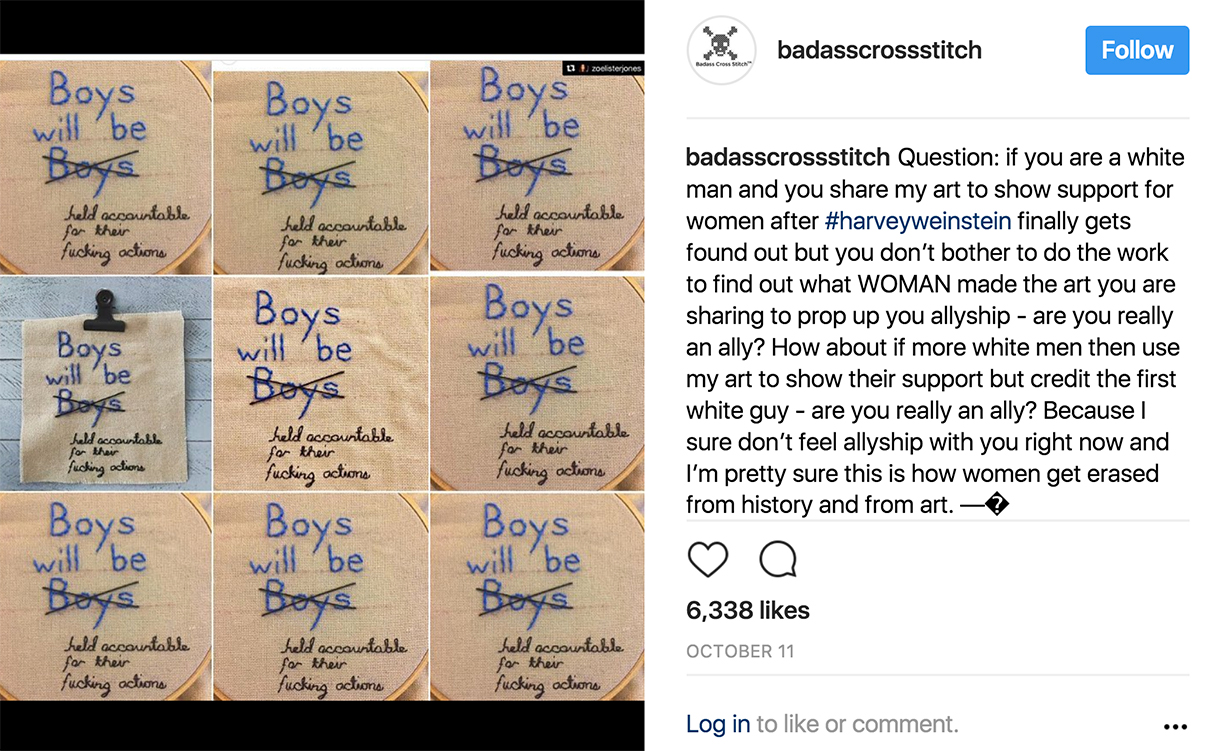 “I’m not into call-out culture so it wasn’t about naming people or tagging people,” says Downey. The first two people who helped circulate her work without attributing her were white, cis males. This irony wasn’t lost on Downey, who wanted to show that the traditionally female craft can be more than domestic or decorative. It can be artistic, angry, and most of all, carry a social message.

People began attributing Downey retroactively and the online community helped to enforce the rules of engagement on how her work was being shared. “Online, people have gotten too comfortable with the reappropriation of other people’s work,” says Downey.

Downey would argue that the unfathomable speed of the internet should not preclude the necessary conversations when it comes to art. “Who gets to tell their narratives, authorship, plagiarism—these are things we absolutely need to talk about, especially now.”

Empowering a New Generation of Activists
What excites Downey most is seeing people enter activism who might not otherwise see themselves as activists. “There is so much egregiousness happening in the world; none of this is normal,” she says. “Folks are thinking I have to do something, I have to say something.”

Craftivism, which gained wide attention during the AIDS quilts of the 1980s, becomes an important tool for pointing to social issues for many people. “It’s a handy gateway, a way to get their feet wet and maybe build some muscle around how to do this,” says Downey. “Things like pussy hats, embroidery…these are small steps toward larger, more complex problems.”

Badass Projects in Process
While creating work at the Chicago Weaving School, she began experimenting with royal textiles and goldwork embroidery—two things that demand a lot of time. That led her to her current project: a series of Feminist War Flags.

This winter, Downey will work with a blacksmith to learn how to forge iron stanchions for the flags. Once they’re complete, where will the flags go? “They’ll be too heavy to march around with,” says Downey, “but I’d love for them to be displayed somewhere or exhibited for people to see—to mark a period of time.”

Additional information:
Currently, Downey is teaching a Management for Designers course. In addition to teaching at Columbia, Downey teaches at DePaul, and also serves as the Development Director for Asian Americans Advancing Justice | Chicago.