Who is Chicago for? 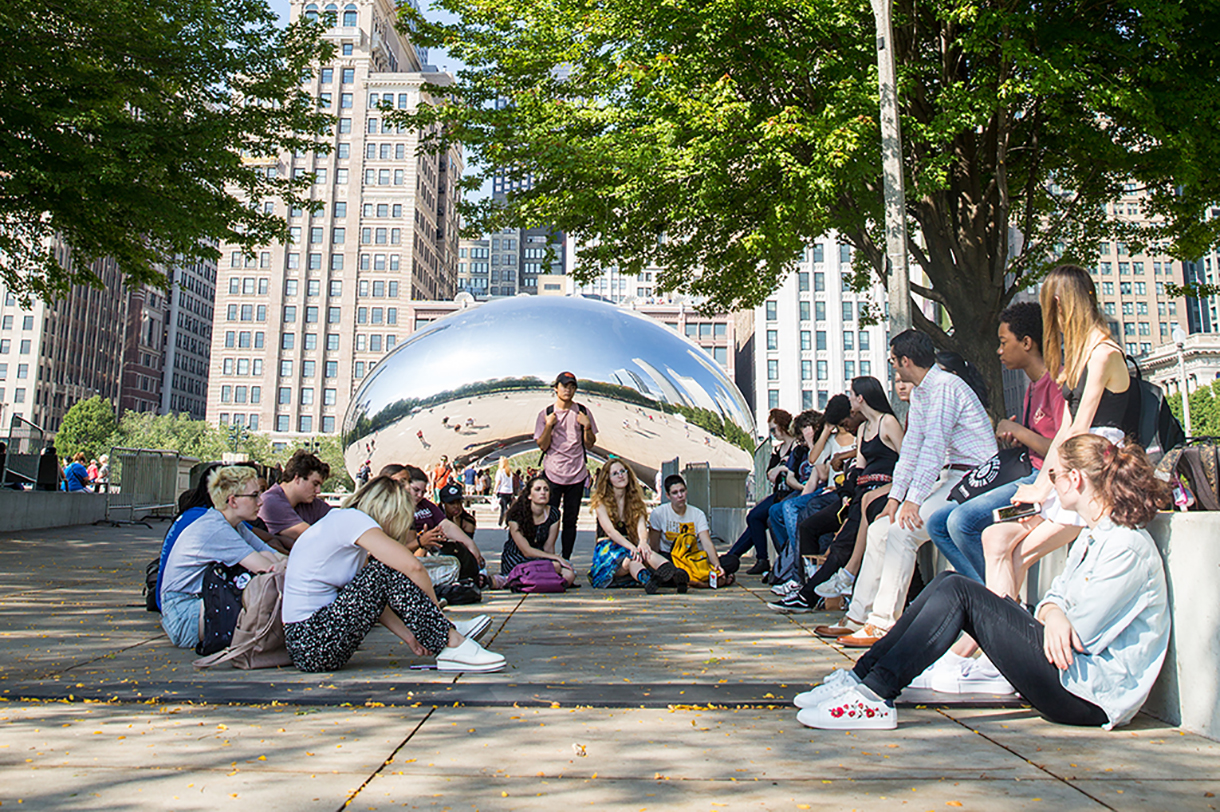 When students begin their first semester at Columbia, they may not be stopping to consider the larger layout of the train system, or what their campus might be like without the green space of Grant Park across the street. But Art and Art History Associate Professor Joan Giroux and Design Assistant Professor René King hope they’ll examine city design elements like these and better understand the place they now call home.

Big questions drive Giroux and King’s “Big Chicago” course, Chicago: Access, Activism, Agency. “Some of the questions aren’t easy,” says King. “We ask them to consider how politics influence neighborhood development. What do we gain and lose as we develop our cities? And who is Chicago for?”

King uses maps and renderings to teach her students how the physical layout of a city can limit or give privileged access to certain neighborhoods. “There’s been a lot of redrawing of maps, and when we study the wards of the city, students are introduced to gerrymandering,” King says. “There are some wards that have strange shapes that are connected by narrow threads.” 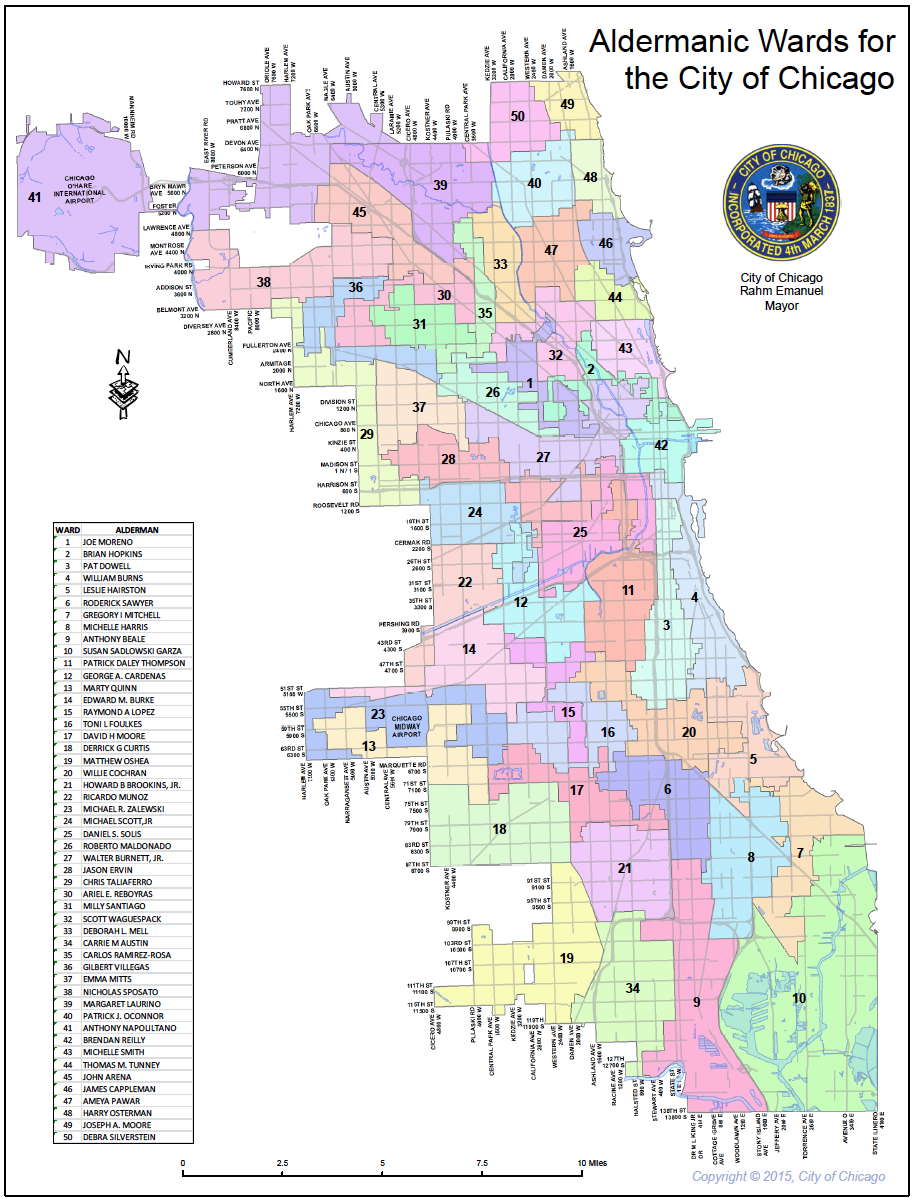 Studying the 1960s opposition to the University of Illinois at Chicago’s Circle Campus challenges students to consider who Chicago’s neighborhoods are for, a central question to the course. “Cities are designed in a particular way that influence our interactions with them,” King says. “Anything from basic services, to transportation, to green space.” King wants her students to begin noticing everything—including bus routes, grocery stores, garbage removal—as part of a larger system. “I want to give students a way to see and understand these systems they walk past every day. We’re trying to bring an awareness to urban design.” 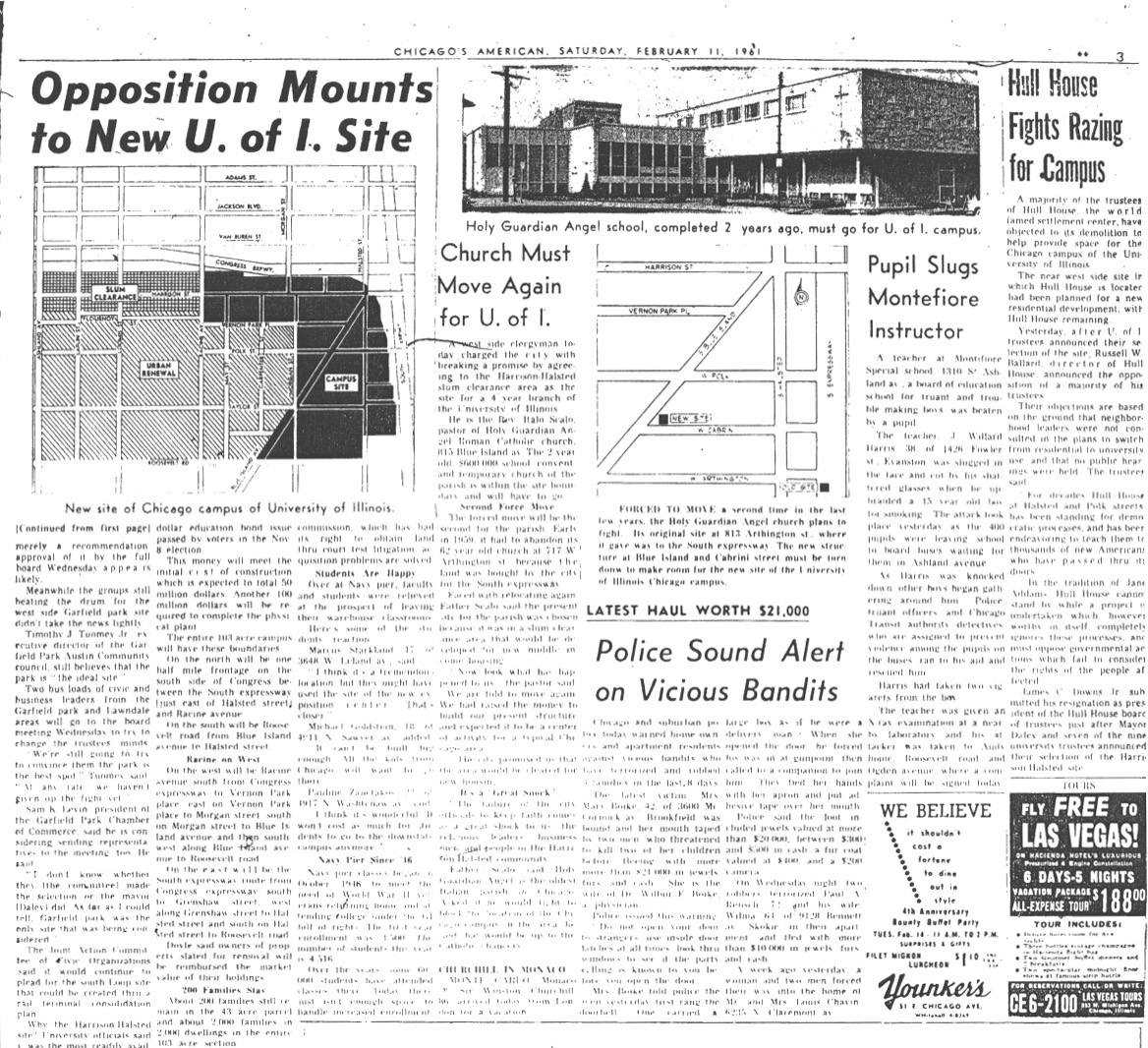 Sources such as Chicago's American (1961) are used in the course to discuss historical conflicts in urban planning.

Just as the city’s design impacts its residents, so do its political and social forces. “We focus on how Chicago’s unique history as a site of activism, protest, and political turmoil are related to urban design and sustainability,” Giroux says. In class, students watch a TedX talk with Drew Dudley about everyday leadership. “He was talking about being a leader through very small actions in your immediate circle, and that can have great impacts and ripple effects,” says Giroux. “We reiterated that throughout the semester.” Students bring it back to local community activism when they view Chicago native Theaster Gates' TED talk, titled “How to Revive a Neighborhood: With Imagination, Beauty, and Art,” and learn about Gates’ Dorchester Projects.

“We were slowly starting to reshape how people imagined the South Side of the city,” Gates says in the talk. The artist engages neighbors and navigates the systems in place to change his neighborhood, growing a community-based artistic practice.

Like all “Big Chicago” courses, students leave the classroom and go into the neighborhoods they study. Both Giroux and King have received emails from students with ideas about how they can activate change through the student’s chosen discipline. “We talked to them about the ways their field—whether it’s journalism, film, acting, or writing—how those things can create possible solutions to problems,” says Giroux.

More than anything, the students and new Chicagoans have a stake in their city. According to Giroux, what makes Chicago activism unique is “the idea of people coming together and supporting each other in ways that aren’t pushing a particular agenda.” Both Giroux and King hope that they can impart that agency to their students. “Civic leaders, business leaders, and individual citizens within communities can potentially rally people around making changes,” says Giroux.