Afrofuturism Then, Now, and 'In Their Own Form' 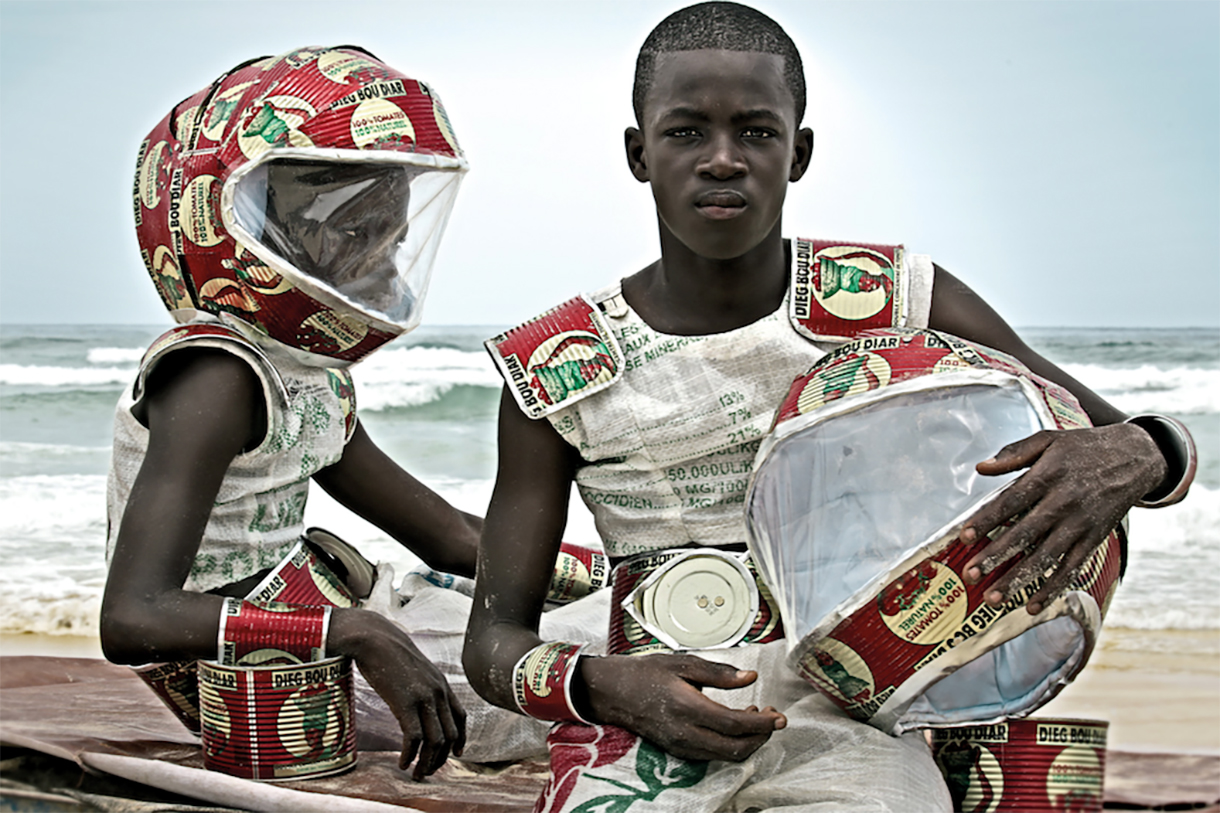 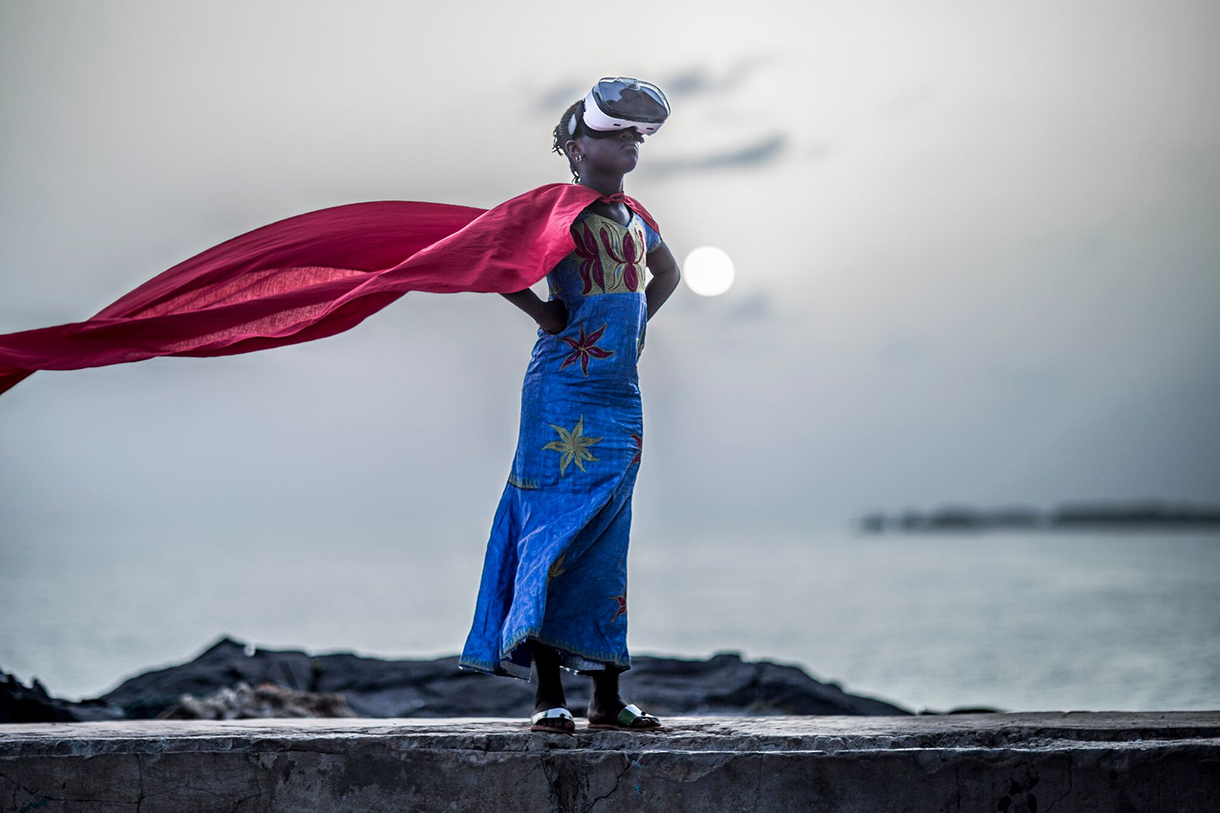 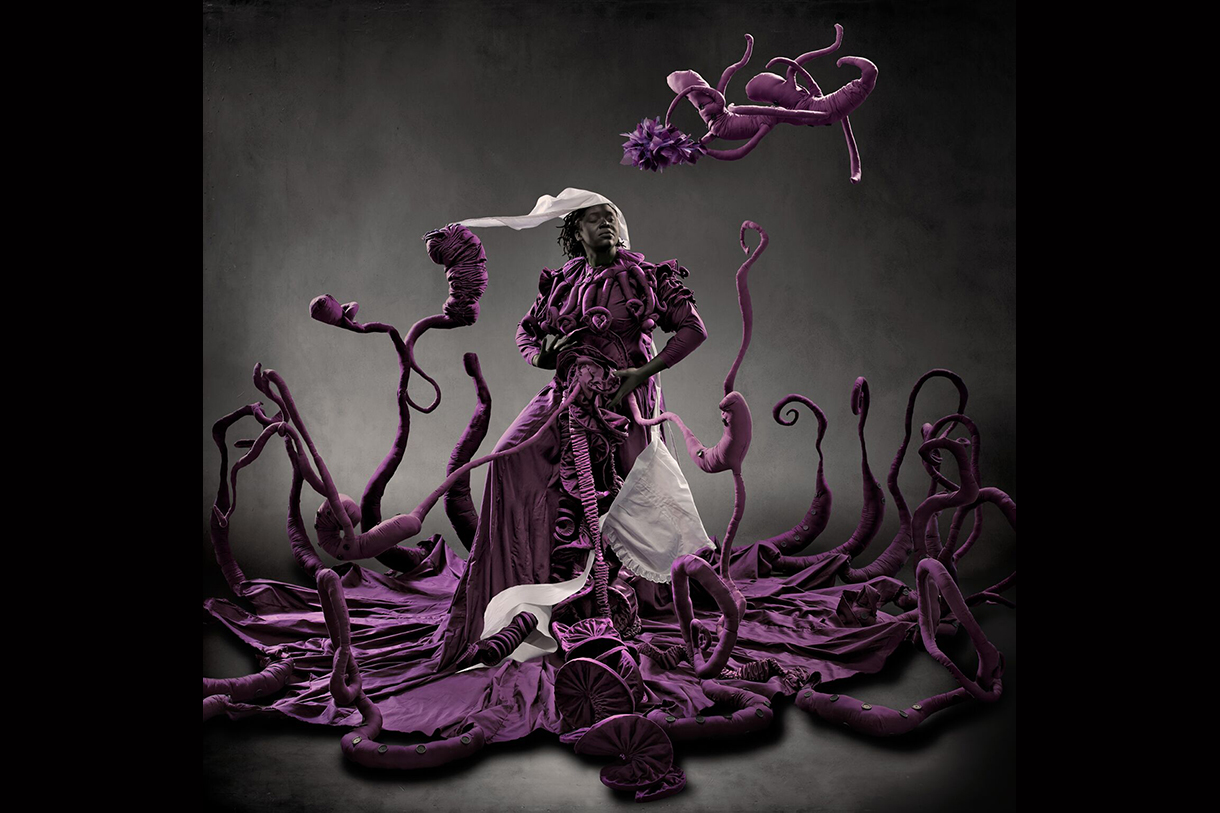 "A Terrible Beauty," Mary Sibande, 2013. Courtesy of MoCP.
The MoCP's new exhibition brings an opportunity to revisit the roots of Afrofuturism.

As Black Panther continues to introduce Afrofuturism to movie audiences around the world, the movement itself has roots that go far beyond the Marvel Universe. In Their Own Form, the current show at the Museum of Contemporary Photography (MoCP), provides many ways to see Blackness through an Afrofuturist lens.

Afrofuturism is a cross-disciplinary movement that reimagines Blackness through elements of science fiction and fantasy, spanning music, art, literature, and other creative forms. Though the term was first coined in Mark Dery’s 1994 essay “Black to the Future,” the Afrofuturist movement has existed for centuries. Afrofuturist ideas can be traced as early as Frederick Douglass’ 1852 fiction work The Heroic Slave or the early writings of Black liberator W. E. B. Du Bois. For many, it was popularized by the science fiction novels of Octavia Butler or by prolific 50s jazz musician Sun Ra’s cosmic philosophies and eclectic personal mythology. Former Columbia student Ytasha Womack—who wrote the book Afrofuturism: The World of Black Sci-Fi and Fantasy Culture during her time at Columbia—argues that the Afrofuturist movement can be linked all the way back to ancient African storytelling traditions.

Afrofuturism is a cross-disciplinary movement that reimagines Blackness through elements of science fiction and fantasy, spanning music, art, literature, and other creative forms.

The name In Their Own Form comes from anti-slavery supporter Ralph Waldo Emerson’s 1844 essay “Emancipation of the Negroes in the West Indies.” In it, Emerson writes that “the Antislavery of the whole world is but dust in the balance, a poor squeamishness and nervousness; the might and the right are here. Here is the Anti-Slave … now let them emerge clothed and in their own form.”

The MoCP’s first Curatorial Fellow for Diversity in the Arts Sheridan Tucker Anderson, who curated In Their Own Form, writes that Emerson “uniquely emphasizes the importance of subjectivity and representation expressly present in photography.” Anderson echoes this sentiment through her curatorial decisions: The exhibition showcases 33 works from 13 international artists spanning a range of Afro-Diasporic experiences, including work from Kenyan creator Jim Chuchu, whose work is currently featured at the Smithsonian National Museum of African Art; Fulbright Scholar Alexis Peskine; 2014 New York Foundation for the Arts Fellow for Photography Ayana V. Jackson; and others. 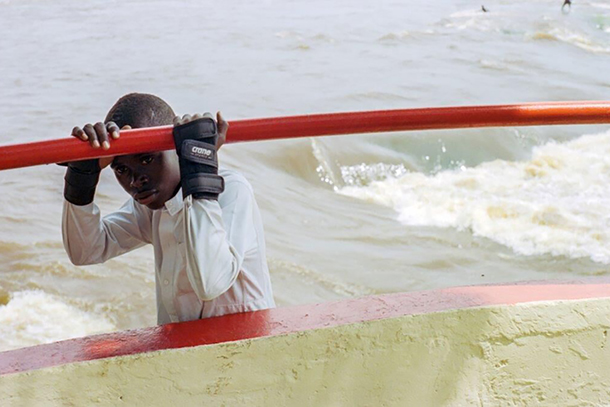 The timing of the show’s opening coming on the heels of Black Panther was a “total coincidence,” says Anderson, who spent a year and a half researching for the show, her first for the MoCP. Though the film’s blockbuster success will bring new audiences to the MoCP, she thinks it’s necessary to remember that “these things have been happening forever” and that the artists featured follow a long-running tradition of reshaping their troubled histories and connecting with their heritage through art. “The transatlantic slave trade spread an entire population across the planet,” says Ayana V. Jackson, the U.S.-born and Johannesburg-based artist. Jackson notes that “the imagination wanders” as a result of being in one place, knowing that people like her are always elsewhere. Through her work in the show, Jackson believes “we see ourselves in a more complete way through each other.”

In this cultural era, Anderson wanted to examine escapism and its origins. She envisioned In Their Own Form as a show without perimeters. She asked: “How could it occur? What ways can it shape a work, a society?” Through her research, she found threads that consistently connected to the past: “Nostalgia informs escapism,” she says. This might as well be the defining characteristic of Afrofuturism, which isn’t only about the future, but also about changing the ways people see the past.


Additional Programming:
All events held at the MoCP (600 S. Michigan Ave.) unless noted.

Beyond Black Panther: Celebrating Sci-Fi in Books and Comic Books
Friday, May 11
1-5 p.m.