Confronting the Legacy of Whiteness 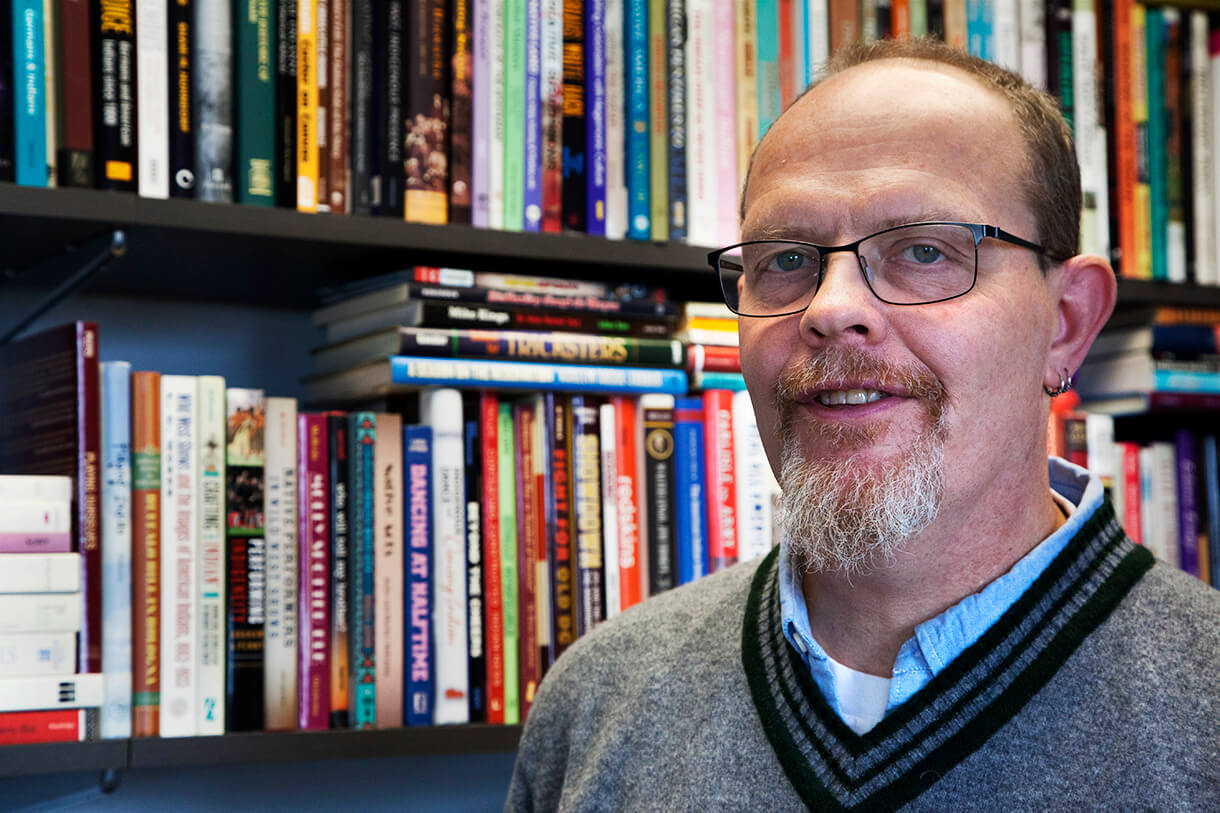 C. Richard King joined Columbia this fall as the new chair of HHSS. Photo: Meghan Shannon
Chair of the Humanities, History, and Social Sciences Department C. Richard King discusses his vision for the department and how his scholarship applies to his new role.

"Sports are more than bodies in motion. I think of sports as being like many other domains of popular culture or expressive culture, which means it's a place to see how politics and culture collide."

Humanities, History, and Social Sciences (HHSS) Chair C. Richard King writes and teaches about the complexities of whiteness. His most recent book, Redskins: Insult and Brand, explores the NFL team’s logo and mascot’s disturbing history as well as popular attitudes toward Native Americans today. And much of the current conversations are rooted in the power of whiteness, whether it’s voter suppression during the midterm elections or football players protesting police brutality.

With a from the University of Illinois, King is a trained anthropologist whose scholarship engages directly with the racial politics of culture, with particular interests in the uses and understandings of Indianness, white supremacist movements and ideologies, and the forms of memory, representation, identity, and power animating race relations.

“We are very fortunate to have such a well-seasoned administrator and accomplished scholar join Columbia College Chicago at this time as we reimagine our core curriculum and expand academic programs beyond traditional disciplinary borders and department silos,” says Dean of the School of Liberal Arts and Sciences Steven Corey.

“Rich adds a level of scholarly depth to our wide range of critical culture, race, and gender studies offerings. I am excited to work with him as he leads the HHSS Department into new and exciting directions.”

King, who goes by Rich, began his first semester at Columbia this fall. Here, he shares his vision for his classroom and the HHSS Department.

Q: What draws you to indigenous peoples and rights studies?

When I started studying anthropology, I was looking primarily at indigenous issues. Over time, my work has migrated a bit. I would not say my thinking is limited to just ethnic studies anymore. I will say that my three areas of study in pop culture, mascots, and white power movements, which all overlap in important kinds of ways.

When I moved into the area of ethnic studies, my interests became comparative; meaning, I was thinking about the different ways that race and racism work on different communities and populations in the US. Thinking about those issues is something I really like to do in my work and in the classroom, particularly thinking about how race and gender or race and sexuality complicate those relationships.

I ended up co-writing the book Animating Difference: Race, Gender, and Sexuality in Films for Children, in part because I have kids who watch films, and every time I watch with them, certain things would just catch me. When that happens, you really have to pay attention. One of my mentors said to me, “when you have this kind of moment, you have to attend to it.” Those are the moments when I think, “I need to work through this stuff.”

Q: There has been continuous coverage about athlete protest, especially in the NFL. Recently, Rihanna and other artists have declined at the halftime event for the Super Bowl in solidarity with the protests centering around police brutality. How do you see your scholarship in conversation with recent events in sports protest and activism?

Sports are more than bodies in motion. I think of sports as being like many other domains of popular culture or expressive culture, which means it's a place to see how politics and culture collide. Participants, audience members, players, coaches, media, and owners each formulate identities, narratives, and understandings confronting what it means to play, what it means to be in that particular space, or what it means to be from—or not from—a city.

As much as people might want to think of the “good old days” as sports being simple and easy, sports have always been a site of struggle. It’s always been a place in which people who have been disempowered push back. The protests today indicate the changing political landscape in the US, which says something about how different bodies or voices are marginalized and disempowered, or it says something about the urgency of certain issues that get easily ignored. 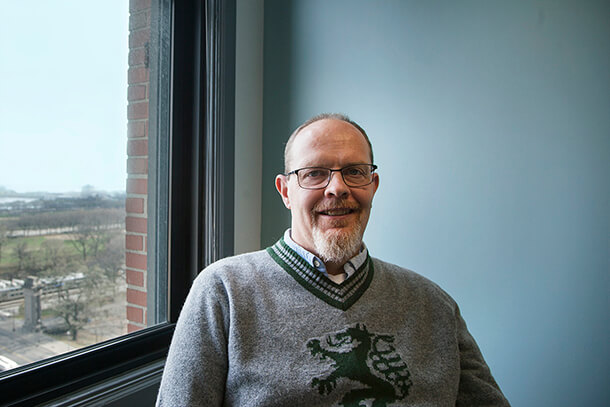 Q: What about Columbia’s students and the HHSS Department excite you?

Columbia is exciting because it fosters a dynamic space, one that exists by simply being creative and simply being knowledgeable. I teach my first class in the spring 2019 semester, but my experience so far suggests the students that come to Columbia are unique because they want to be in that dynamic space. The population here is and promises that the classroom will be an exciting place to do work.

Many times, students think that academic writing can be dull, boring, or burdensome, but I think the work of academics is a very creative process. Often, there is this false dichotomy between creating art and doing scholarship, but they're very much the same thing, and can often arrive at the same places.

Q: How are you hoping to engage students in the HHSS Department?

If I can help my students become more critically literate and give them the tools to better understand the languages and rhetorics that are involved in how different constituencies talk about and use race—that, to me, would be a success.

I’ve experimented with allowing students to do projects instead of papers. I think different students have different skill sets and want to explore or engage problems and issues in different ways. That's one thing I'm really looking forward to doing in my classes: seeing how students are engaged in digital art, photography, or other media, and how they would approach material that we're discussing in the classroom in the context that they feel particularly excited about.