Haystack and Columbia Craft a Community 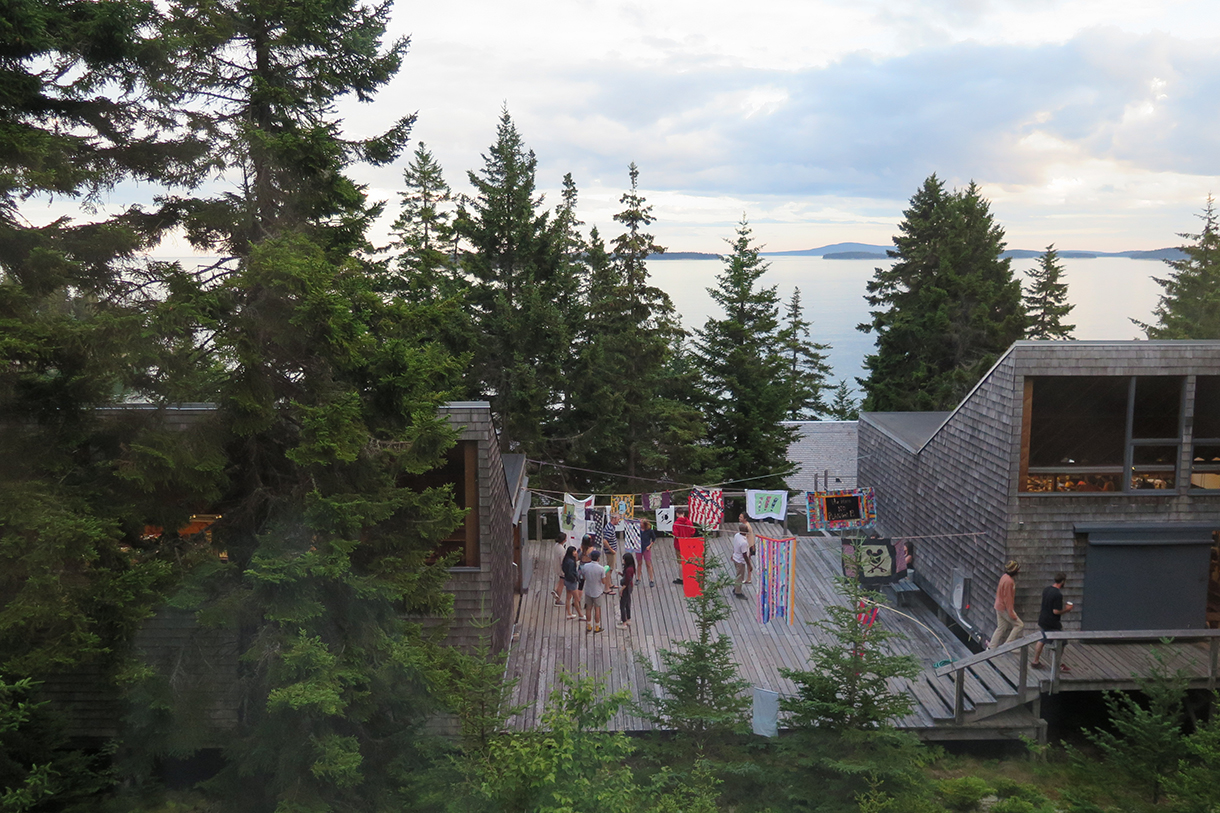 Art and Art History Associate Professor Folayemi Wilson founded the fellowship and partnered with the DEI Office to offer students of color a “transformational experience” at the Maine craft school. Photo: Aaron McIntosh. 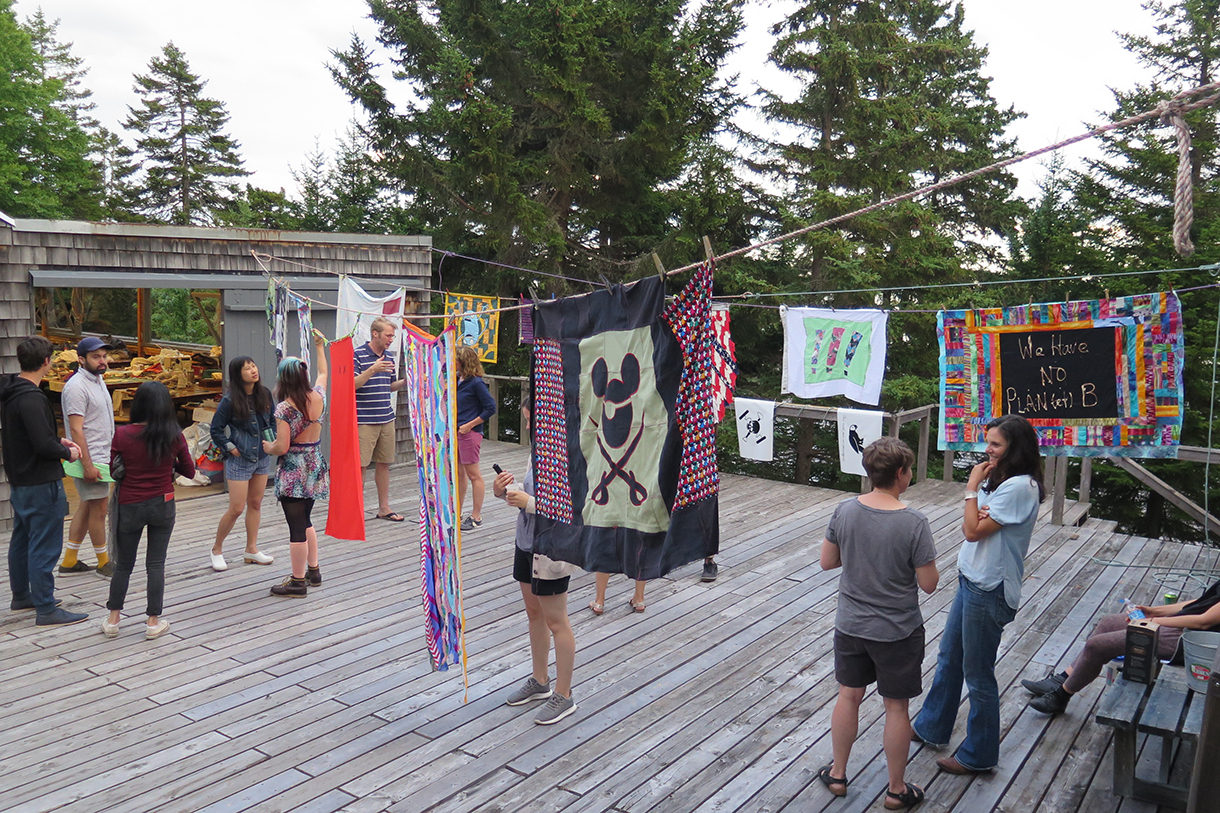 This summer, Art and Art History Associate Professor Mel Potter will be teaching the workshop “Botanical Alchemy—The Art of Turning Everyday Plants into Paper” during a session that takes place before the Columbia students attend Haystack. Photo: Aaron McIntosh.
Haystack Mountain School of Crafts partners with Columbia to offer fellowships for students of color exploring the haptic arts.

As our relationships to the world turn increasingly digital, many people seek ways of logging off and reconnecting through hands-on, or haptic, analog experiences. “In a technocratic culture, the haptic touch is something we’re desperate for,” says Art and Art History Associate Professor Mel Potter.

The Haystack Mountain School of Crafts in Maine provides artists and craftspeople a place to reconnect to the world and their work. Founded in 1950 and considered to be the “bedrock of the craft movement,” the school offers workshops and residencies for artists and makers of all levels.

Haystack recently created an initiative to improve the population diversity of their elite school. Art and Art History Associate Professor Folayemi Wilson tapped Potter to help establish the fellowships for Columbia students of color, in partnership with Columbia’s Academic Diversity, Equity, and Inclusion (DEI) office. In 2017, Haystack offered 120 students funding to participate in their workshops, including four Columbia student artists.

“Haystack has taken its commitment to diversity seriously,” says Dean of Academic DEI Matthew Shenoda. “They’ve implemented these fellowships to visibly and systemically change not only the way their organization has traditionally operated, but the ways that craft traditions are accessed and understood.” 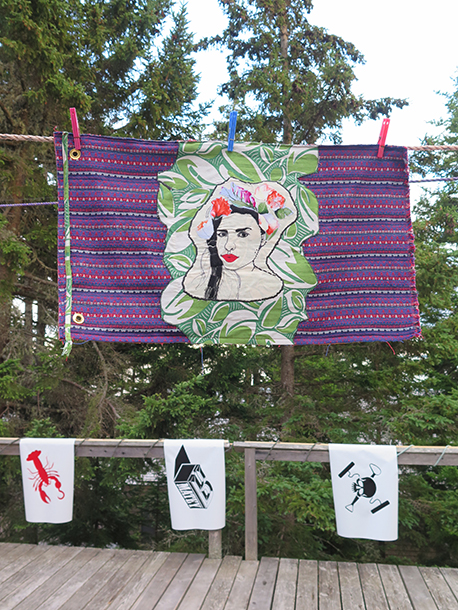 “Craft has a long legacy, nationally and globally, in socio-political movements, feminism, non-dominant narratives, and immigrant communities,” says Potter, who will teach a craft workshop at Haystack this summer. “It provides people, especially historically marginalized people, a language to find common ground through their hands,” she says.

Shenoda believes the partnership between the college and Haystack gives Columbia students an opportunity that can be both new and informative for them as well as the individuals at Haystack. “Columbia is an urban institution with deep roots in Chicago and the city’s arts infrastructure, while Haystack is a rural institution with deep roots in a set of traditions and engagement with their environment,” says Shenoda.

The faculty panel consisted of Potter, Shenoda, Fashion Studies Assistant Professor Melissa Gamble, and Interactive Arts and Media Assistant Professor Mat Rappaport. Potter considered the selection process “a little radical” because it required no artistic portfolios, only a writing sample. Potter and Shenoda chose this route to democratize the screening process and not privilege students (likely, graduate students) with deep portfolios of work. “We wanted to catch students at that great moment of potential,” says Potter. “We’re hoping that this experience has a transformational effect on their practice.”

Last summer, Columbia piloted the fellowship and sent four Art and Art History students of color to Haystack, including Interdisciplinary Arts and Media MFA candidate America Salomon. “Going into my thesis year, it was amazing to have time to simply make outside of the context of my graduate experience,” says Salomon. The specific workshop I was in opened my eyes to aspects of my identity that I realized I wanted to explore in my work. Ultimately, the sense of community and camaraderie that I built with people over such a short period of time was nothing short of extraordinary,” says Salomon.

Salomon, who works primarily in visual media, sees this kind of award as critical for students of color. “It affords us the opportunity to be part of communities in which we are normally underrepresented—the American craft school experience, small-town Maine, etc.,” says Salomon.

Haystack has committed to continuing the fellowship program through the summer of 2021.

“Had I not received this fellowship, I might never have interfaced with any of these communities," says Salomon. "Craft, its history and its current practice, is so global and multicultural. It only makes sense that a school devoted to it should want its student body to be reflective of this.”