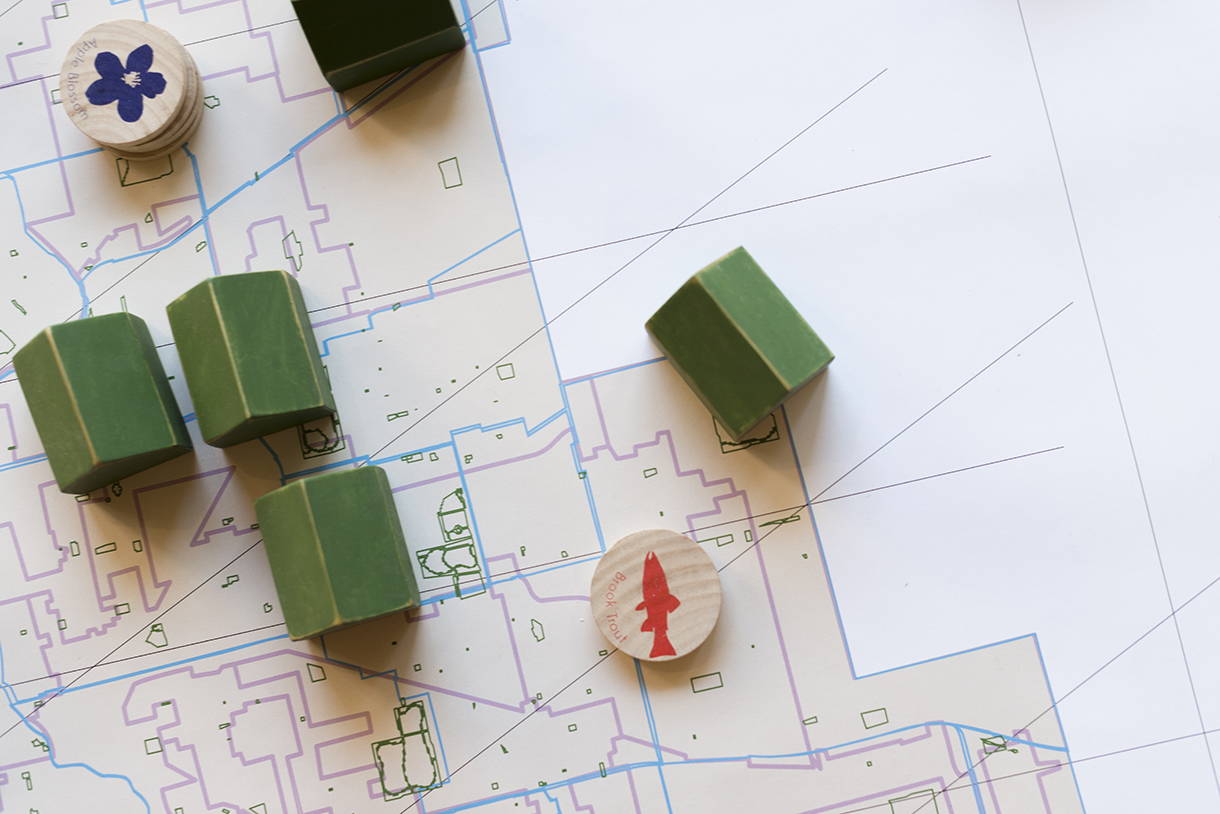 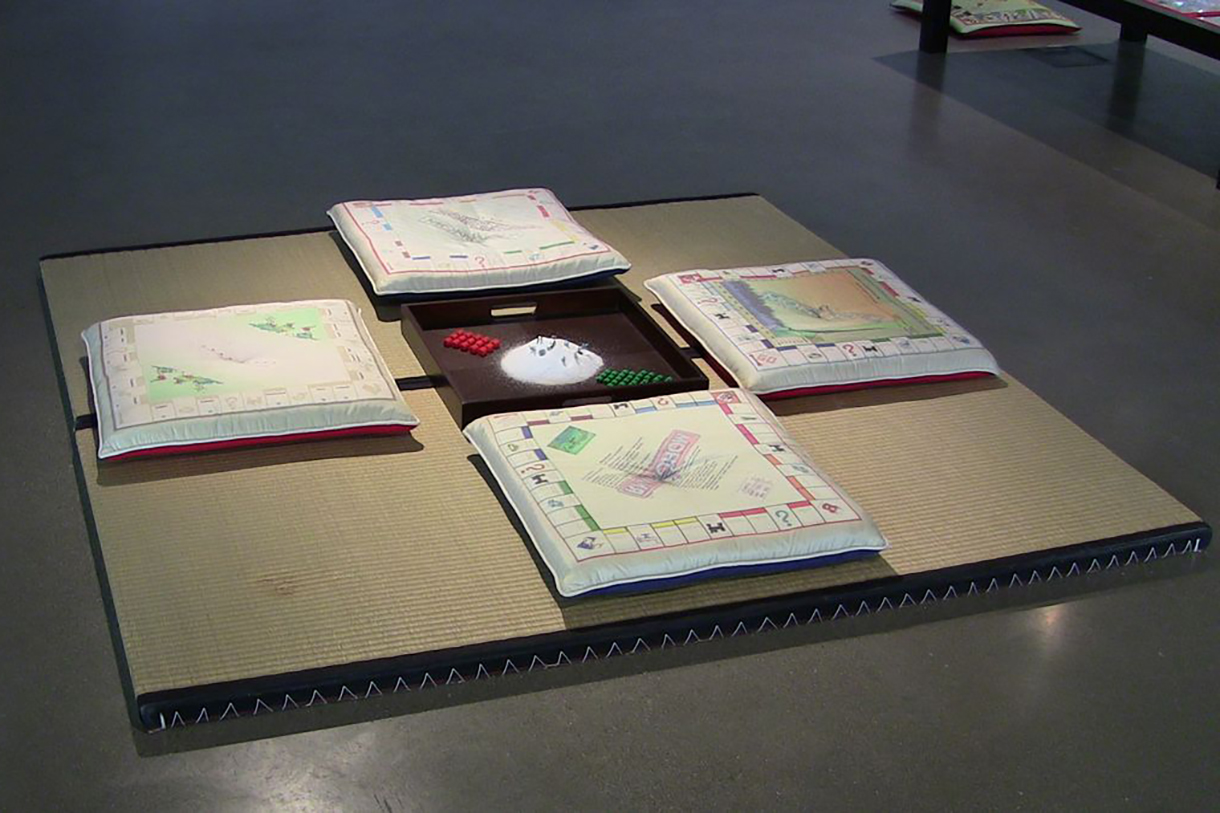 Photo courtesy of the artist. 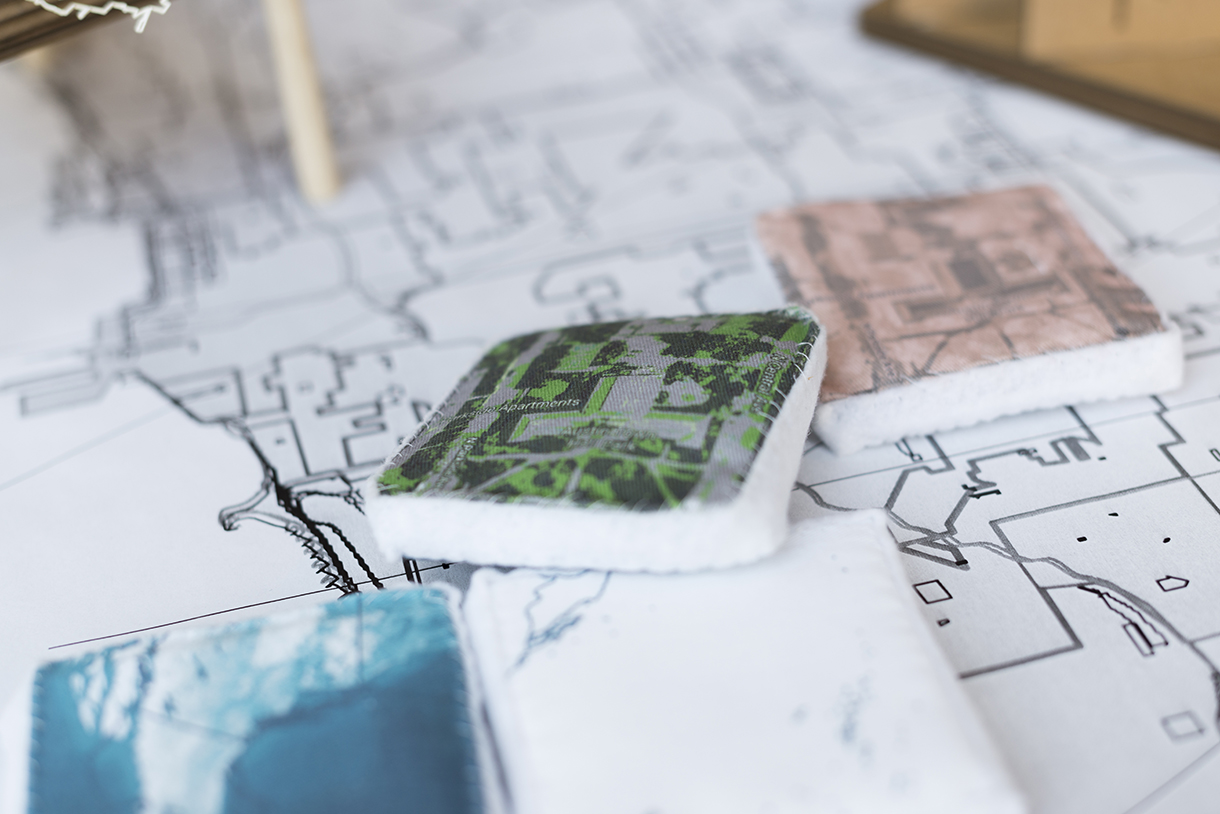 On May 1 Art and Art History Associate Professor Joan Giroux will activate the Museum of Contemporary Art Chicago (MCA) with her socially engaged project, eco monopolies in the Commons. The Commons, a recently renovated area of the MCA, is intended to put art and civic engagement at the heart of the museum. “It’s an open invitation, and it’s always free,” says January Parkos Arnall, curator of public programs at the MCA. “It’s a place where the general public can come and experience art and engage in critical dialogue.”

In a studio visit last spring, Parkos Arnall was struck by the combination of aesthetic strength in Giroux’s work and her ability to cultivate public engagement. “In a lot of the social practice work I see, aesthetics are secondary,” Parkos Arnall says. “I was impressed with how Giroux was thinking locally, regionally, and globally. Her work offers tangible opportunities for people to interact.”

Giroux’s upcoming show is a progression of her interdisciplinary exploration of land usage that started in 2000 in Japan. “One of my colleagues at the School of Visual Arts was from Yokohama, Japan, and connected me with a group there making an exhibition in a public park that was being threatened by developers,” says Giroux. “Developers were going to be cutting a road through the park, carving out a large chunk of land.” The invitation to participate included examples of art made from the park’s forest—photos of leaves, twigs, and rocks—not necessarily Giroux’s aesthetic. “Even though I love the work of environmental artists like Andy Goldsworthy, it wasn’t really what I made.”

Simultaneously, the 2000 presidential debates between George W. Bush and Al Gore were taking place, and a topic both candidates focused on was the issue of oil companies drilling in federal park land. “I asked myself: How do we treat our parks? I took an old Rand McNally Road Atlas and cut out all of the areas of each state that were parks, and laminated the maps so there were large holes in them,” says Giroux. “Then, I laminated the parks into clear sheets as if they were green, floating clouds.”

"That’s the way I was raised and that’s the way we should think about being in the world. It’s a big idea, and it’s a big responsibility.”—Associate Professor Joan Giroux

Giroux purchased a Japanese version of Monopoly, took the place names from the board game’s squares, and attached them to maps of U.S. states. “I was trying to draw a connection between how we may live in different countries, call things by different names, but the physical land we live on, the larger environment, is something we all share,” she says.

Her eco Monopoly iterations evolved. “Games teach us value sets,” Giroux says. “And if people think of something as play, there’s less risk for them. They’re more willing to make leaps.” In a subsequent exhibition, Giroux explored the question of access to public space by using large, banquet-style tables that included zabuton, Japanese-style cushions, for sitting. At one end of the table was a pillow with the Japanese version of Monopoly, and at the other end was the American version. Giroux’s evolution of the work included further politicization. “The Japanese Monopoly was superimposed with the opening text of the Kyoto Protocol, and the American one was superimposed with a letter from Bush saying that we weren’t going to sign the protocol because it wasn’t in the economic interest of the U.S,” she says.

Since then, Giroux has focused the work on Chicago. While the city doesn’t face debates over drilling for oil in parks, it does have its own unique issues. In 2016 the Lucas Museum abandoned plans to build in Chicago after long-lasting pushback from the city’s Friends of the Park group. The same group is fighting plans to construct the Obama Library in Olmsted-designed Jackson Park, which Friends of the Park argues would alter the historic landscape architect’s plans for the park to serve as a place of refuge in a bustling city.

Issues of gentrification and accessibility arose when the city repurposed an abandoned railroad into The 606. “On one hand they made a park and created economic opportunities, but on the other hand there’s a large amount of gentrification happening around there,” says Giroux. “I want my work to make people think about these tensions, and have them consider the different aspects of the tension,” she says. The artist hopes her work, especially that of eco monopolies, gives planners and developers the opportunity to consider these aspects. “How can they try to incorporate more voices into the process of city planning?” 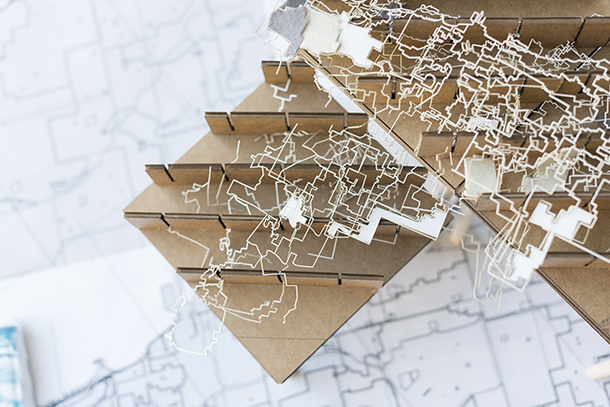 This question will be broached in a few ways at the MCA. The presented work will consist of tables with layered, latticework mappings of Chicago. A key made from different materials–chip board, various fabrics–will represent the city’s different textures. Cushions combining NASA images with geopolitical boundaries on one side, and satellite images of Chicago Park District’s various cultural center parks on the other, encourage visitors to consider relationships between the local and the global.

“Cushions represent the domestic, comfort, and how we relate in our bodies to the spaces we’re in,” says Giroux. “These cushions connect us to the bigger idea that the world is our home. We often think of our spaces that we occupy; that around us is our space, and the spaces out there are other spaces. But they’re all our spaces and we’re responsible for all of them.”

Eco monopolies will also include an archive made up of books, games, and iPad content provided through partnerships with various local institutions and organizations. The interactive space forces visitors to question their own role in land conservation and how they relate to community through public space.

“I don’t have kids, so I didn't have to teach them that it’s better to clean up after themselves and leave their space better for the next person,” says Giroux. “But that’s the way I was raised and that’s the way we should think about being in the world. It’s a big idea, and it’s a big responsibility.”

Eco monopolies will illustrate Giroux's interest in grappling with these big, relevant problems. “[Giroux] has us considering environmental issues through a sense of ourselves as global citizens, as well as local actors,” says Parkos Arnall. “Her work is not simplistic, and it is deeply engaging. She inspires people to bring their thinking to a different level, and to interact with one another through the work itself.”

For a full listing of related programming, visit mcachicago.org.