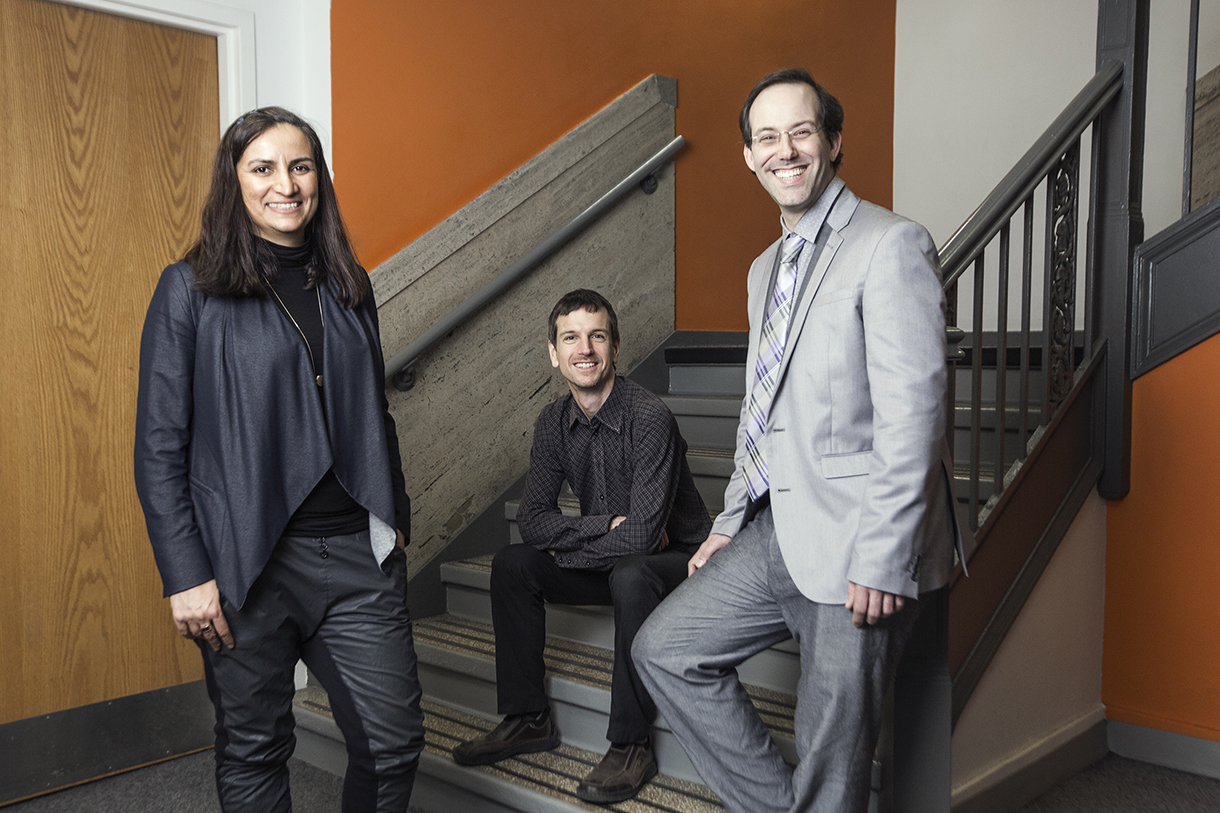 This spring, the School of Media Arts faculty welcomes three new assistant professors: Yonty Friesem in Communication and Visda Goudarzi and Florian Hollerweger, both in Audio Arts and Acoustics. According to School of Media Arts Dean Eric Freedman, “Friesem, Goudarzi, and Hollerweger are dynamic scholars, teachers, and practitioners—truly pushing their fields forward. They are all doing important intersectional work—Goudarzi and Hollerweger are working at bridge points between the art and science of sound, and Friesem between media and civic engagement. I am thrilled that we have recruited such a fantastic faculty cohort, and are able to expand our academic programs in Communication and Audio Arts and Acoustics in ways that will significantly benefit our students, lend nuance to our disciplines, broaden our reach, and raise our profile.” 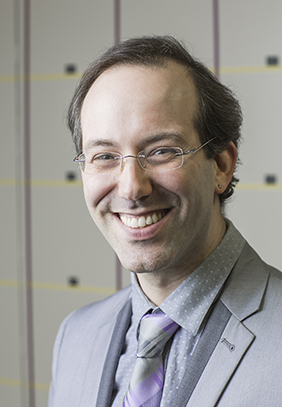 Much of Yonty Friesem’s work addresses a question central to modern communication: “How do we preserve the human quality when using digital tools?” Part of the answer is something Friesem calls “Digital Empathy,” a practice he defines as “the cognitive and emotional ability to be reflective and socially responsible while strategically using digital media.”

“I’m really attached to working with youth and specifically to marginalized communities,” says Friesem, who has worked for more than 20 years with at-risk youth from conflict areas in Israel, and more recently, Northern Ireland, and Uganda. Friesem knows firsthand how digital media literacy can give people agency. “It’s not just passive consumption. It’s an active collaboration, a deep human connection through making media.”

This year, Friesem will also partner with Convergence Design Lab as well as Chicago Youth Voices Network, a coalition of organizations that work together to strengthen the field of youth media. “I need to practice empathic listening and help the people from the community make their own decisions about the social change they want to make,” says Friesem. 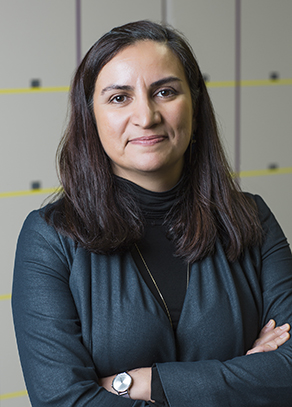 “The resolution of the ear is very good. Where the eye can see up to three dimensions, the ear, with proper training, can hear up to eight dimensions,” says Visda Goudarzi, who joins the Audio Arts and Acoustics Department as an assistant professor. Before coming to Columbia, Goudarzi was a senior scientist and researcher in Graz, Austria’s Institute of Electronic Music and Acoustics, where she also received her PhD in Sound and Music Computing. Much of her work focuses on sonification, the process of using audio to interpret data. She used sonification, a kind of “visualization for the ears,” to analyze climate data.

With an MA in Music, Science, and Technology from Stanford and an MS in Computer Science, Human Computer Interaction from the Vienna University of Technology, Goudarzi has spent many years working at the intersection of music and science. “I thrive in interdisciplinary and intercultural environments,” says Goudarzi. She currently conducts COLLAB, an artistic research project. Her research feeds her creative practice as a music technologist who has performed internationally.

Born in Tehran, Iran, Goudarzi’s early education and her family encouraged her to pursue and excel in math and science. Goudarzi recognizes the gender and racial disparities of the fields she’s chosen to pursue. “I’m often in the minority of any room”—whether it’s as a student in an engineering classroom or as a professional in the emerging field of music technology.

As she begins her time at Columbia, Goudarzi is excited by how the college and the Audio Arts and Acoustics department “blends the practical, creative, and theoretical … this place is great for an audio nerd.” She is interested in bringing new methods to a department with such a long history. “If there are no cutting-edge strategies, then we stay in the same place,” she says. “I want to make my voice heard in a new environment.” 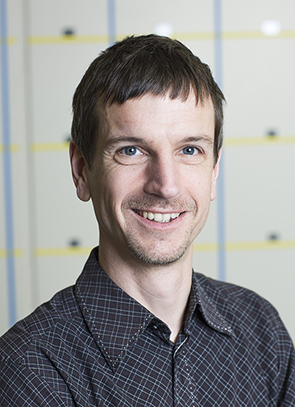 “I don’t like to limit myself to disciplines,” says Hollerweger. “Audio is wonderful because it sits between science, music, and art. It’s a fruitful intersection.” One of the things he is most excited about is the potential for cross-disciplinary collaboration with other artists at Columbia and in Chicago.

Hollerweger received his PhD in Music and Sonic Arts from Queen’s University Belfast. At Columbia, Hollerweger looks forward to striking a balance between creative practice, teaching, and research. At MIT, he spent five years as a music technology lecturer and also worked as a sound designer and engineer, most recently collaborating on T60: the Mystery of Acoustics, a music theater project that is a “reflection on the history of science.”

In Austria, where Hollerweger is from, professors call their students “Kollegen,” or “colleagues.” “It’s a simple thing but it creates a sense of equality in the classroom,” he says. Hollerweger describes his teaching philosophy as inspired by the Humboldtian principle of Einheit von Forschung und Lehre (unity of research and teaching), which acknowledges that both teaching and learning are ultimately manifestations of the same underlying curiosity. “Teaching often serves me as a vehicle for learning more about a subject myself and sharing that passion with my students.”

How do professors keep up with the rapid pace of emerging technologies? For many, like Hollerweger, it’s about teaching principles over applications. “It’s not about finding the button in ProTools that normalizes the audio file, it’s about understanding the very process of normalizing an audio file,” he says. “Recorded sound is a relatively young phenomenon for mankind. As a species, we are all still learning.”