What is the ‘Collective Impact’ of Making Art for a Community? 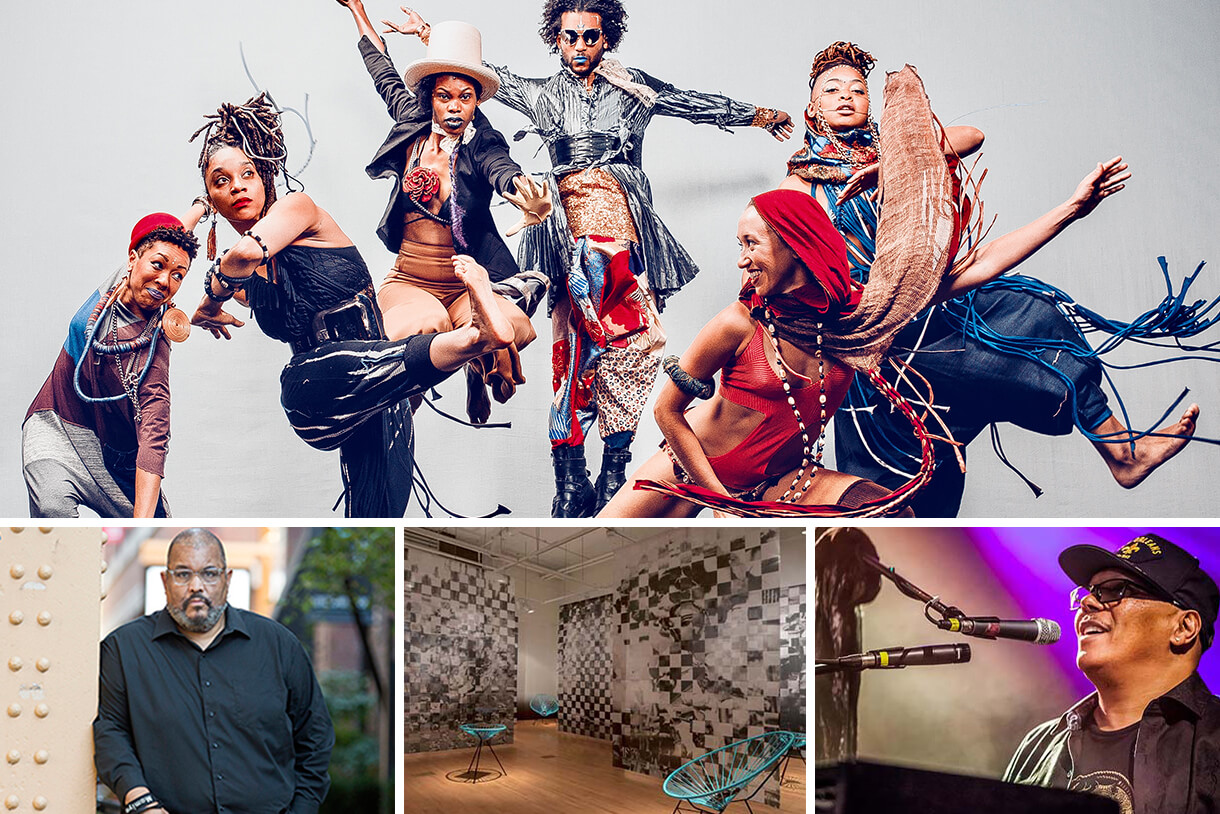 When interdisciplinary artist Maria Gaspar was named a 2014 Chicagoan of the Year by the Chicago Tribune, her project 96 Acres was only a few years old. The site-responsive project, which centered on the Cook County Jail’s impact on the Little Village neighborhood community, drew attention from artists, cultural producers, and Chicagoans for its distinct blend of community engagement and art-making.

The scope of the project was ambitious. 96 Acres included animations projected onto the jail’s wall, public workshops led by artists and organizers, and zine-making toolkits for Chicago teachers to incorporate into their curriculum. According to Gaspar, the project aims to “generate alternative narratives reflecting on power, and to present creative projects that reflect the community’s vision of transformation.”

It’s one thing to make art; it’s another to make art with a community in mind. Gaspar’s work asks: What is the collective impact of a community-engaged artist’s work?

“At Columbia, students are privileged to work with individuals contributing to and modeling artistic and community engagement. There’s an element of seeing the whole picture with Collective Impact. It’s real world experience." —Amy Mooney

The Whole Picture
This year, Columbia will explore that question in a series of events titled Collective Impact. The new series threads together lectures, performances, and artist residencies in a way that enhances the student experience while engaging a broader Chicago audience.

The series kicks off this October with Gaspar, who will lecture, give classroom critiques, and discuss the scope of her creative practice. The first artist of a four-part series, Gaspar will discuss both sides of creativity: the performance for a public and the process of an artist.

“We’re trying to show students responsible management and thoughtful investigation behind the creative practice,” says Art and Art History Associate Professor Amy Mooney, curator for the Collective Impact series. “Students will be able to ask Gaspar about the performative elements, but also about things like grant writing and process. How does she fund it? How does she organize and promote it? How does she generate participation and, in the end, how does she assess its impact? The series will look at the whole picture.”

Art as Social Justice
The series came about through conversations led by Onye Ozuzu, former Dean of the School of Fine and Performing Arts, on how to implement the Strategic Plan’s call for community engagement. When Mooney began work on Collective Impact, she chose events and artists that would enhance Columbia’s curriculum. More importantly, she curated the series to highlight activities, art, and social consciousness around diversity, equity, and inclusion. “We’re working toward ethical community engagement: how to direct our artistic practices and professions so that they address social justice.”

Mooney, with Collective Impact project manager and Business and Entrepreneurship faculty member Cara Dehnert Huffman, spent many months holding meetings with various members of the Columbia community. The series crosses disciplines and departments to create a dynamic year of programming for the Columbia community and the public. Other series events include a concert with musician and upcoming artist-in-residence Ivan Neville, dance performance group Urban Bush Women, and Photography Professor and recent MacArthur Fellowship recipient Dawoud Bey.

“At Columbia, students are privileged to work with individuals contributing to and modeling artistic and community engagement,” says Mooney. With Collective Impact, that privilege will open up to Chicago neighbors. “There’s an element of seeing the whole picture with Collective Impact. It’s real world experience.”