"It's About the Girls": Journalist Jim DeRogatis Takes on R. Kelly 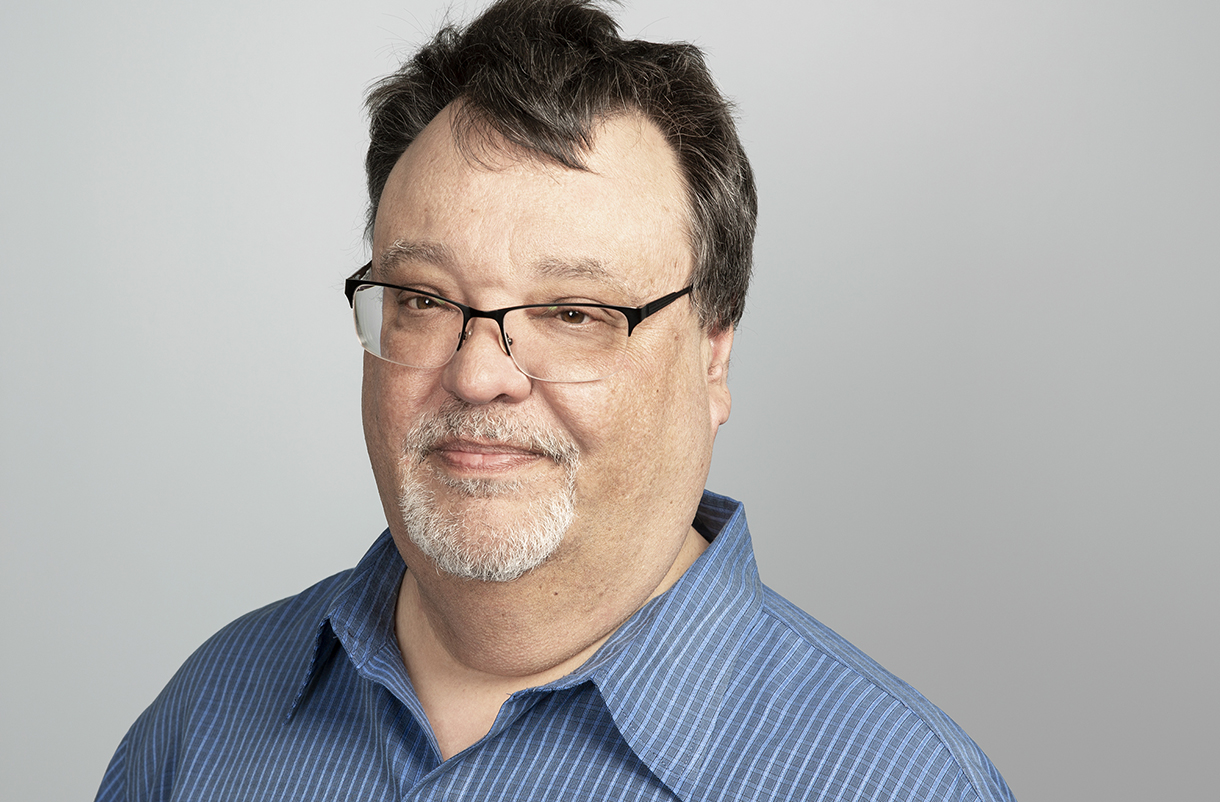 Associate Professor Jim DeRogatis teaches cultural criticism classes at Columbia College Chicago. As a pop music critic and journalist, first at the Chicago Sun-Times and later as a freelancer, he has spent more than 18 years reporting on allegations that R&B superstar R. Kelly sexually abused underage girls. He has interviewed hundreds of people regarding the allegations and reported 50-plus stories, including a July 2017 BuzzFeed article that went viral and led to increasingly more scrutiny of Kelly by the media, the record industry, and law enforcement. On February 22, 2019, Kelly was indicted on 10 counts of aggravated criminal sexual abuse—a class 2 felony—in Cook County, Illinois.

Here, he talks about breaking the story in 2000, advocating for truth for nearly two decades, and his forthcoming book about R. Kelly.

This interview took place on February 5, two-and-a-half weeks before Kelly’s indictment. It has been edited for length and clarity.

In December 2000, you were the first journalist, with Abdon Pallasch at the Chicago Sun-Times, to break the R. Kelly story, and you’ve been reporting on it for more than 18 years now. But when you first got the anonymous tip, you didn’t do anything with it. What made you pursue the story?

I had reviewed Kelly’s latest album TP-2.com the Tuesday it came out: November 7. I only came into the office once a week and for whatever reason, I decided to come in the Wednesday before Thanksgiving. This fax said, “Dear Mr. DeRogatis, I’m writing you because I don’t know who else to turn to. You compared R. Kelly [Robert Kelly] to Marvin Gaye. Marvin had his problems, but they’re not like Robert’s. Robert’s problem—and this goes back many years—is he likes young girls.” I got a lot of hate mail, like whenever I wrote about hip-hop: "It’s not music, it’s noise!" And I threw that fax in the slush pile of hate mail and artist biographies I’d never read. Then I went home, and I had Thanksgiving.

But something bothered me—every bone in my reportorial body. There were way too many specifics. It mentioned one specific lawsuit that had been filed a few years earlier. It mentioned Susan Loggans, misspelling her name as the lawyer; it mentioned Barry Hankerson as his ex-manager, Aaliyah’s uncle; and then it said, “Call Sergeant Chuziki of CPD, she’s the one investigating it.”

All weekend long I thought, “Why didn’t I bring that fax home?” On Monday, I went back to the office and took another look at the fax. I dialed CPD, and the switchboard said, “We don’t have anybody by that name.” I spelled it off the fax. I almost hung up. Then I said, “Well, have you got anyone with any similar Polish name in sex crimes?” They put me through to Sergeant Chiczewski in special investigations. I said, “I’m calling from the Chicago Sun-Times about your investigation into R. Kelly.” And she said, “Oh, I was wondering how long it would take somebody to ask. I can’t talk to you.” Then she hung up.

Don Hayner, the Sun-Times city editor, said, “You start making calls, and Abdon Pallasch will see if there’s a file on this case at Cook County Circuit Court.” Neither of us could figure out how the superstar—the biggest R&B star of his generation—could possibly have been sued by a 15-year-old girl and nobody reported this? And nobody had. Then we were off and running. Our first story was December 21, 2000.

“It was a pervasive sickness that spread—and everybody in Chicago was complicit, whether we’re talking about the recording studio workers, the publicists, the record company, the lawyers, the accountants, the hotel workers, the restaurant workers, the high-end gym people, the court system, the cops—everybody. … thousands of people who knew and didn’t do anything, which is really heartbreaking. Which is also why we can never give enough credit to those young black women who’ve been shouting about it as loud as I have for 19 years.”

For the first few years in the early 2000s, few reporters were covering the multiple allegations of Kelly having sex with underage girls—

—Me and Abdon and Mary Mitchell. In the first two years of our reporting, she wrote 28 columns saying, “Black community, wake the f*** up!” … There were stories in between and stories all the way through. When Kelly was tried in 2008 on the child pornography charges, it broke every record in Cook County court history—taking six years to go to trial. And then he was acquitted by a jury of his peers.

Even after all the publicity and continued allegations against R. Kelly, the media overall largely ignored this story throughout the 2000s. You were reporting this for years.

Well, with institutional support at the Sun-Times. What’s horrifying now, as a freelancer, is that it took me nine months to get a story published in BuzzFeed in July 2017—the story that he was allegedly holding women against their will inside his homes in a “cult.” That was nine months of reporting. MTV worked on it with me for three months, then Viacom Corporate pulled out. Then I worked for three months at the Chicago Reader, which at that point was owned by the Sun-Times, which had never had a single word we reported refuted. Damon Dunn, the Sun-Times media attorney, read every word we published on R. Kelly, vetted it twice, and it was ready to go—and then the editors said, “No, I don’t think we can publish it.”

Why do you think that is?

The Sun-Times was up for sale again. And, you know, having a controversial story at that point maybe would prompt a lawsuit—although there hadn’t been one over a single word we’d ever reported. Still, controversy is bad for business, right? Good for journalism, potentially bad for business.

Then the last three months, I worked at WBEZ, and that didn’t work for a number of reasons. So I published it in BuzzFeed and now BuzzFeed News basically doesn’t exist anymore, or there’s only a shadow of it left. Every editor, every other reporter, every copy editor, and the people who legally vetted that story—most of them are gone, laid off earlier this year. If I had that story today, I’m not sure where I’d go to publish it, but thankfully, I am now contributing to The New Yorker.

The July 2017 BuzzFeed article went viral—receiving millions of hits—and led to increasingly more scrutiny of Kelly by the media, the record industry, and law enforcement.

How involved were you in the January 2019 Lifetime docuseries Surviving R. Kelly ?

I was not at all. I’ve given huge respect and props to filmmaker dream hampton. What the journalist can do better than any other media is connect 30 years of complicated dots. But what the filmmaker can do is introduce you to these women, and that’s what she did for six hours. It was very powerful.

For 18, 19 years, I’ve been sitting in a room with these young women as they do the most difficult thing any woman can do, which is tear out their heart, their soul, and tell me what happened to them: their sexual assault. And sometimes they were complicit: “I thought I loved him, he loved me. He would ask me to introduce him to other high school seniors.” I had one girl tell me, “He called me the cable girl because I was always hooking him up.” … I know the names of 48 women Kelly allegedly abused. I suspect there are many more.

It was a sickness—it was a pervasive sickness that spread—and everybody in Chicago was complicit, whether we’re talking about the recording studio workers, the publicists, the record company, the lawyers, the accountants, the hotel workers, the restaurant workers, the high-end gym people, the court system, the cops—everybody. I mean, there’s thousands. There’s thousands of people who knew and didn’t do anything, which is really heartbreaking. Which is also why we can never give enough credit to those young black women who’ve been shouting about it as loud as I have for 19 years.

One really sad part of this is that Kelly never sold more records than in the period between his indictment in June 2002 and his acquittal in 2008. That is the most successful period of his career—he’s on the way up then, and he’s on the way down ever since. Six records in those six years. With “Ignition (Remix),” he was never more popular. I think the deep, philosophical question is whether some people loved that music because of—not despite—his alleged misdeeds, the women he was hurting. Now, that’s really troubling, ain’t it? Maybe I helped him sell records.

What's the alternative? Not exposing it?

No, but there’s a really dark question. I don’t know the answers. That's what I tell my students. We just have to think about these things. 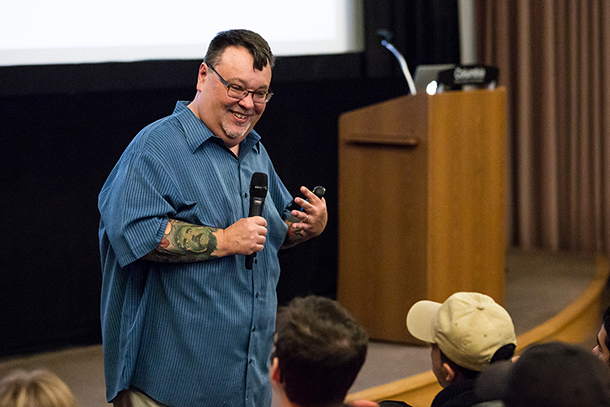 DeRogatis has spent more than 18 years reporting on allegations against R. Kelly and on February 22, 2019, the R&B star was indicted on 10 counts of aggravated criminal sexual abuse—a class 2 felony—in Cook County, Illinois. At Columbia, DeRogatis teaches Reviewing the Arts, Cultural Criticism and the Arts, Journalism as Literature, and Music and Media in Chicago. Photo: Phil Dembinski '08

How did you keep going, when it seemed like no one was listening?

I have always felt considerable empathy for these victims. They were girls, they could have been anybody—my daughter, the students in my classes. I had a megaphone and I was able to amplify both what his victims told me—all young black women and one Puerto Rican girl—and what the activists were saying. Because nobody was paying attention. There have always been activists, and some of them were in the media, columnists of my generation, like Mary Mitchell and Renee Graham of The Boston Globe and Karen Attiah of The Washington Post, who were writing column after column for years. A new generation of those voices is on Twitter: Mikki Kendall in Chicago and Jamilah Lemieux in New York and the #MuteRKelly women in Atlanta. But there’s always been black women. I thought, I’ve got a megaphone, I’ll use it. I think it’s really complex too, and we don’t want to say the white guy brought down R. Kelly. I hate that “white savior” crap. And he’s not down yet—he’s not done. There’s still work to do.

You will publish your book Soulless: The Case Against R. Kelly in June. Tell us about it.

This is a book that is, yes, superficially about R. Kelly hurting young women and primarily about those women, but secondarily about our beloved city of Chicago, about politics, about religion, about music, about social justice, about racism—you name it. I’ve got the Baptist power structure, and I’ve got the Nation of Islam—there are connections to both.

That’s what’s so tragic. This kid grows up underprivileged, on the South Side, which is not one-dimensional. There are those backyard barbecues of incredible community and parishes that will pay your rent if you got laid off, until you’re on your feet. And there’s the music—everywhere there’s the music. There’s the basketball. It’s not Chiraq!

But R. Kelly’s story is a really dark, horrible place to live, long enough to write a book. I do not want to live with the darkness of R. Kelly. It bothers me that he will be on my cover. The book is about music as a force to conquer all that darkness, as well as about one man who used it for evil.

The favorite part of my 120,000-word book is the last section, with the first girl—who never has spoken in public, who came to me. It started with her in 1991. She sang with Aaliyah, toured the world from her home on the South Side, and he ruined the music for her, forever. She gets the last word in my book, and in that section, I don’t even use that f***er’s name. It’s about the girls.

In interview 2, DeRogatis discusses being threatened while reporting, the indictments against Kelly, and what he plans to do next.