Alum Emma Young ’20 on the World of Pop Performance 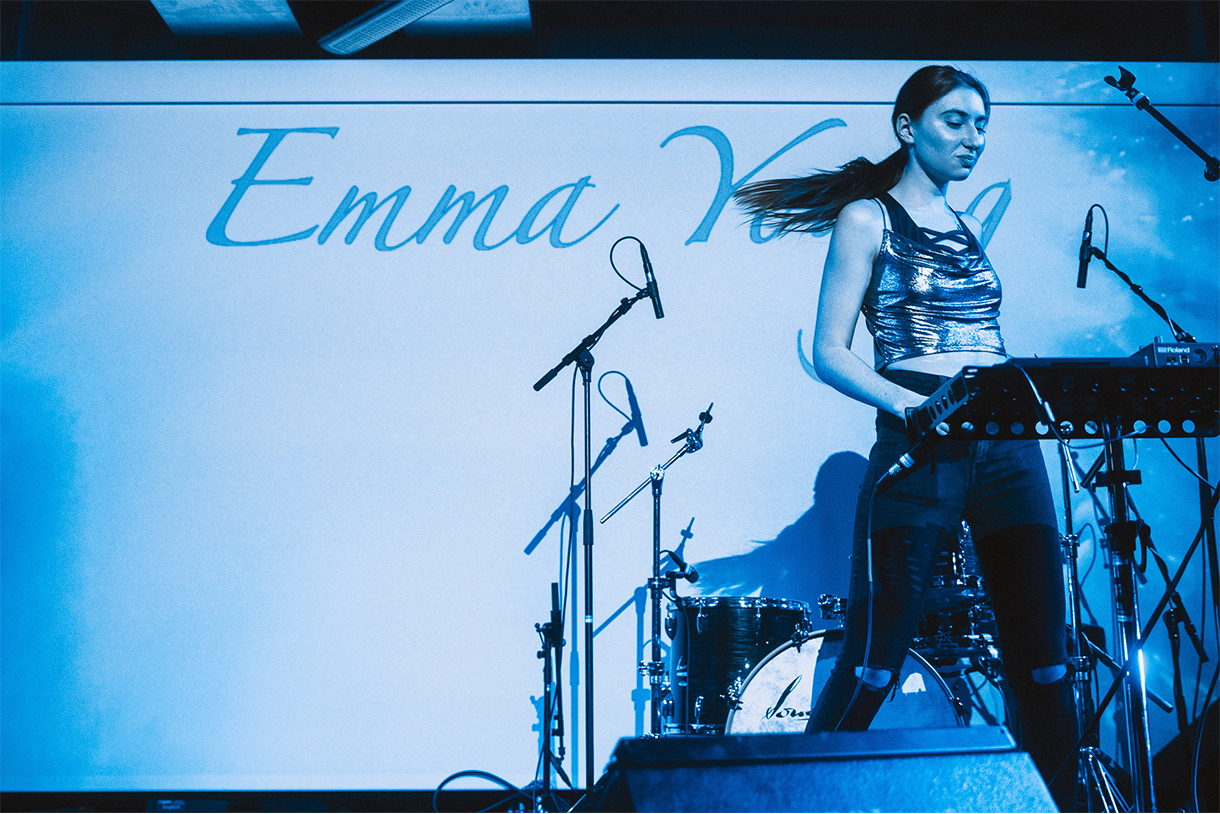 Artist Emma Young discusses music, songwriting, and the community that has supported her growth.

The beginning of artist Regina Spektor’s “EET” starts with melancholy chords that resonate deep in your chest. It’s the kind of opening that draws the listener into the emotional word of the artist. You might not be able to immediately articulate the way that the piano evokes longing and strength and despondence all at once, but you will certainly feel it all at once. And then, when Spektor’s powerful and yet ethereal vocals join in, the world of the song somehow, someway, transposes itself onto your world.

For Emma Young ’20, that song, in part, convinced her that it was possible to take piano, and vocals, and use them to connect with the world in her chosen profession. She recalls thinking, after listening to that song, “I think I'm going to follow her path and take this classical training that I have and move it to the contemporary world like she did."

Inspiration from the world of art and music was enough to encourage the Massachusetts-born multi-faceted artist to find a school that would allow her to grow as a musician while also nurturing her interests in acting and the business of the arts. After one of her high-school friends chose Columbia College Chicago, she looked into it too.

The fit was excellent, from the start. Young found mentors like Professor of Instruction David Dolak, who teaches the Science of Musical Instruments class. Young was inspired by Dolak’s unique teaching methodologies and the opportunities the course provided for hands-on learning, including, notably the chance to build her own musical instrument. Connecting with Dolak also offered Young the opportunity to perform at the monthly Acoustic Kitchen open-mic, her first foray into performing in Chicago.

For Young, fulfilling her journey as a musician gave her the confidence to build new skill-sets in other areas. Most notably, interning with the Chicago Feminist Film Festival was a “great introduction for me into doing PR work for a creative company.” Young took the skills she gained during that experience and used it to promote her own work. One exciting achievement: getting her first radio play with a Boston radio station after writing a press release promoting her own work. She also earned the opportunity to study both performance and the business in a study abroad program in Mannheim, Germany, at Popakademie Baden-Württemberg, known as “Pop Academy.”

Young knows the power of using her music to connect. As she says, “A lot of times I feel like I can't articulate a certain feeling or thing that I'm going through except through music. I noticed pretty early on in my life that people would work with me and they would look at me if I'm on a piano or I'm singing and then I thought, ‘Oh, this is how I can get people to pay attention, this is how I can get them to hear my words.’” And hear them they are—Young recently wrote and performed the winning song of Manifest, “Rise,” and released an EP by the same name.

Now, after graduation, Young is taking things as they come. She’s continuing to perform, audition, and is working on building out live shows as an EDM producer. To others who may want to follow in her footsteps at Columbia, Young says, “Every teacher’s going to help. They’re there to give advice, so just ask.”