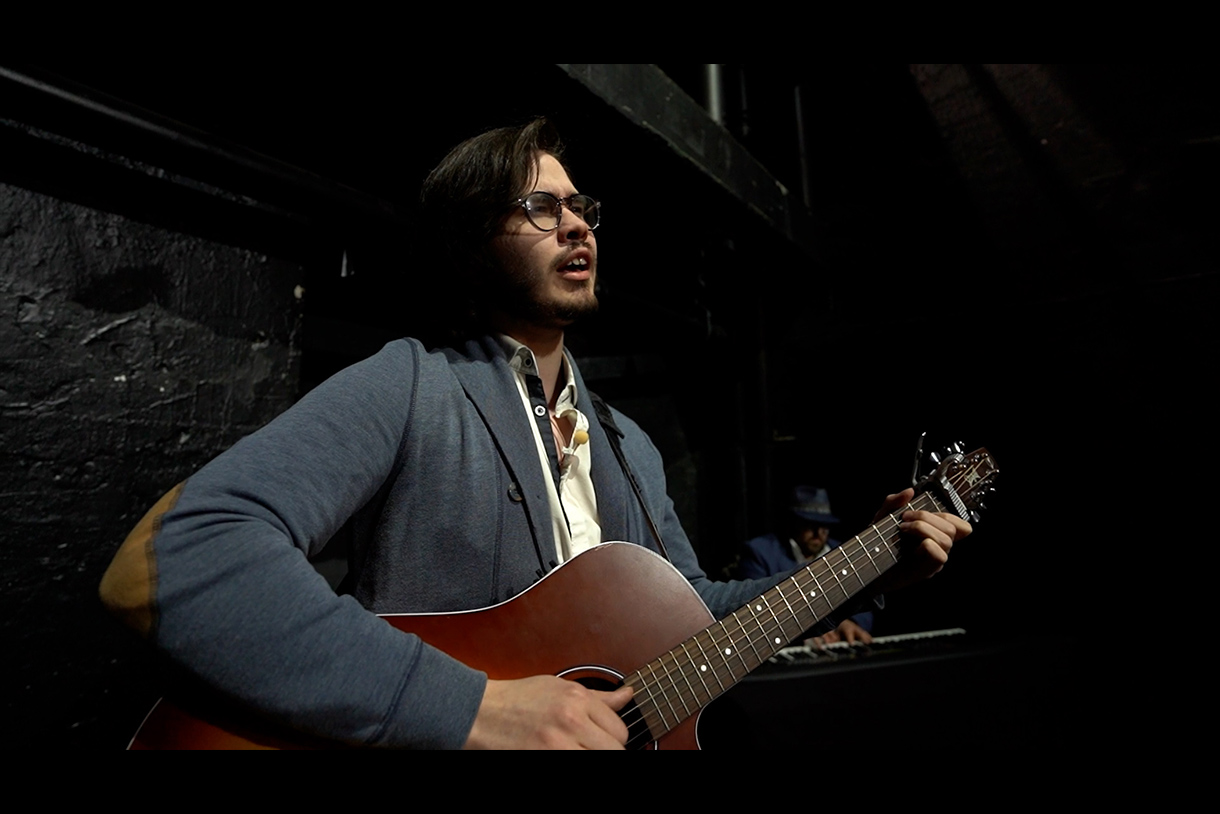 Kelan Smith graduated from Columbia College Chicago’s Theatre department in 2020 receiving a Bachelor of Fine Arts in Musical Theatre Performance. He tells us how his love of music and community theatre led him to Columbia and his career, and about his latest role in New Faces Sing Broadway 1987.

Why did you decide to study Theatre? When and how did you come to know that you wanted to perform and/or work in Theatre?
I did a ton of community theatre in high school and it was probably when I was about 15 that I really decided I wanted to shoot for a career in the arts. I had been a professional musician starting at the age of 10 and pretty much the second I found theatre I took a long hiatus from music. Being passionate enough about acting to drop a career in music felt like a good indicator that I wanted to really pursue theatre as hard as I could. And I'm glad I did!

What was your experience at Columbia College Chicago and how did it prepare you for your career?
My experience at Columbia was highly positive. I was very fortunate to get a lot of opportunities and to make some strong connections with a lot of the faculty there. One of the biggest reasons I chose Columbia, which is a reason that held very true, is the connections you make with working professionals, and Columbia's amazing way of getting you working in the city as soon as possible. I was incredibly fortunate to have professional jobs all throughout college. The combination of hands-on experience in the field and working on developing my craft in class with working professionals was invaluable.

Tell us about some of your favorite theatre projects and your role.
There are many projects that have meant so much to me and have really shaped me. I think the one that I still hold nearest to my heart was performing Haymarket with Underscore Theatre Company. The connection we all shared in that cast was unlike anything else I have experienced, and we still remain close a couple years after. At Columbia, I would have to say working with Jermaine Hill and David Fiorello on A Man of No Importance was a dream come true. Getting to play Alfie was one of the luckiest times in my life.

What theatre projects are you currently working on?
Currently you can see me in New Faces Sing Broadway 1987 with Porchlight Music Theatre. It's a fully filmed revue of Broadway songs all from the year 1987 and is available for streaming through November 29. New Faces Sing Broadway 1987 features 10 of the most up and coming actors in Chicago theatre, was wonderfully directed by Chris Pazdernik, and was beautifully music directed by the aforementioned David Fiorello.

What advice do you have for prospective Theatre students?
Be a go-getter. Be hungry to take every opportunity you can and while you do that, be a compassionate and caring teammate. The two best things you can do as a performer are work hard and be someone people want to work with. You got this!