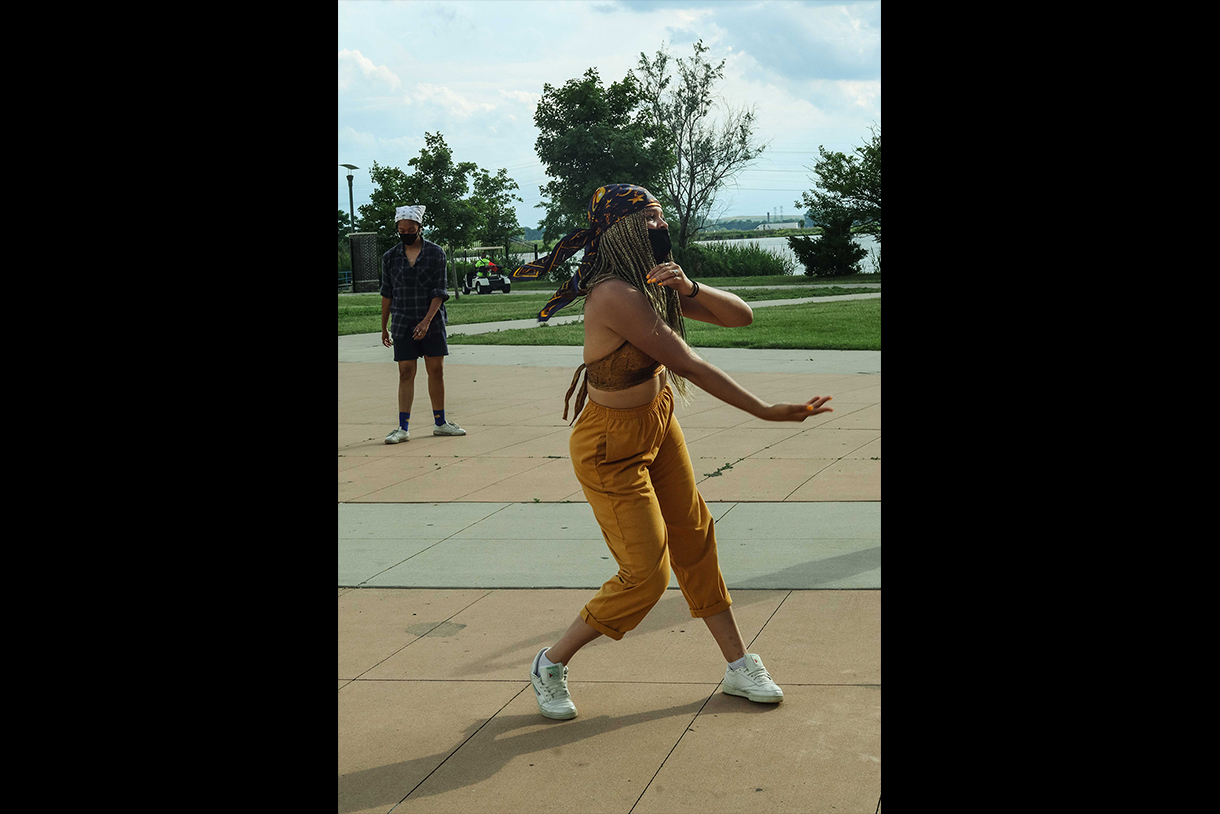 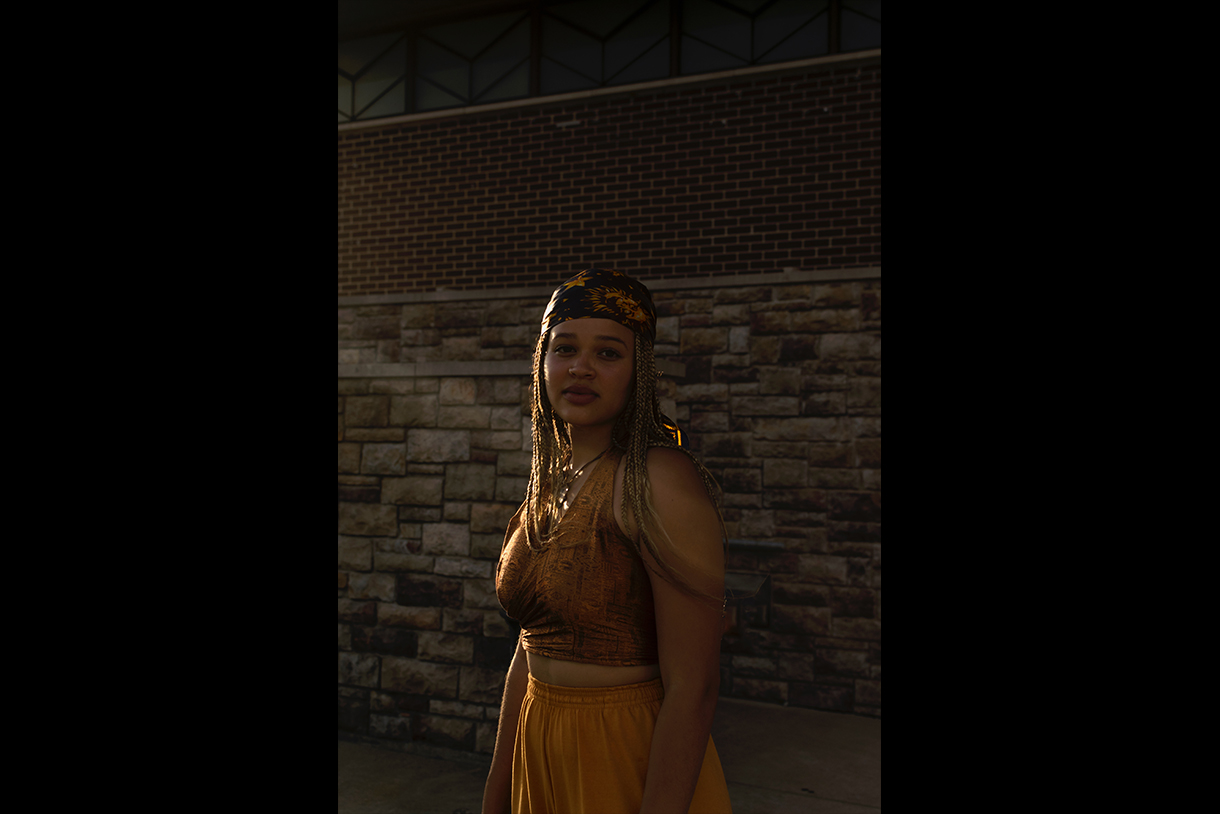 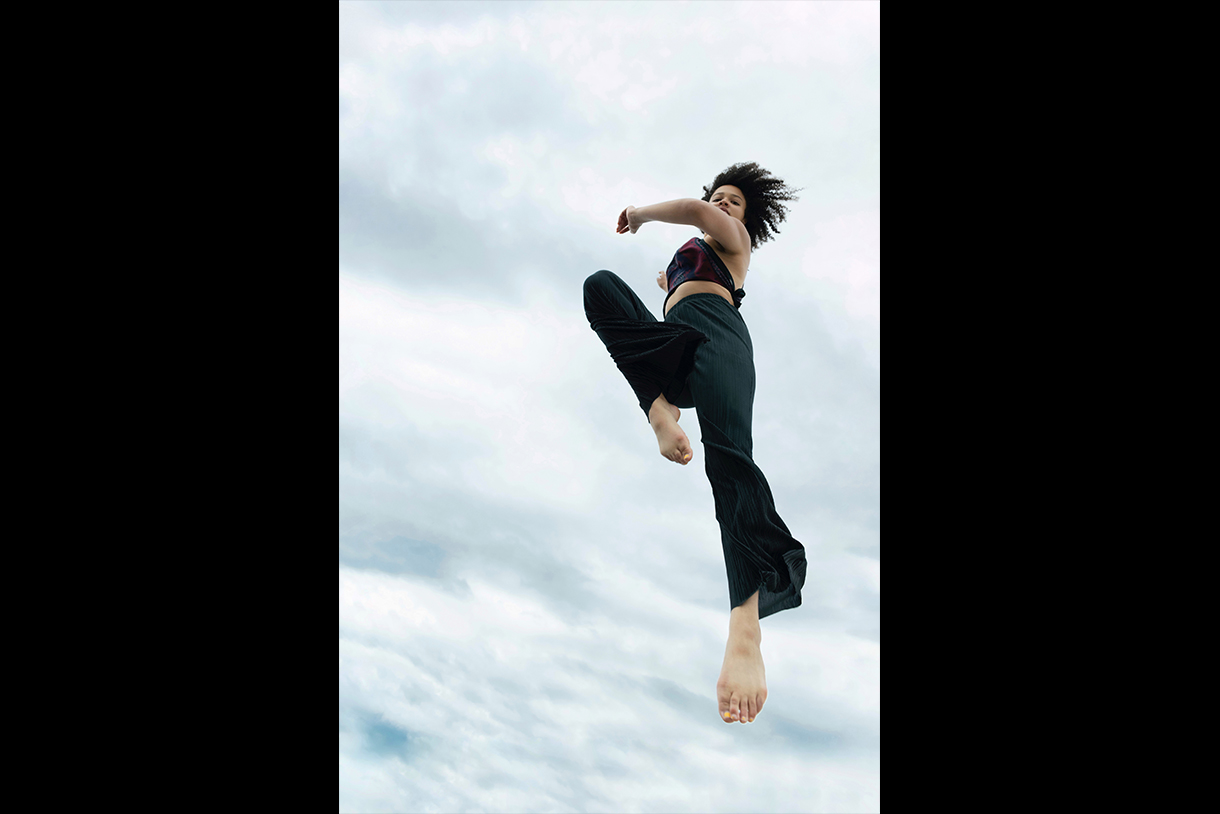 Kierah King, Dance `20, finished off her senior year at Columbia College Chicago from home at the height of the COVID-19 pandemic, like most 2020 graduates across the globe. Although the pandemic put a damper on the spring semester and graduation celebrations, she has gracefully kept it moving.

“Transitioning to remote instruction was interesting and intense at first especially with a physical form that relies heavily on in-person connection and contact. The Dance department at Columbia did a really good job at keeping students engaged and invested through it all,” says King. “At this time, I was also working with Student Government and working closely with Administration to help ensure student needs were being met, so it was a super busy time for me.”

King chose to study Dance because it was always the one thing in her life that she kept coming back to. For a while, she didn’t want to be a dancer because she thought it meant doing just one thing, which she now knows isn’t the case. “Being a dancer and an artist, you are forced to step into roles you didn’t believe you ever would,” says King. “I decided pretty early on that I wasn't too interested in performing but wanted to choreograph and create and that allowed me to see other possibilities within this field. It isn't just about performing. What is needed to create that performance? There is a process behind it—a backstage crew, a sound designer, a lighting designer, the people who you have collaborated with, and so much more. So yes, I am a dancer and I am a choreographer, but I am also an activist, an organizer, a teacher, an administrator, and a researcher in the making.”

King, who also holds a minor in Black World Studies, believes in the value of all art forms to help cultivate and build community. During her time at Columbia, she has made it her goal to give access to and share dance with different communities. “I also choose to use dance and movement as a form of protest,” she says. “I strongly believe the two can serve a higher purpose, which is why I have continued to help organize and be a part of dance demonstrations in Chicago.”

Since graduating, King has dedicated her time to the summer dance project REFRESH 2020, which she worked on along with three fellow Columbia Dance graduates—Toree Benson, Orlando DeLeon, and Robyn Wilson. For the project, the group reached out to friends, mentors, community members, and others. “The intention was to just refresh, reset, and restore. We knew people, especially dancers, were struggling with the lack of being in physical space together. We wanted to reconnect people through movement, through community, and through sharing,” says King.

This fall, King is back at Columbia College Chicago completing a virtual residency. “I spent a lot of time at Columbia serving as the Student Government Association president and building relationships with administration as well as with faculty in my department because they are such a strong and valued network within the dance community and field and I knew I didn't want to lose that when I left,” she says. “After graduation I wanted to find ways to continue to create and collaborate with people and Ellen Chenoweth, who is the Dance Presenting Series director, reached out to me for an initial meeting where she introduced the idea of the virtual residency and asked if I would be interested. I was super excited and honored as I felt I could truly help and continue to make a shift in the dance field.”

One aspect of the virtual residency that caught King by surprise was the amount of creative freedom she would have. “I have been hosting and organizing as many events and putting out surveys to understand where people and students are currently at. I feel super excited about being a resident and just so fortunate that the work I do can help others and that this residency can push it even further.”

In addition to working on Columbia’s virtual residency, King has been working on additional projects—an event called CYPHER4CHANGE, an anti-capitalist, pro-artist movement attempting to further a narrative of unity and community, an improv dance event at Grant Park, and a residency at Links Hall, which will give her the opportunity to create work and give her access to studio space.

When asked what advice she would give to students she says “Work hard, create support systems, find mentors, build and grow, and learn how to be critical of your work. Know what you believe and stand for in your work. Learn to communicate and be clear about what you want but also be respectful and aware. Use your resources—that is something I will always say to any incoming student, especially at Columbia.”