An Expert in Her Field: Associate Professor Katie Paciga on COVID-19, Children, and Screen Time 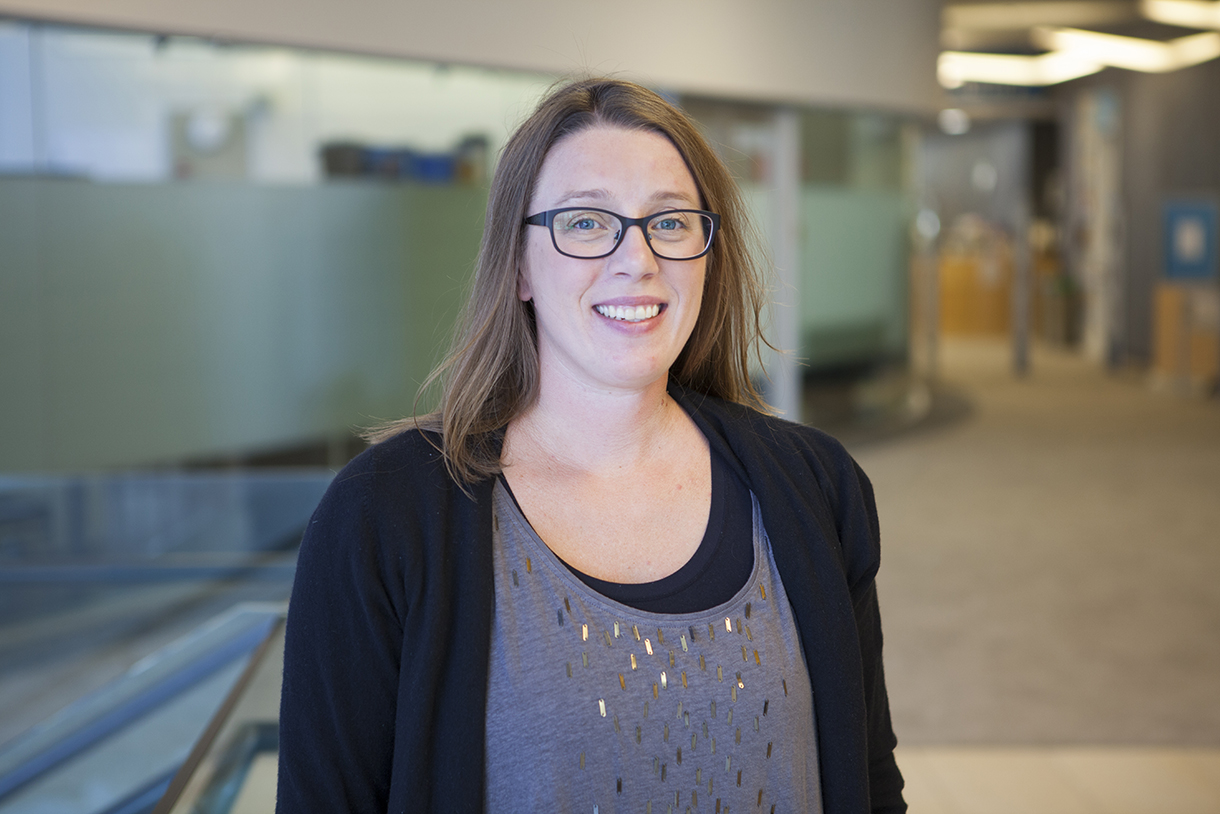 Paciga’s work focuses on early childhood education and development and examines the relationships between media objects and children’s language and literacy development.

Associate Professor of Education Katie Paciga always knew she would work with young children. Originally, she wanted to be a pediatrician, but when she thought of the inevitability of dealing with blood and gore, she opted instead to focus on education. Early on in her career she taught kindergarten in Berwyn and used her second major, Spanish, in community engagement before going on to earn her Ph.D..

Paciga’s first research centered on reading aloud to children and its effect on preschoolers’ language and literacy development. A large portion of her work engaged in community outreach to advance joint media engagement. Joint media engagement is the idea that children gain more from interacting with media when their interactions are shared and scaffolded by a caring and engaged adult.

The concern over children’s isolation when screens are in their environment has existed as long as screens have existed. Early in Paciga’s career, she felt that there was little value in screens in early childhood. For her dissertation, she studied preschoolers’ listening comprehension from digital storybooks. Her curiosity about how screens, media, and young children come together has continued since then. “It has only strengthened through the pandemic because we have come to rely on screens for so much now,” Paciga adds.

Paciga’s work today focuses on early childhood education and development and examines the relationships between media objects (e.g., children’s literature, toys, digital things) and children’s language and literacy development. She works with teachers, parent groups and her own three children. She is keenly aware of the intersection between her professional practice and personal life. “I will never forget my surprise when, in the first week of the pandemic, I received notification from each of my children’s devices that their screen time had increased 53% or more that week,” Paciga recalls. She was also getting alerts from parent and teacher dashboards in programs utilized for remote learning.

On kid’s screen time during the COVID-19 pandemic, Paciga says the potential hours per day for real social interactions over a screen, or even from a relationship with an onscreen character, have significantly increased since the rise of the pandemic in March 2020. When kids went to school, the time they spent with screens during the school day served very different purposes (e.g., quizzes, access to primary sources or other forms of reading/viewing/listening content, creation/composing). When COVID-19 hit Chicago, those social relationships were pulled from children, except when families allowed for screen mediated interaction via Zoom, Facetime, or Skype, or through online games that have a social component.

Kids need social interaction. If their parents are working 9-5 from home, where were those social interactions coming from during shelter in place? Health professionals are warning that they’re seeing more cases of children with conditions presenting like anxiety and depression, likely as a result of social isolation from the pandemic. At the same time, some parents have adopted the stance that increased screen time so long as it met certain criteria (e.g., quality, social interaction, developmental appropriateness) would be OK, even though they understood the Discourse about the proverbial dangers of too much screen time.

Asked about how kids screen time behaviors may change moving forward, Paciga shared that early reports indicate nuanced changes in access to media and the times for such access. Paciga added, “I’m interested to see how things shake out this fall with many schools electing to deliver remote programs to most children and parents continuing to work from home.”

A member of the Columbia faculty since 2013, Paciga primarily teaches in the Columbia Core and courses for the Education minor. A faculty member dedicated to using her research to advance social change, she is the type of mentor emerging experts in education are lucky to have in their fields. And Paciga’s dedication to advancing her field through her work at Columbia is just beginning. As Paciga noted, “Columbia’s commitment to the arts and to diversity, equity, and inclusion in their previously offered degree programs in education are what drew me to the college initially.”

In addition to researching kid’s screen time during COVID-19, Paciga has also been working with Melanie Koss, from Northern Illinois University, on two other projects. The first is a co-authored paper under review which explores the ways in which the screen has been portrayed in children’s literature in the past 10 years (i.e., since 2010 when the iPad was first released). It contains a critical examination of the characters that engage with screens, the context within which children’s activities around screens unfold in the narrative, and the content displayed on the screens throughout the texts. The second project is a critical multicultural analysis of Newbery Medal-winning children’s literature. Paciga and Koss have examined the ways cultures, race, ethnicity, gender, and ability have been portrayed in the titles that have won the medal. To date, the pair have analyzed nearly 100 titles. Two manuscripts that share data emanating from this research are currently under review for publication.