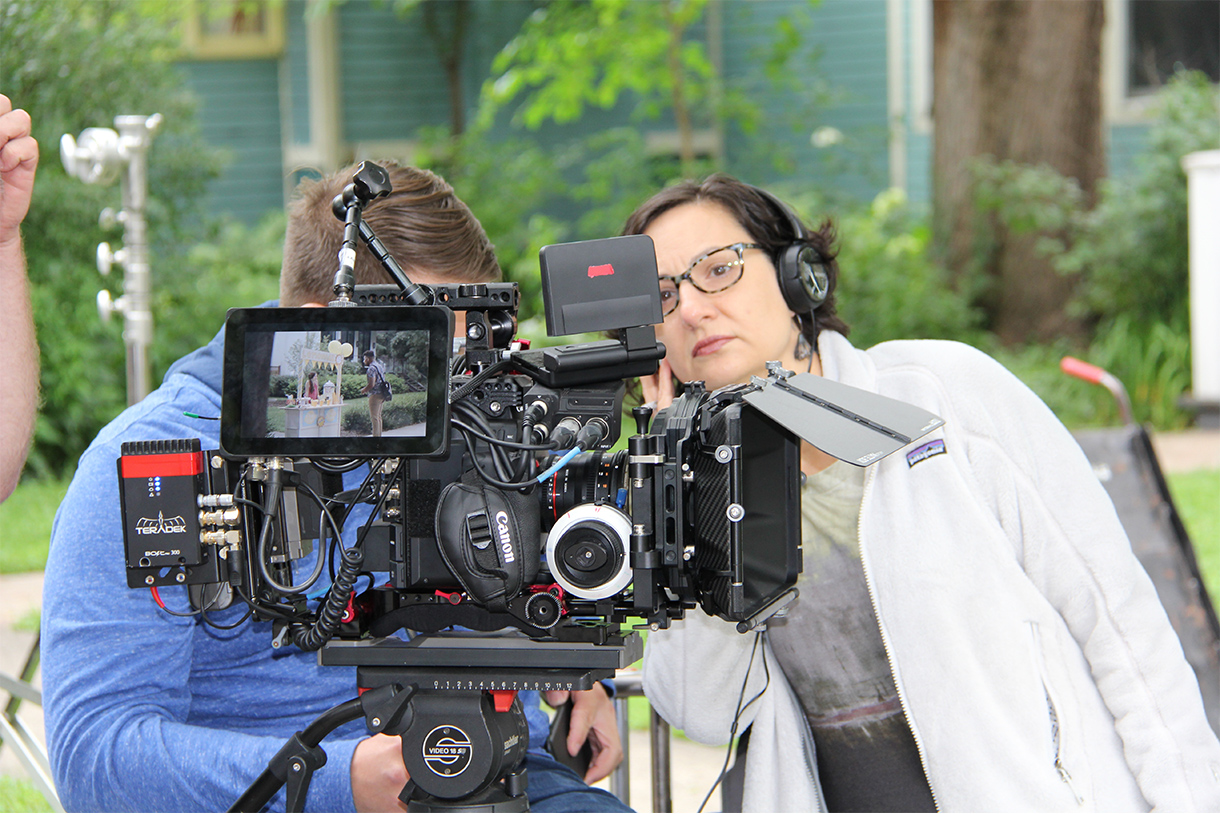 Some days, growing up, Kristin Pichaske just didn’t want to go to school. On those days, her father, an English professor, would take her with him to campus. She loved it so much that she knew somehow, some way, she wanted to follow in his footsteps. As she says now, “I wanted to teach even before I knew WHAT I wanted to teach.” But teaching was not her only love. Pichaske also loved storytelling, communication, and public engagement. After college, she got a job as a political press secretary—a position that seemingly tied most of her interests together.

Soon, though, Pichaske became disillusioned with politics. She began to work at a social impact agency as a writer, but quickly started becoming involved with the agency’s production work. “Eventually,” she remembers, “I was asked to direct a documentary for one of my clients. I wasn’t exactly qualified, but they wanted a young director who could get high school students to open up about substance use in high schools.” The show won an Emmy, catapulting Pichaske into the spotlight. She quit her job and went to graduate school for documentary filmmaking, earning her doctorate in Film Studies at the University of Cape Town in 2009.

At the University of Cape Town, Pichaske studied race and representation in South African films with an eye towards investigating the dissent defining South Africa at that time. “Then,” she says, “I did a series of case studies looking at films with different subject-filmmaker relationships and their outcomes for the subjects. I walked away with a much clearer sense of my ethical responsibilities as a filmmaker.” It’s a practice that Pichaske brings to her contemporary work.

After earning her Ph.D., Pichaske continued to work on a number of evocative projects, many of which have contributed to her personal growth. Speaking of her latest series, Pichaske says, “I’ve been changed in different ways by my most recent series, Pulling the Thread, which explores the proliferation of conspiracy thinking in America from a cognitive science perspective. The tagline is ‘think about how you think’ and creating the series has made me do just that. I learned so much about how the brain works, why we are all far more irrational than we think, and what we can do about it. It has humbled me and made me a more rational person, and I hope it will do the same for audiences.”

When she is not involved in documentary filmmaking, Pichaske is hard at work mentoring students at Columbia College Chicago, the institution that she calls “by far my first choice of all the colleges where I interviewed.” As an Associate Professor, Pichaske dedicates herself to helping her students forge connections with others in their field, providing detailed feedback on their work, and encouraging collaborative entrepreneurship for students interested in working together, starting businesses together, or even just forging supportive friendships.

For students considering studying at Columbia Pichaske has some crucial advice: “First, I strongly recommend that you diversify your skill set. Don’t just plan to be a director – the director is often the last person to be paid on their own projects. It’s critical that you learn a craft like shooting, audio recording and/or editing.” That way, you can build industry relationships and continue to have a reliable source of income while moving forward in your career. Also, Pichaske recommends that students become familiar with social media platforms. “The first job many aspiring filmmakers get is doing outreach and engagement for other people’s films,” Pichaske says. “Young people have a big advantage in this department because they are digital natives who actually know how to use TikTok and Snapchat… which is more than I can say for most Academy Award-winning filmmakers.”