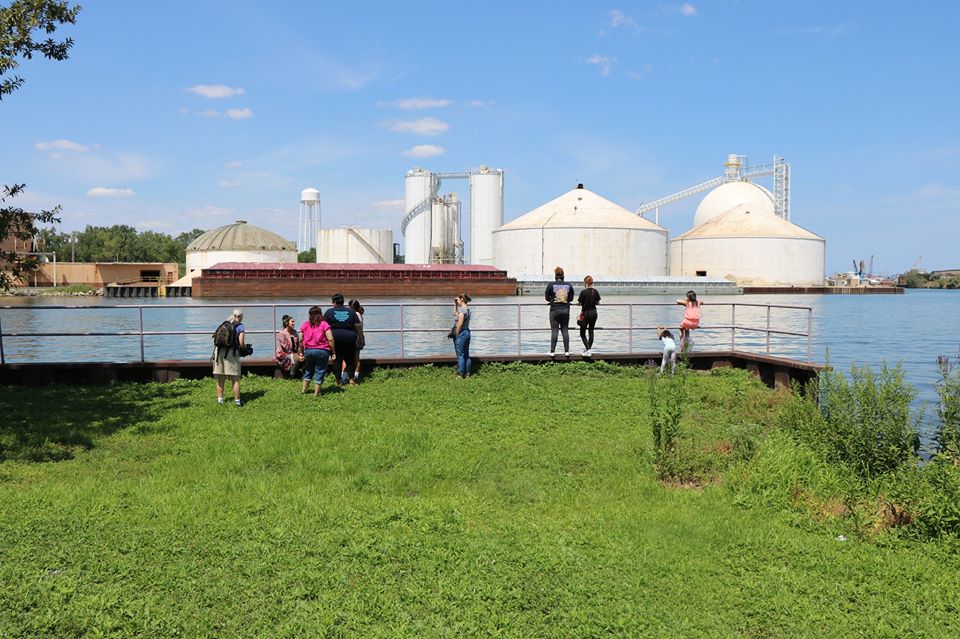 Rebel Bells is a short documentary about an all-girls radical collective located in the Calumet Region that connects the south side Chicago neighborhoods of South Chicago, South Deering, East Side, Hegewisch, and Calumet City with northwest Indiana. After meeting the organization’s founders, Humanities, History, and Social Sciences Associate Professor Michelle Yates is producing a documentary about the organization as an extension of her scholarship in the environmental humanities and to help spread awareness about this amazing group of young women who are making positive changes near Yates’ own neighborhood. The Rebel Bells are working to save the world, starting in their local communities.

The collective is based on a social justice framework targeted to young girls of color (ages 3 – 18) and has since expanded. The Rebel Bells film captures the group organizing and participating in toxic tours showing other residents the polluters in their neighborhoods, protesting at the extinction rebellion rallies, volunteering at a local harvest powwow in Naperville, in meetings, a scavenging trip where the girls learned about how to forage for wild edibles, and other experiences.

Yates and her team are about to start the postproduction process. Earlier this year, Yates received a Columbia College Chicago Faculty Development Grant to help with production and she has recently been awarded an Illinois Arts Council Agency Grant to help with post-production. Yates plans to submit the film, her first, to film festivals by the end of the spring semester.

Michelle Yates is an Environmental Humanities scholar and her class Nature and Environmentalism in U.S. Culture helped inspired her to create the documentary to help tell Rebel Bells’ story. After meeting one of the group’s founding mothers, Olga Bautista, at the Museum of Contemporary Photography’s Petcoke exhibit, Yates invited Baustista to speak to her class to about environmental racism and environmental justice. Baustista used the story of petroleum coke (also known as petcoke) in her community as an example of these practices. A few years later, Bautista recommended another class speaker, Jade Mazon, who is another group founder. During her lecture Mazon mentioned the women in her community had started a group called Rebel Bells. As a result, Yates spent seven months talking to the collective’s members to see if they would be interested in participating in a film.

Yates, who also co-directs the Chicago Feminist Film Festival (with Susan Kerns in Cinema and Television Arts) felt that film would be the best medium to tell this story.

“This is a film made by women about girls and women,” Yates said. “It highlights the voices of people who are marginalized, on the one hand in the film industry, and on the other hand, the voices that are sort of ignored within the environmental movement.”

To stay updated on the film, check out the Facebook page: https://www.facebook.com/RebelBellsFilm/.