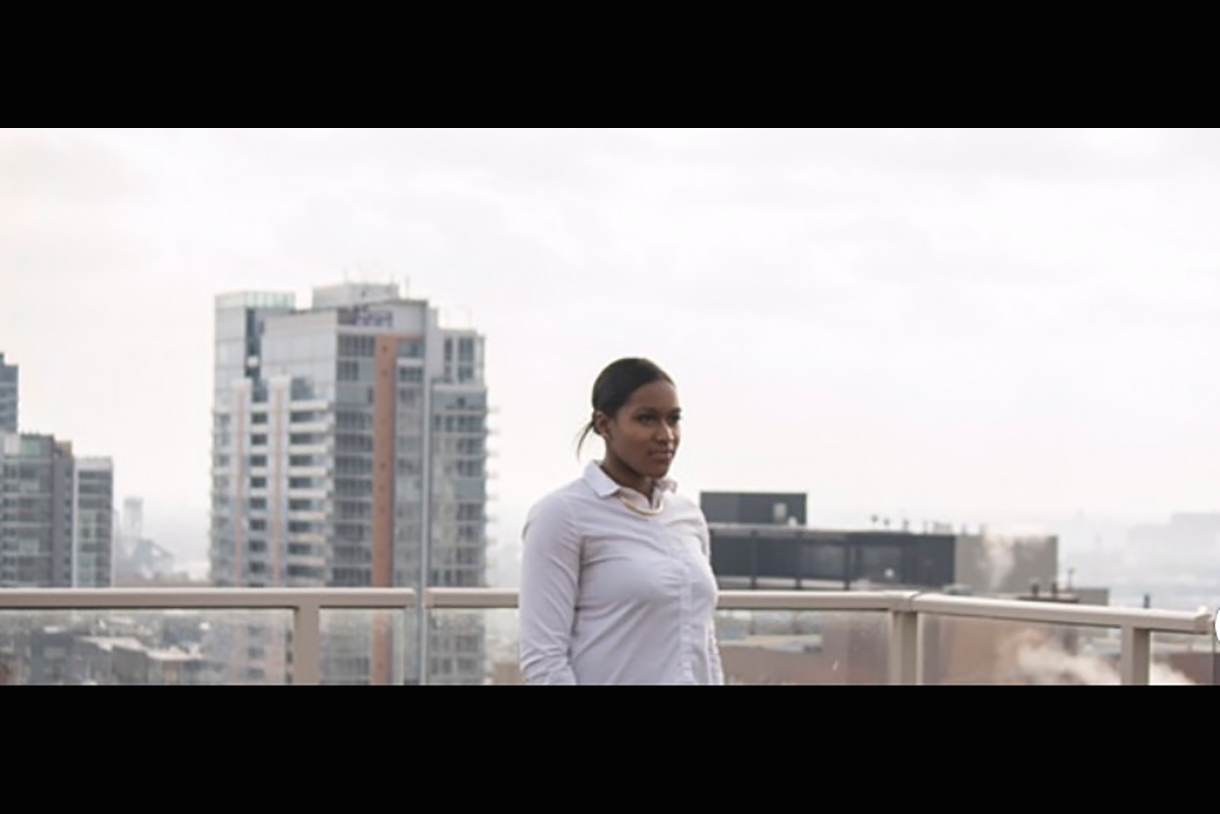 Christian Cook ’19 knew she wanted to be a writer since she was just three years old. She spent her life making decisions to put herself in a position to achieve her dream, and in July 2020, Cook’s first novel “I Hate Gray” was published by Leeds Press Corp.

Cook arrived at Columbia from the suburbs of Detroit in 2014 and consistently journaled her experiences, thoughts, and observations of starting college and moving away from home. She started at Columbia as a journalism major but switched to Public Relations so she would be able to help to be comfortable with speaking in front of others, pitching her work to the media, and market herself as a writer.

Here, Cook shares more information about her novel and her experiences at Columbia:

Can you share the title of the book and a brief synopsis?
The title of the novel is “I Hate Gray.” I titled it that because the main character struggles with seeing issues with a black or white standpoint, but she finds herself indecisively in between any matter she’s trying to decide on and she’s always in the middle “gray” area of a situation. Krista Clark is facing the difficulties of growing up; being in between an adult and a teen, trying to figure out if she is in love or not for the first time, and struggling with her beliefs she has had from growing up in her suburban upbringing to what she is now encountered with by the city, while dealing with her anxiety that is typically prompted due to her indecisiveness.

When was the book published? How did you get it published?
The book was published on July 30th, 2020. It was published by Leeds Press Corp after I accepted my book deal in May 2019.

What inspired you to write this book, is this topic personal for you?
I was inspired to write this book from personal experiences. At first, I only journaled as a hobby, but I went on a mission trip in LA directly after finishing my freshman year (summer 2015) and getting to know the new people I was now surrounded by. I connected with them by telling stories and someone said as a joke “You should write a book” and the statement stuck with me. Based on how much I wrote on the regular, it felt like I was writing one subconsciously.

How did your experience at Columbia help you write and finish your book?
My experience at Columbia helped me write the book because the environment was one that sparked my independence. As a writer, I think it’s important to tell authentic, captivating stories. My independence that I grew into having after starting college allowed me to stop dealing with self-censorship. Being on my own caused me to be stronger which helped me stop caring what others would think about the things I had to say.

How did your time at Columbia College help you become a better writer?
My time at Columbia College Chicago helped me become a better writer because I took various writing courses such as Fiction Writing 1, Autobiographical Fiction, Writing and Rhetoric, and Creative Writing J-Term in Paris. The things I remember most about these courses is being told to “dig deeper” and “show, don’t tell the reader.”

What was your major and when did you graduate? How did you decide on this major?
I majored in Public Relations and graduated in May 2019. I actually started as a journalism major but switched to PR after taking a consumer behavior class and coming to the conclusion that I wanted to write but not about the news. I thought PR would be able to help to be comfortable with speaking in front of others, pitching my work to the media, and market myself as a writer.

Would you advise a prospective student (in PR or writing) to attend Columbia College, and if so, why?
I would advise a prospective student in PR to attend Columbia as you would get so much hands-on experience with relevant and up to date course work. There were so many internship and volunteer experiences that were presented to me as a student that I felt prepared to enter the workforce immediately after graduation, and I started a full-time job upon graduation.

What advice do you have for current students?
My advice I would give current students is that Columbia is the place where you can only get out what you put in. Network with faculty, students, and be serious about your craft. Also, don’t let anyone put you in a box! If you feel like you are capable of doing more than is presented to you, go for what you want and don’t let the words of others hold you back and keep you in the vision they have for you.

Is there anything else you’d like for us to include?
Yes, the novel “I Hate Gray” is available for purchase here.