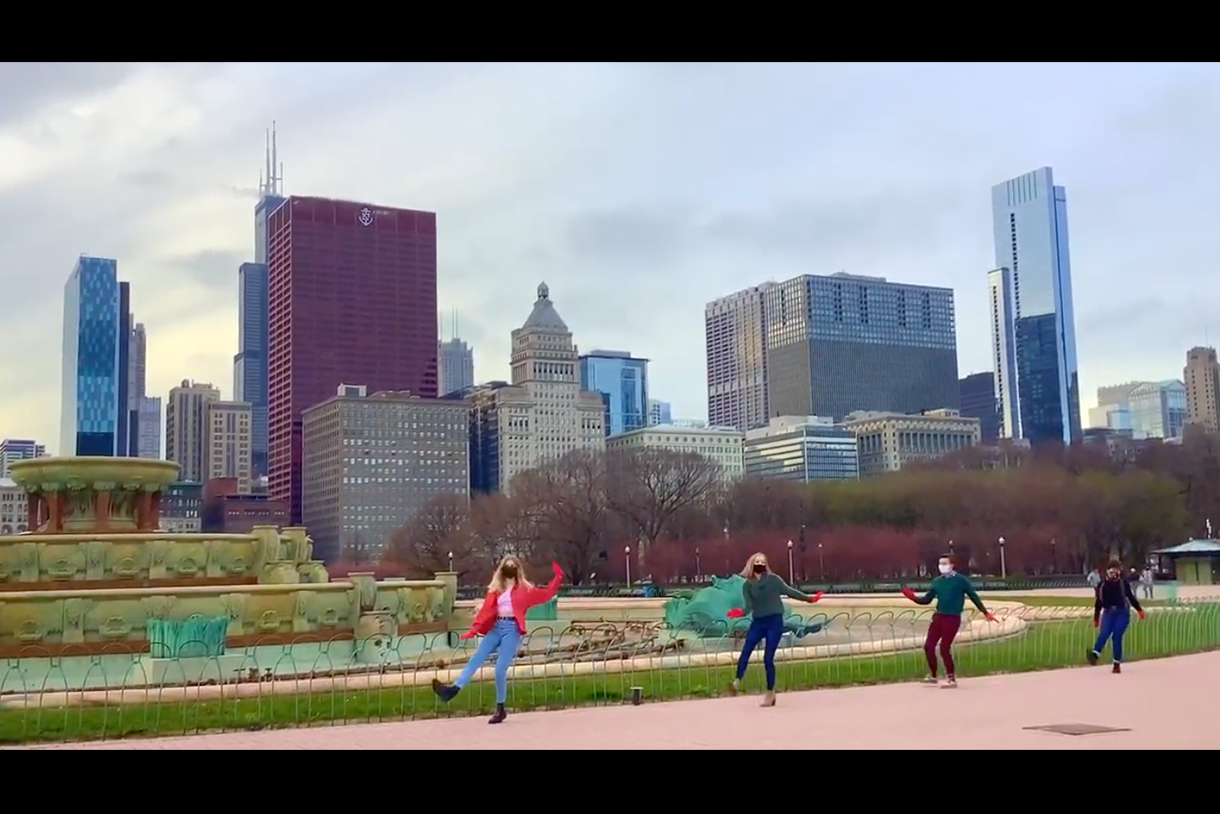 With the holiday season approaching, Columbia College Chicago Theatre students choreographed and danced to “Man With the Bag” through the streets of Chicago, creating a joyful video and spreading holiday cheer.

“This fall, I loosely presented the idea of a holiday music video to my class and their response was overwhelming. We’re all passionate about tap every day, but what better time to tap and bring joy to ourselves and others than the holiday season!” says Fischer. “So, we spent a month conceiving the idea in class together and then assigning different sections to be choreographed by different students. We thought up locations around Chicago that meant something to them, or to us as a community, and that would fit our concept for the video.” City backdrops included Buckingham Fountain, Grant Park, The Green Mill Cocktail Lounge, Macy’s, Lyric Opera of Chicago, The Chicago Theatre, and Union Station.

“I’m now more excited than ever to keep flexing this new creative outlet of video and I think the students are, too,” says Fischer. The students are now creating similar pieces of their own and sharing them on the Instagram page “Columbia Musical Theatre Tap,” in hopes of sharing their work and highlighting different students in the Theatre department.

“We knew we were going to share this with the public and hopefully showcase our department and the Musical Theatre Tap program, but we truly made this for us—as a way to feel inspired and keep growing, to experiment with new ideas and continue tapping together, to create a goal and achieve it, and to smile and laugh together,” says Fischer. “For a lot of these Musical Theatre majors right now, Broadway is closed and that feels grim and scary when looking into the future, but this circumstance has allowed us to remember, and for some, to redefine what success really looks like. In our classroom, it became the idea that practice makes progress and if you're showing up for yourself every day, however that may be, then it's a step in the right direction and a success. You don't have to be on Broadway to be doing that quality of work or showing up with that amount of commitment. You can and should be doing that each day in class for yourself.”