Dan Dinello on Children of Men 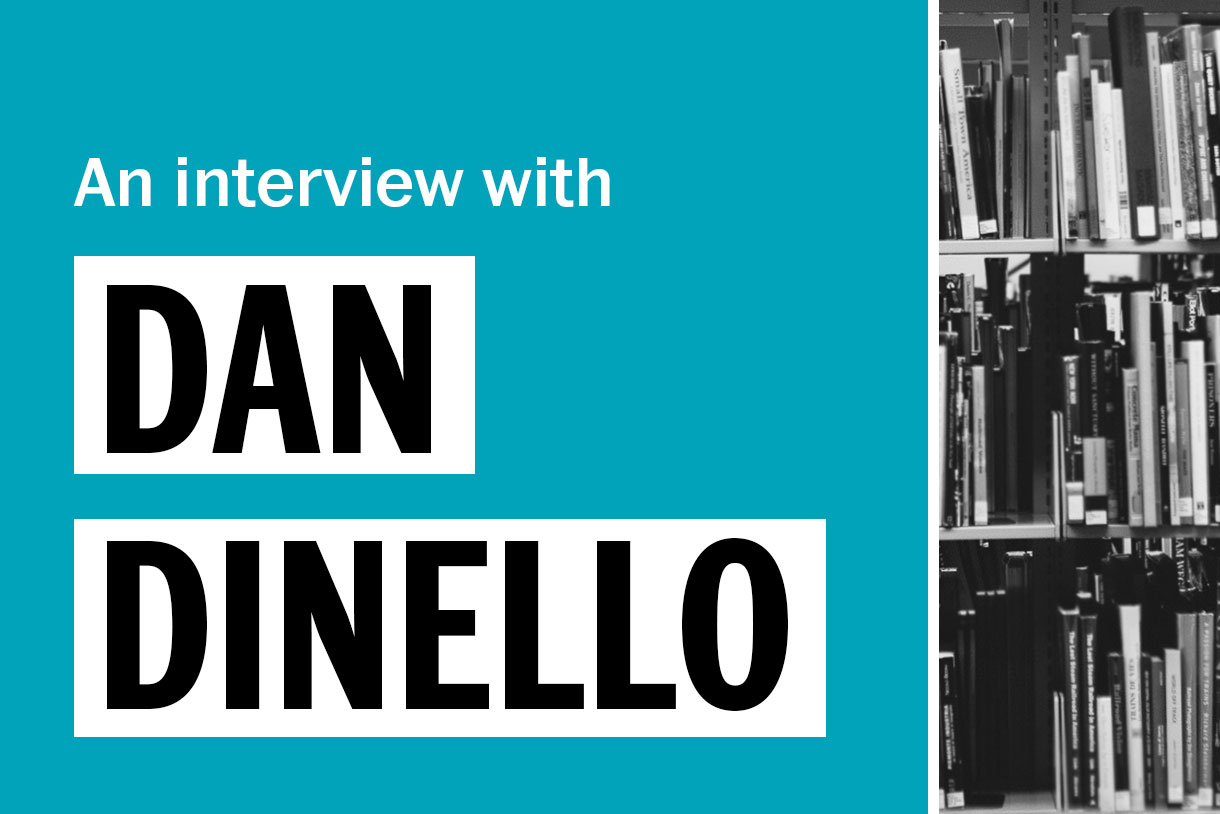 Professor Emeritus at Columbia College Chicago, Dan Dinello wrote his third book, Children of Men, in 2019, published by Auteur Press in Europe and Columbia University Press in the United States. His other two book are Finding Fela: My Strange Journey to Meet the AfroBeat King, and Technophobia! Science Fiction Visions of Posthuman Technology. In addition, Dan contributed chapters to nine books, including Westworld and Philosophy (2018), The Who and Philosophy (2016), and The Ultimate Star Trek and Philosophy: The Search for Socrates (2016). He's written over 200 articles for various publications including The Chicago Tribune, Alternative Press, Salon.com, and the Manchester Guardian. Most recently, he's published articles on the website, Informed Consent. A DGA member, Dan directed episodes of the Comedy Central Television Show, Strangers With Candy as well as several award-winning short films, all starring Stephen Colbert (The Late Show, The Colbert Report), Paul Dinello (The Late Show, At Home with Amy Sedaris), and Amy Sedaris (At Home with Amy Sedaris). We sat down with thim to talk about his new book, the writing process, and the fascism and xenophobia that persists in our world.

Your new book explores the complexities and intricacies of Cuarón’s visionary 2006 film. How has your viewing of this film informed your worldview?

Set in 2027, Alfonso Cuarón’s dystopian science fiction film dramatizes a world in chaos with humanity hurtling toward extinction after eighteen years of infertility. Environmental catastrophe, inequality, and global war create militarized walls between the privileged and the impoverished. In my pessimistic moments, this bleak portrait aligns with my own fears. However, in the face of brutality and injustice, Children of Men urges political resistance through a community of like-minded people as a way to fight pessimism which is a paralyzing force. The movie ultimately advocates a hopeful philosophy that encourages political engagement and action. I share this perspective.

How did this book come into being? Was it something you’ve been wanting to write about since you first saw the film, or were there events in our current world that inspired your project?

I love the movie: when first released in 2006, it was one of the few films to vilify the Iraq War and occupation while centralizing criticism of racism, xenophobia, and an apathetic population that relinquishes freedom for the illusion of security. Yet the movie’s leftist politics emerged in the context of a suspenseful thriller with flashes of humor. I regularly taught the movie in my Columbia College science fiction class, so I kept thinking about it. By 2016, the horror of the Syrian civil war, the global immigration crisis, the U.S. election of a white supremacist, and the rise of xenophobia and nationalism — all increased the movie’s social resonance. As if torn of today’s headlines, Children of Men seemed like a documentary of a future that had now arrived. Auteur Press liked my proposal and gave a small advance to write it.

How does your work deal with the themes of xenophobia, white nationalism and neo-fascism that pervades Cuarón’s film and are so prevalent in today’s world?

Among other things, my book draws connections between Cuarón’s bleak vision and our contemporary world, such as the xenophobic propaganda used to induce ethnic hatred in the population; the banning of refugees entering the country; and, the hunting and caging of immigrants. While providing a running social-political critique of these issues, Cuarón counters white supremacist ideology by making the savior of humanity a stateless black child of an African refugee. He imagines the rise of a more egalitarian society with a narrative that urges emotional identification with courageous rebels and marginalized ethnic and racial outcasts.

Your text—already critically acclaimed—reaches both general audiences and experts in the field. Can you talk a little bit about process and how you try to engage multiple audiences?

Teaching for 33 years at Columbia College helped train me to communicate to people who possess a wide range of knowledge and expertise, so I didn’t think too much about doing this deliberately except for a few instances. When referencing the aesthetic philosophy of French film theorist Andre Bazin and the existential philosophy of Albert Camus, I made sure to clarify their terminology and concepts. In addition, I personalized the analysis by intermittently writing in the first person. For example, I mention sharing a hearing impairment — tinnitus — with the lead character. This is represented in the movie (and in real life) as a high-pitched ringing sound. Explaining about my own experience with tinnitus and the social problems it entails led to an in-depth discussion of the psychological and thematic role that it plays in the movie.

The first draft that I presented to the publisher had already gone through lots of editing. My wife Maureen Musker is professor of English at Triton College. She’s a precise editor who confronts me with everything from slipshod grammar to overly convoluted sentences and from nonsensical or unnecessary paragraphs to poorly structured, confusing chapters. After submitting a draft to the publisher, I received notes from the editors at Auteur Press and Columbia University Press. The process went smoothly and, though sometimes annoying, it never reduced me to anger or tears.

What’s next for you as an author, critic, and expert in the field?

Aside from popular culture, I like to write about politics and will continue to do so. These stories often get posted on Informed Comment — a Website run by University of Michigan Professor Juan Cole. My most recent article, “War Criminal in the White House,” was published in early January. I also write about science as well as myself. So, my next writing project will combine those two things: the nature of the strange, rare illness that befell me while writing Children of Men as well as my battle to overcome it. Most importantly, I will work to defeat Donald Trump.