Danny Kravitz Walks the Walk: On Life, Mentorship, and the Road to The Marksman 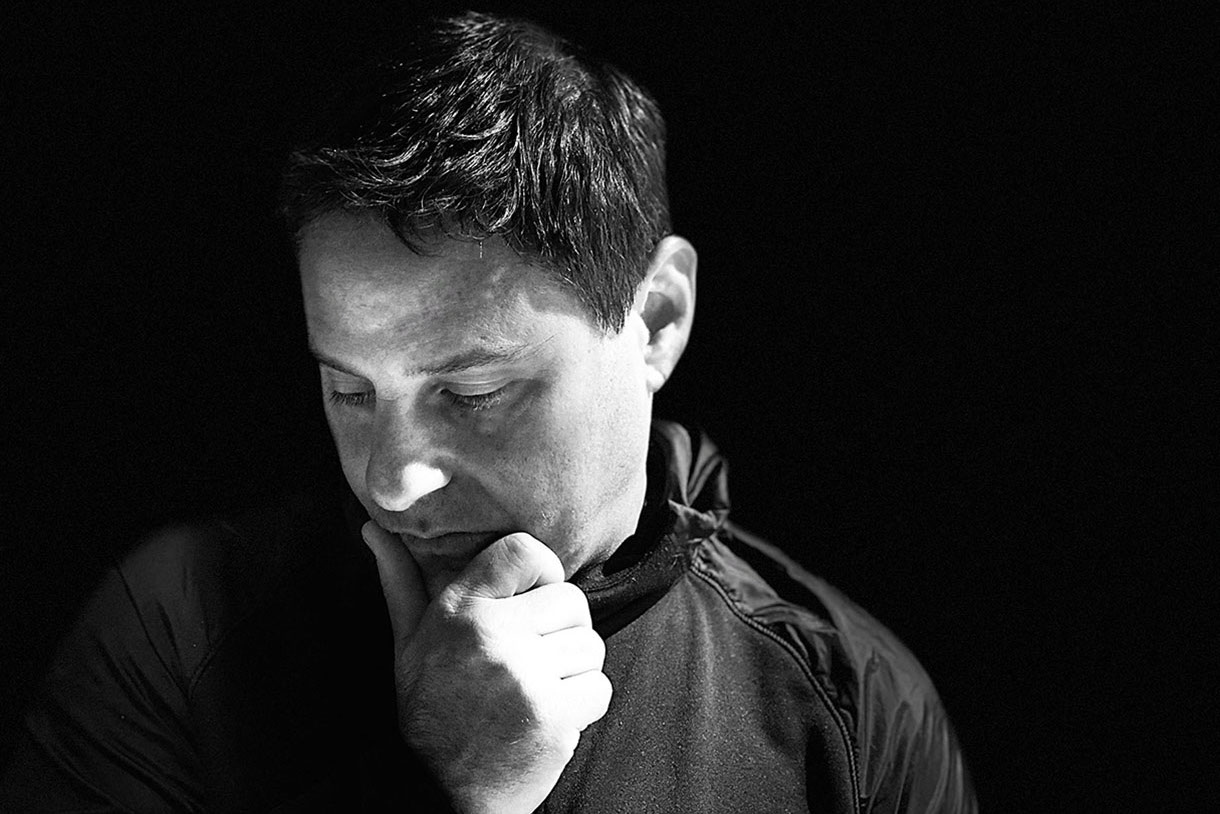 Danny Kravitz wanted no part of Chris Charles’ idea to write about a “Minuteman.” It was, as Kravitz said, about exploring “these guys who live on the border of Arizona and Mexico,” hunting down vulnerable refugees who cross into the United States illegally. Charles, Kravitz’ writing partner and former Screenwriting 2 student, begged him to just watch a YouTube video about these “minutemen,” who were self-described American patriots, before making a decision about whether they should dismiss the idea.

Kravitz watched the video. His reaction wasn’t at all what Charles had hoped for: “Ughh! I have no interest in this! It’s yucky!” He was repulsed by the racism, the guys, the tone in general.

But then he started thinking. What if it was a redemption story? What if we explored how someone became broken and angry? What if we treated him like a real person? What if we gave him a chance to heal?

Kravitz jotted down some basic ideas then called Charles and they started writing.

That moment of creation—or any of the moments leading up to the production of The Marksman, a major motion picture starring Liam Neeson and due out later this year, almost didn’t happen. Not just because it’s so hard to write a great script, and then thread the needle of the Hollywood movie making machine. But also because Kravitz, a dedicated writer, musician, filmmaker, and improvisor, almost didn’t become a teacher.

As Kravitz says, he “stumbled into teaching” during a recession when creative work was tough to find. He decided to call the Cinema and Television Arts Department about maybe teaching a screenwriting class. But even after a successful interview, it wasn’t a sure thing. He recalls being intimidated by teaching. After all, he says “It wasn’t my plan to be in academia.”

But he loved it, embracing every aspect of it from day one. And now, he says, “One of the best parts of this whole life is that I get to mentor these kids…every day is an absolute joy, where there’s creative stuff that’s happening, where you see learning…every day in the classroom there’s amazing opportunities to discover and demonstrate how stories work.”

For many aspiring filmmakers and writers who have crossed paths with Kravitz, his mentorship has meant more than a successful semester—it has jumpstarted a successful life. Cinema and Television Arts alumnus James Oxyer, now an assistant with Michael Black Management in Los Angeles, says that Kravitz’s class “put me on the right path to chase after my dreams out here,” and says that he “definitely wouldn’t have had the confidence to pursue my goals like this” if it hadn’t been for Kravitz’ classes.

First, as Kravitz emphasizes, taking the pressure off. As he tells his students, if you’re not in a trade and you’re more of an auteur, “This [commercial success] may not happen overnight.” So—understanding that it’s often a long and winding road, what is one to do? It’s the old adage, which Kravitz has seen to be proved true time and time again: what you love.

As he says, “If you just follow what you like, then you’re going to enjoy doing it. And if you enjoy doing it, you’ll keep doing it because [your art is] not going to sustain itself any other way. Eventually you get to a point where you’re actually decent at your craft. But you need to love it to do enough of it to get good at it.” He went on to say, “Hard work and discipline are very important also…very important, as are long term goals, but those things are easier when you love what you’re doing. Then just keep believing in yourself and your goals as you navigate making a living.”

Second, don’t let anyone tell you that you can only do one thing. Kravitz, a Renaissance man, is clear that, “there’s never been just one thing” that he finds fulfilling. By engaging with many different creative opportunities, he has been able to more consistently find challenges and gratification, which keeps me excited and moving forward. For Kravitz, it’s about staying true to himself. He says, “If you don’t listen to any [outside] voices, you’ll do things that are interesting to you. I’ll do music, I’ll write screenplays, I’ll write books, I’ll have an opportunity to score a movie” and he does those things, thriving in a world that he readily admits can be “psychologically hard” to navigate.

It might look easy from the outside, but Kravitz is here to remind us that he feels trepidation too. “There’s fear,” he says. “There’s tons of fear. There’s been a tremendous amount of fear at every juncture of everything I’ve ever done.” He feels the fear and does it anyway, something he discusses with his students. He says, “Many of my students don’t know what to do because there’s fear. And I share my experiences and offer what I can to help.”

Kravitz is following his own advice: in the coming months, just some of the many things he is working on include a new feature script, shooting a feature film here in Chicago that he wrote with his writing partner, finishing an academic book on short film screenwriting, and working on a singer-songwriter album that will be released in 2020. And still, teaching and mentoring students at Columbia remains a priority.

When asked what he would say to other Renaissance people studying at Columbia, he pauses. There’s no pat answer, no one-size-fits all piece of advice. He considers it, and says, “What I would say is, ‘come to my office and we’ll talk.’” He senses hesitation on the other side of the table—is this a real offer? Does he mean it? He grins, his smile lighting up his face. “Yeah I mean it!” He laughs, thinks about it some more. “Because I have to know you. And I want to know you.”