For Director Carl Seaton '94, the Fight Goes On 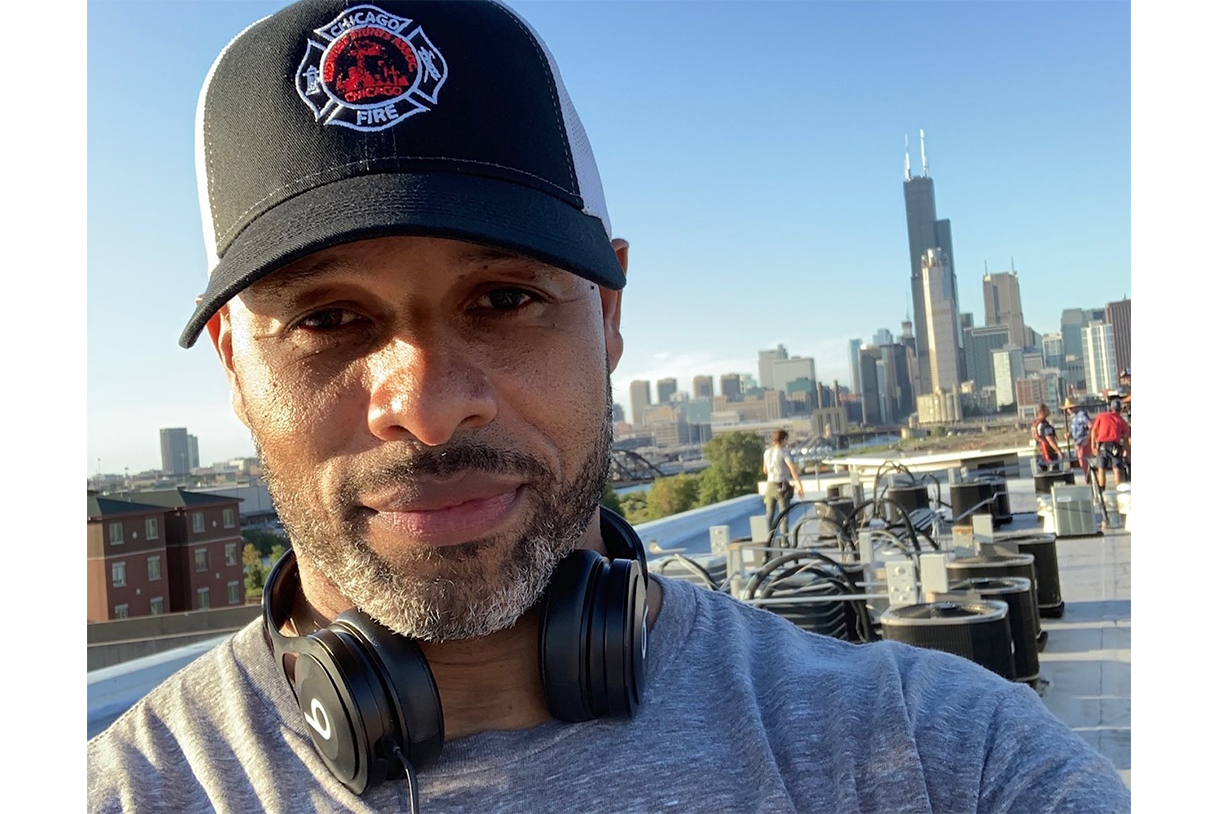 Carl Seaton '94 on directing, producing, and how stories can change a life.

In 1989, Carl Seaton ’94, walked out of a movie theater in Chicago showing Spike Lee’s “Do the Right Thing,” and was transformed.

He was 17. He didn’t know if he wanted to be a director or a producer or a cinematographer—but he knew he wanted to make people feel the way that he felt coming out of that theater.

In college at SIU, Seaton decided to study film. By his third year, after completing his general education requirements, he realized that SIU’s program was predominantly theory-based. Seaton was eager to get going, to start making things, and wanted to make a change.

As he remembers, “While on my break I ventured over to Columbia and just kind of wandered around the buildings… I was walking all around the Michigan building. I stumbled into the film cage and so forth, and just started asking random people questions about the film program. And they didn't know who I was or what I was doing, but they were extremely receptive and were answering all my questions and were inadvertently selling me on this school without even knowing it.”

Columbia didn’t fall short of Seaton’s expectations after he transferred. He ended up finding what he refers to as his “Mt. Rushmore club:” faculty members Ron Pitts, Ron Falzone, and Sheila Baldwin, each of whom provided guidance, training, and insight. Those relationships lasted. As Seaton says, “I still talk to Shelia. I talked to Shelia about three weeks ago as a matter of fact.”

Columbia also provided a network of students who were willing to work independently, willing to hustle. By the time Seaton moved to LA, he had already had significant experience shooting independent film scripts on the streets of Chicago, the city itself becoming a character in his storytelling.

That doesn’t mean it was a straight line to success. Seaton is open about this, determinedly honest. He says, “You get kicked in the teeth a lot in this industry, and I've definitely gotten low. And a couple of times I've actually gotten broken where I was pretty much done.” He remembers back in the last recession, in 2008. He says, “I was pretty much done. I was done with it. I was like, ‘I don't even know if I really want this anymore.’”

There were years between milestones. Eleven years between his first gig as a director’s assistant and truly breaking into the industry. But this is just part of the process. And the process, for Seaton, has paid off.

Passion kept Seaton in the industry. He recalls watching and re-watching films that made him laugh, films that he could recite by heart, when one of the lows hit. It’s clear today that leaving film was never really an option, that even when he felt done with the industry that the industry wasn’t done with him. Because for Seaton, the stories that matter, the stories that have the potential to change people’s perspectives and therefore their choices, have to be told.

Today, more than ever, the memory of the poignant scene in “Do the Right Thing” where the police choke a man to death remains disturbingly relevant. And the call for artists to act as agents of change is even more pressing. As Seaton says, “He [Spike Lee] shot it in '88. It came out in '89. For that to be a relevant topic in 2020 tells you systemic racism and racial profiling and police brutality are so not new. You know what I'm saying?”

Seaton is now known for directing mega-hit shows including “Chicago Fire,” “Chicago P.D., “The Chi,” “Legacies,” “FBI,” and “Supergirl.” He has, he feels, a responsibility to use his role to promote social progress. It’s a struggle, but as Seaton says, “I'm comfortable in this struggle because I've been struggling forever. I mean, I've been in LA for over 20 years and my career just started taking off four years ago.”

Now that it is taking off, Seaton wants to use his role to move the needle. Some of that comes through working on shows like P.D., shows that don’t feel the need to tie up storylines in neat bows, shows that are willing to expose the problematics of policing and face those problematics head-on. And some of that comes through direct action, by being involved in the community both in Chicago and in LA.

As Seaton notes, people of all colors are uniting against institutional and systemic racism is crucial. As Seaton says, “I don't have to be a person of color to see this… it's been gravely obvious for a decade, but it's easy to turn a blind eye if it doesn't cost you anything.”

He has hope for the future. As the world opens up post-COVID, he plans on continuing to work on personal independent film projects, continuing to direct, and continuing to be an agent of change. He says, “I'm hoping this global pause will really just implement more change, but we shall see. The fight goes on.”