From Happy Accidents to the Manhattan School of Music 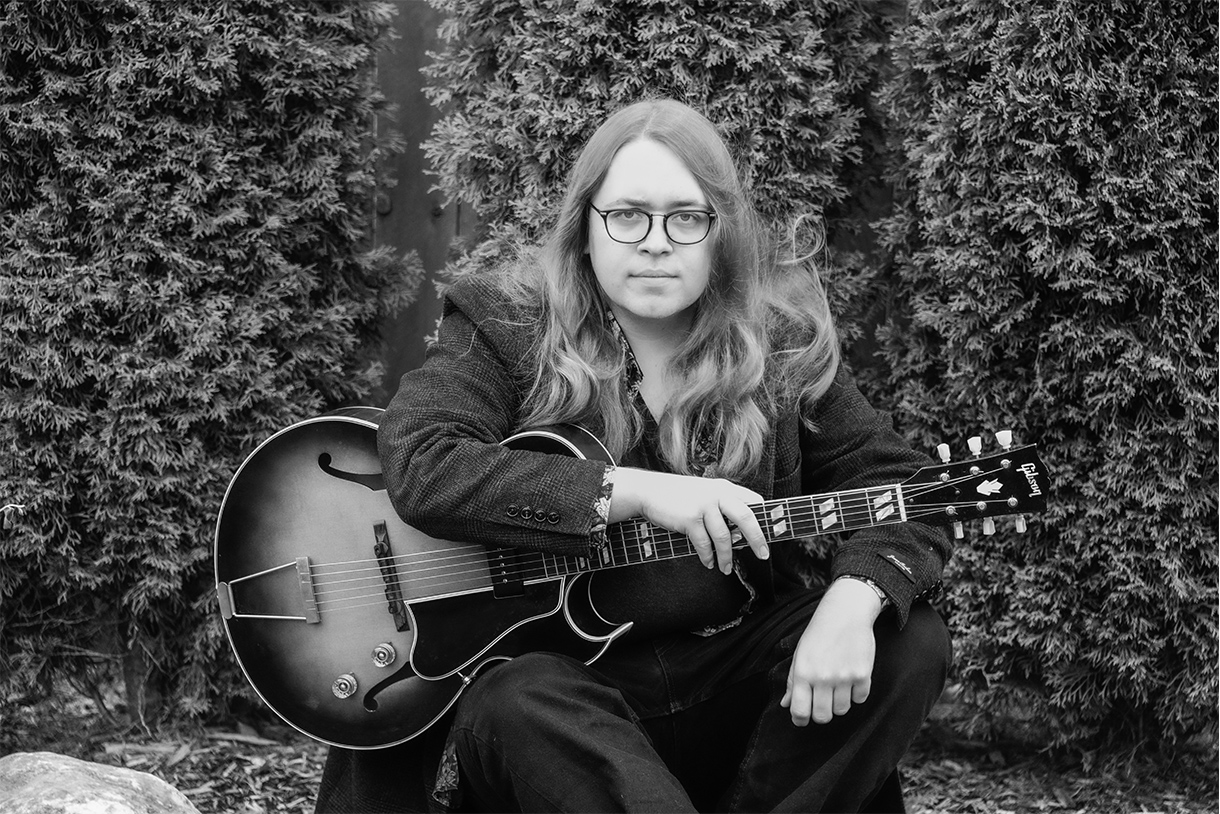 Michael Hilgendorf, BM '20, on song-writing, solos, and his love of playing guitar.

Michael Hilgendorf, at age 12, loved playing “Purple Haze.” Except for the solo. Hendrix solos were a nightmare to memorize! Hilgendorf much preferred to improvise, a skill his musically-oriented parents supported him in. Hilgendorf, BM ‘20, remembers those days fondly now, with a laugh. He says, “Improvisation ended up becoming a theme of mine.” And, almost by accident, guitar improvisation became his passion.

A few years later, in high school, Hilgendorf’s love of improvisation turned into a love of jazz when he attended genre-specific summer music programs at Wayne State University. He was in awe of his fellow-participants’ abilities. He remembers, “That was like boot camp, essentially. Every week I would go there and just go, ‘Wow, like, these kids can really play.’ And they liked me because I had a lot of technique on my instrument, and they started to show me the ropes.”

Hilgendorf had such a good experience at Wayne State that he returned for three summers. And every time he came back to his hometown just outside of Detroit after camp, he had new skills, more experience he could lend to the bands he played with in during the school year, and a deeper love of jazz. Pretty soon, the question for Hilgendorf became: how could he take his love of jazz further?

As it turned out, a fellow band-mate had the answer. One day, Hilgendorf’s friend approached him and asked if he could record their band’s rehearsal for an audition to Columbia College Chicago. This piqued Hilgendorf’s interest, so he scheduled a tour of the Music Department, sent in his audition, and decided to take the plunge.

Hilgendorf couldn’t know then that he would find life-long friends and mentors at Columbia. He speaks especially highly of his relationship with Associate Chair Bill Boris, who is also the coordinator of the guitar and bass programs at Columbia. He says, “Bill is one of the biggest inspirations in the world to me. He's got the most incredible work ethic, he’s the sweetest guy, and he’s just incredible. I can’t even find words right now. I could praise him all day.” He recalls Boris’ exceptional instruction, his willingness to recommend him for paying gigs as a student, and his continuing friendship.

But Boris wasn’t the only one to support Hilgendorf as an instructor and mentor. Hilgendorf also built valuable relationships with instructors like Peter Saxe, an expert jazz pianist, and Cassandra O’Neal, who spent years as Prince’s music director and who was a keyboardist with the New Power Generation. O’Neal so supported Hilgendorf that she selected him as a student to co-present at the annual invitation-only National Association of Music Merchants (NAMM) Show.

The pathway wasn’t always easy. Being a musician presents challenges. Challenges of finding steady work, of remaining active in a competitive field, and of finding ways to remain creatively fulfilled. For Hilgendorf, who remains open to many different possible futures, the next steps are clear. Thanks in part to the guidance and support he received at Columbia, he has earned a spot and an excellent scholarship to the Manhattan School of Music, where he will start as soon as the pandemic allows. He plans on pursuing a Master’s in Music Performance. And after that? Perhaps a Ph.D., so he can teach and follow in the footsteps of his heroes like Bill Boris, Peter Saxe, and Cassandra O’Neal.