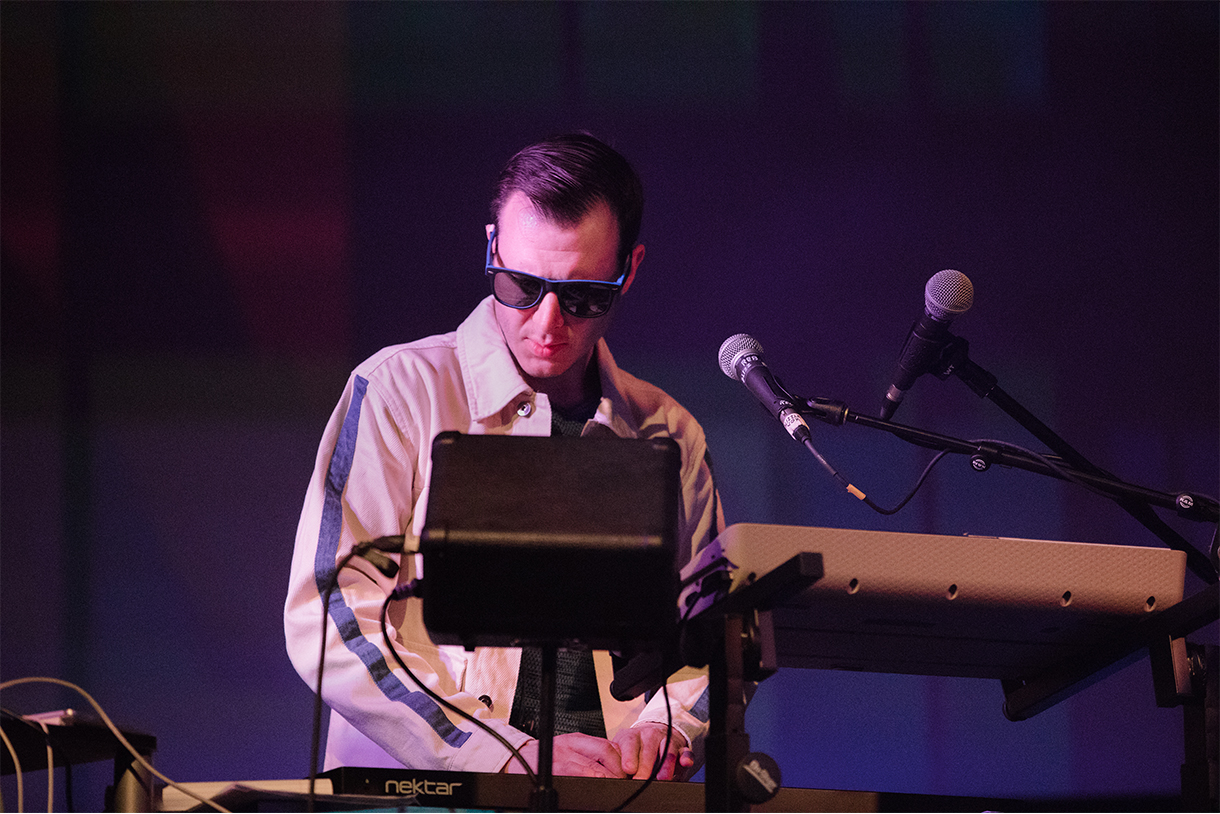 Audio Arts and Acoustics Instructor Ryan Black on how a small investment in your future can make all the difference.

Not many people can credit a PA system to changing the course of their life, but Columbia College Chicago Adjunct Instructor Ryan Black can. It all started when Black was a sophomore at Evanston Township High School.

Black was born just north of Chicago in Evanston where he grew up in a family that was rich in the things that mattered. He had a good family, a love of music, and, by the grace of good luck, a father that owned Evanston Band and Orchestra. It was great for a kid who loved instruments and the people who played them. And Black was working, too, through his jazz group that played weddings and corporate cocktail parties and other events.

Soon, though, it became clear that the band needed a PA system. Black had a little money saved up from his jazz gigs. Other kids might’ve spent it on clothes, or eating out, or maybe even a car. Black invested it in the PA system for his band. He still has it, to this day.

The PA system changed everything. In the first place, and most immediately, the band booked larger gigs and Black rented it out to people, building a little nest egg for himself. Perhaps more importantly, the PA system fostered in Black an emerging interest in project and event management and audio engineering.

Black threw himself into the world. In college at the University of Michigan he received degrees in Jazz and Contemporary Improvisation, as well as Performing Arts Technology and Sound Engineering and then followed that up with an MA in Sound Engineering. All the while he was hustling, taking on gigs, performing, and managing live shows. This continues today: he estimates he's managed, performed in, or done sound for 600 to 700 shows in the last four years.

In graduate school, Black noticed something. There seemed to be a divide—more like a chasm, really, a massive gulf—between people who were interested in teaching and people who were living rich professional lives. It seemed like a problem. After all, how were you supposed to learn how to be professionally competent without teachers who were succeeding in their fields?

Black decided that he would be a cycle-breaker. So, after graduation, he decided to mentor other students looking to live rich professional lives. He says, “I find it extremely fulfilling to work with people who are interested in getting into a career and showing them a path that will lead them there in professional way.”

He found the experience of mentoring others to be rich and wonderful. So much so that even as his professional career developed and he started working with REB Records and in sound for video production with DRS Music, he also pursued teaching. Today, at Columbia, Black teaches AUD 121 and AUD 122, both fundamental courses that will be relevant to students who, like Black, may have an interest in performing, managing, and using audio engineering in many different professions.

Today, Black is using his skills on commercial sets, in live venues, and, of course, as a performer and instructor. Besides teaching, Black says “I love creating and writing music and producing. And I’m going to focus on that.” And to students who may want to follow in his footsteps? Black has two words of advice: “Be the easiest person to work with and be professional. Those two things will surpass huge amounts of skill.” But if you want to be a professional who also has huge amounts of skill—take AUD 121 and 122 with instructor Ryan Black.