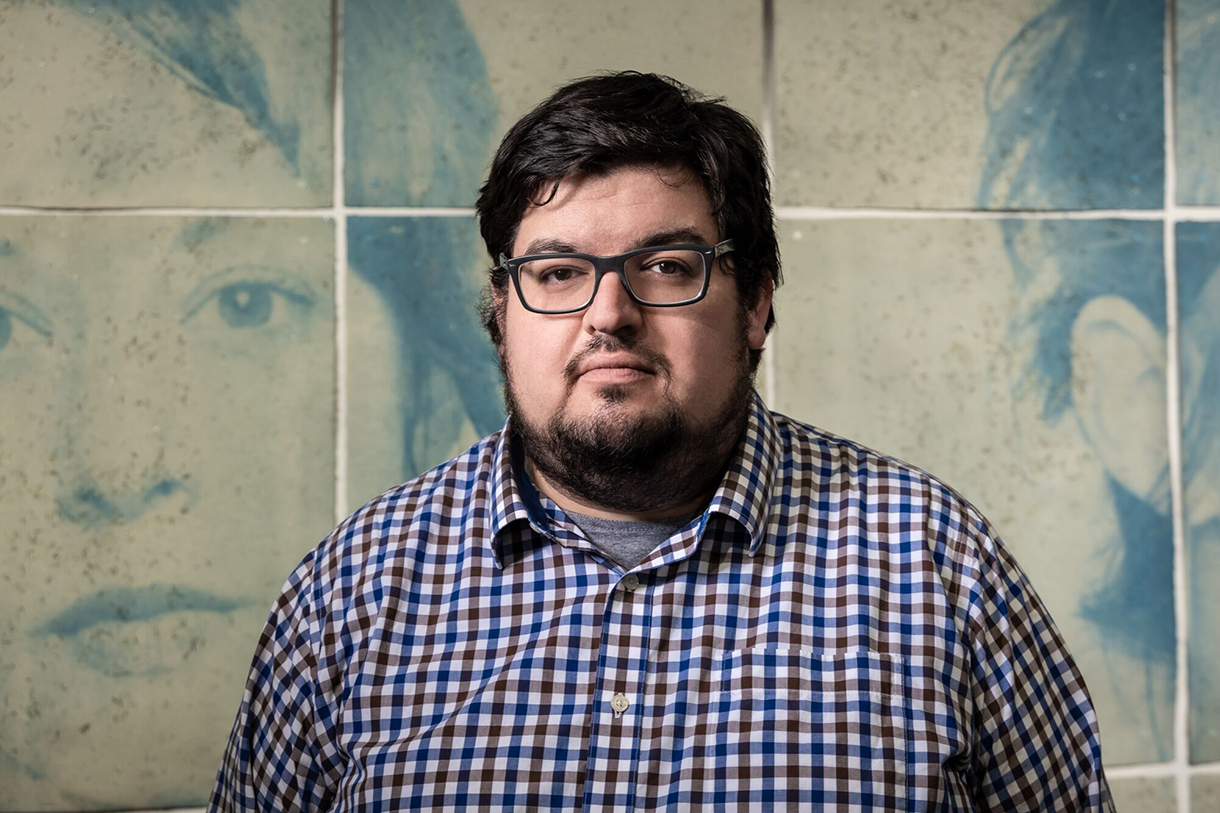 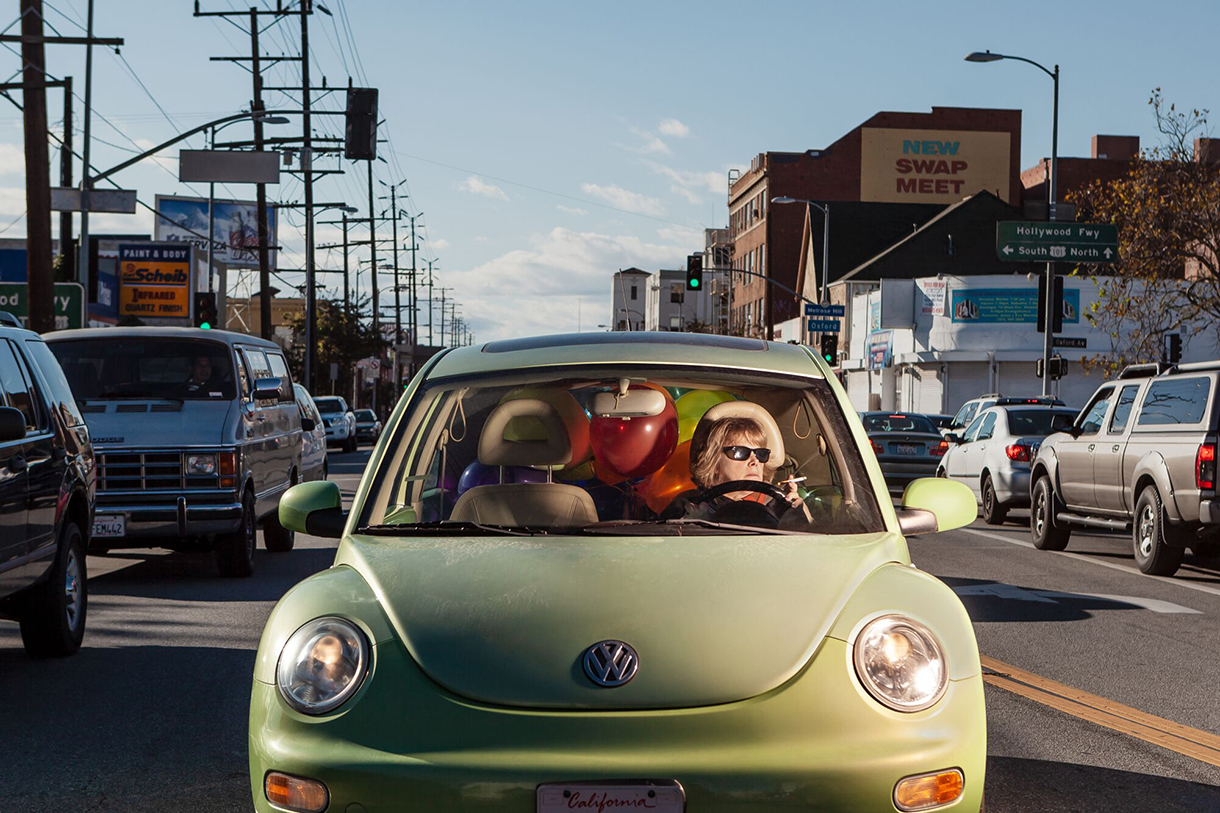 Green Volkswagen, East Hollywood - 2010 from Jonathan Castillo's Car Culture
Columbia College alumnus Jonathan Castillo tells us how photography landed him in Chicago and on the pages of The New Yorker.

If given the option of driving on a warm sunny day or commuting on foot in a snowstorm, Jonathan Castillo MFA ’19 would choose the latter. The California native happily gave up his life in sunny California for the biting cold of the Midwest. Strangely enough, Castillo who says he doesn’t really like driving, made a name for himself by photographing people driving through the streets of L.A. The photography from his project, Car Culture, has been featured in various publications including Wired and most notably, The New Yorker—a feat not conquered by many. Despite his disdain for driving, Castillo tells us how he arrived in Chicago and attained new-found fame by way of the automobile.

The New Yorker recently published an article featuring your project Car Culture, which focuses on photographing unsuspecting drivers on the streets of L.A. Can you tell us about the project and your experience with The New Yorker?
I once took a summer class and the teacher took us to the L.A. County Museum of Art where we looked at a show by Philip-Lorca diCorcia. The photos looked like they were shot in a studio but the people in them looked like they were just walking on the street. They didn’t know they were being photographed, but the lighting and the mood was cinematic. I was totally into it. I immediately went back to my community college, checked out all the lighting equipment and then set up my own version of it on a walkway on a little bridge on campus. I showed the photos in class that fall. I got a scholarship for it. That was all cool, but I kind of went like, “This is still just a copy of what he did. How do I make something where I keep the elements of this that I really like but make it more my own?” I thought “This guy’s in New York and I'm in L.A. Well, no one walks in L.A., but everyone drives. How would I do this with people in their cars?” Later, I took the photos from Car Culture to a portfolio review and one of the editors from Wired saw it and wrote a feature on it. That led to an interview with the BBC and two local NPR stations. Then Peter C. Baker from The New Yorker contacted me out of the blue in the spring of 2019. He was doing some research for some other article about transportation and he came across my work. He was like, “Are you still doing this project?” I said yes so he said “Once you get some new photos let me know because I think they're more likely to publish them if there's new stuff.” So I shot some new photos over the summer and they published them.

You’re a recipient of the Diane Dammeyer Fellowship in Photographic Arts and Social Issues, which is a is a unique collaboration between the Photography Department at Columbia College Chicago and Heartland Alliance, a leading global anti-poverty organization. Can you tell us a bit about the fellowship and your experience as a fellow?
Projects for Diane Dammeyer fellows start with a proposal, which many times needs to be changed and adapted. It’s important to be flexible and responsive for this fellowship, especially working with a big organization like Heartland and working with vulnerable populations. I have two mentors—one from Heartland Alliance (Betsy Leonard) and one from Columbia College (Judy Natal) and both have been amazing in their guidance. While a show at the end of the fellowship is required, it’s stressed by my mentors that the show shouldn’t be the driving focus. The whole process is an education and I'm learning a lot about making work within more institutional and organizational constraints. Part of my focus has been on kids who have crossed the U.S. border without their parents and are being housed in centers for unaccompanied minors run by Heartland Alliance. I've read a lot about these things in the news but when you get to go into one of these centers you meet these kids and see what their life is like. I’m trying to come up with something that's going to be visually represented. You don't want to put people in positions where they have to relive trauma so it’s a delicate situation sometimes. There are very serious concerns surrounding privacy and safety for these children. I'm looking at trying to do things where I can start by photographing interior space or objects to get to the issues without asking anyone to publicly show who they are. It's a really fine line navigating where to be sensitive and being aware of what people might be going through and what's important to share. I'm definitely having to rethink how I would typically work and I'm considering different approaches.

What brought you to Chicago and to Columbia College?
I was in Chicago doing a job photographing a bunch of mom and pop video game stores for a magazine I worked with. I knew it was all the way across the country, and I was like, “If I borrow my dad's car and stay with friends and family, I can make this work.” But I did it so that it would allow me to drive across the country and stop to visit grad schools. I knew Columbia was here and that they were one of the top photo schools. When I visited, I ran into Peter Fitzpatrick who was the chair. He stopped what he was doing and took the time to talk with me about the program and looked at my work. He walked me down to the photo studio, showed me all the equipment and the facilities, and let me sit in on a critique. He told me about all the awards you could win including the Abelson fellowship and the Weisman, and that you can apply for a full tuition graduate assistantship. I was like, “This is it. There's a way to get this funded, and to get other things on top of that.” So that became my goal and I achieved it—I applied to the school right after that and I received both awards and the assistantship.