Keith Walker is Just Getting Started 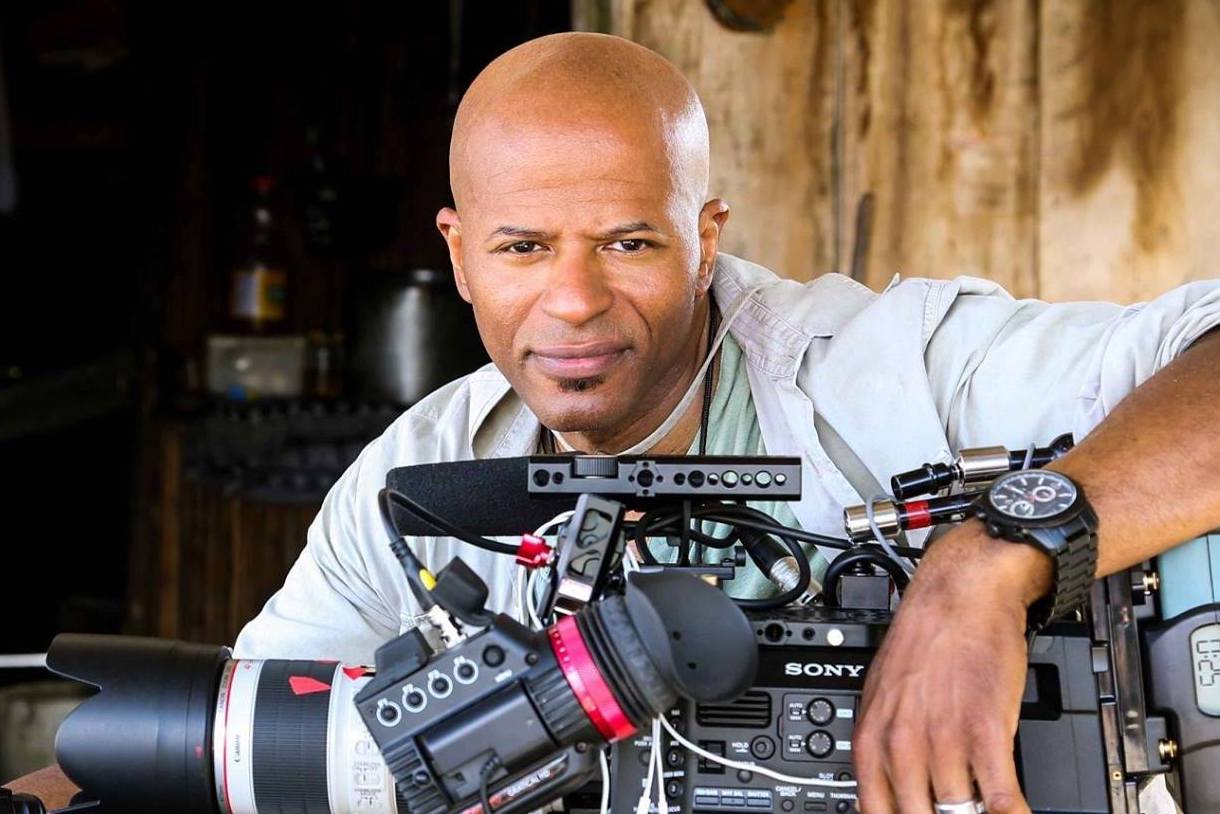 Keith Walker with his camera
Director of photography, documentarian, entrepreneur, and Columbia alumnus Keith Walker sits down to talk about his life, his work, and what comes next.

It was 1992, and Keith Walker stood in his hazmat suit surrounded by ghosts. The entire town of Times Beach, Missouri, was empty, and he, along with his colleagues, were going to make sure that people knew why.

The town wasn’t just empty—it was almost post-apocalyptic. Something sinister was killing birds, livestock, and leaving people with terminal cancer. As it turned out, it was the dioxin in the petroleum that a hired waste-hauler sprayed on unpaved roads to keep the dust down. Nobody knew the danger until it was too late. And now, Walker couldn’t even enter the town without federal supervision and a suit that scientifically guaranteed that he wouldn’t breathe the air.

This is just one of the scores of stories that Columbia College Chicago alumnus Keith Walker, co-owner and director of photography for Media Process Group, has brought to the world alongside his business partner and former professor Bob Hercules.

Even before the two met in Hercules’ television Tech-3 class, Walker knew that Columbia was the place for him. He remembers, “I found out that a vast majority of instructors at the time there were working professionals in Chicago, in the community, making it, doing their craft. And I thought that that would be a better mix for me--to not only get theory in college but also to bump heads with working professionals who were teaching and doing it simultaneously.”

His decision paid off. Hercules, impressed by Walker’s work, asked him to do an internship at his start-up production company, Media Process Group (MPG), which had been founded a few years before by three filmmakers who were also working at Columbia College Chicago. The internship went well. So well, in fact, that Walker was hired as their first full-time employee at the end of the internship. In 1995, Walker became a co-owner.

Walker has an almost effervescent dedication to telling stories that result in social change. He has worked with President Barack Obama, President Bill Clinton, and Maya Angelou along with scores of celebrities making waves in entertainment. He has shot projects in over 35 countries, has worked with Oprah for over 25 years, and was a leading member of the team that, in 2005, flew to New Orleans and interviewed survivors in the aftermath of Hurricane Katrina.

The dedication to his craft, and to telling stories that will better the world, carries him through the challenging times—and there have been challenging times, both in terms of the constantly changing demands brought about by technical innovation and the lack of diversity that still affects every corner of the film industry. Walker, who believes in and strives for inclusion, wants to encourage other young Black filmmakers coming up. He says, “don’t let your Blackness be a negative. It should be a positive. You should look at as ‘I am unique and I can tell this story from a different perspective.’ Don’t let your Blackness deter you from doing what you want to do in life.”

Mentorship for all young filmmakers is a big part of Media Process Group’s mission. In working with interns, Walker says, “After every job they’re on with me, I ask: What did you learn today? And if they can’t come up with one thing they learned after spending 10 hours on a set, that means I failed in my job, because they should have learned at least one thing.”

Walker isn’t slowing down. He’s currently working on three or four social-justice related documentaries simultaneously, including a documentary on using marijuana proceeds for reparations in Evanston, and a project in partnership with Oprah and Apple TV that explores mental illness. And even then, he’s not done. Walker also wants to stretch and pursue narrative work. As he says, “I’ve been doing this now 35 years, professionally 33 years, I still need to learn every day, I still need to develop my craft. I would never sit back and say I’ve learned it all, I know it all, because there’s always something you can learn creatively.”