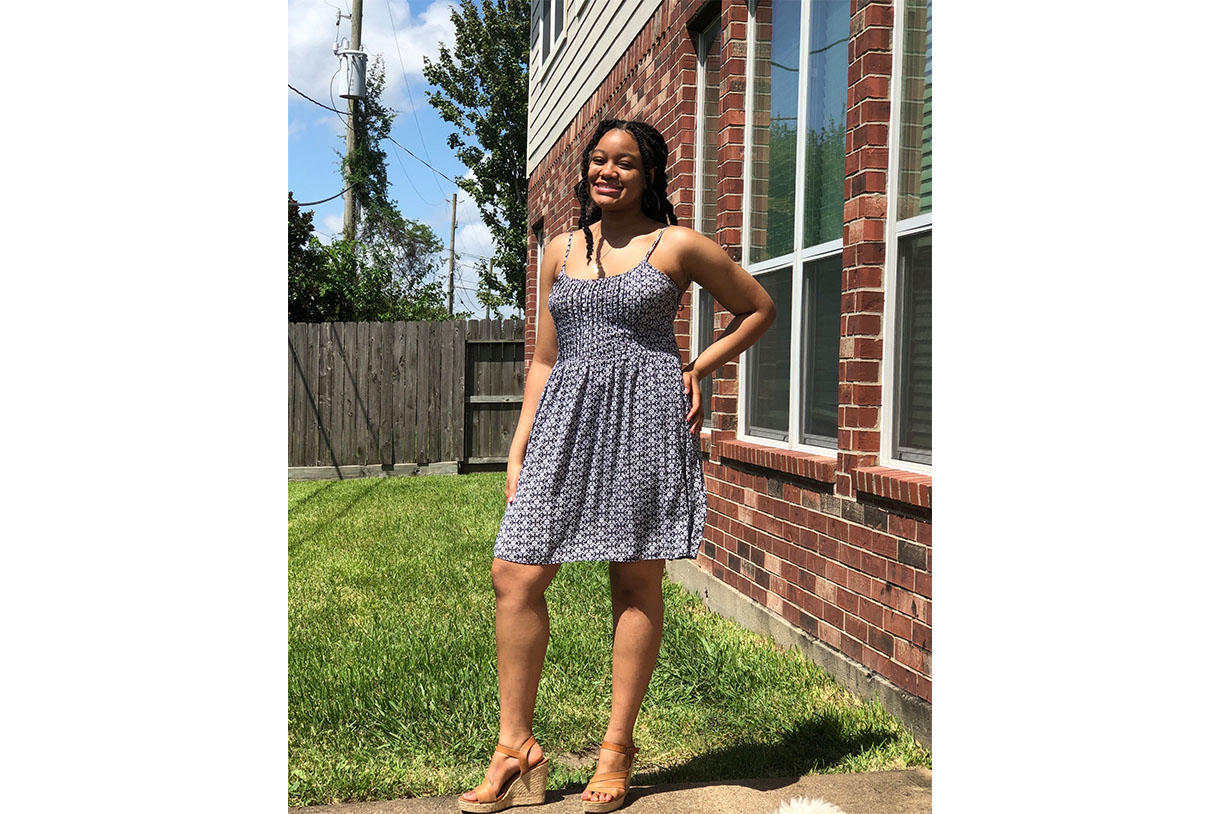 Brooke Wyatt is a Music Performance student working towards her BA. As a transfer student, she has a unique insight into the opportunity for both academic and professional advancement at Columbia. Here, she shares her journey thus far.

When did you first become interested in music? Was there a moment growing up when you knew that you wanted to pursue a career in the field?

My interest in music was actually a result of my mother who had a strong desire to see me play the piano. She signed me up for piano lessons probably around the first or second grade and I felt drawn to the instrument each year I learned more about it. The true time in my life where I knew I wanted to pursue a career in the field was freshman year at my performing arts high school. The experience opened my eyes to various directions I could go, and it really inspired me to want to continue practicing, collaborating with others, and working hard to make it a future career.

What has your experience been like as a transfer student?

My experience has been very pleasant. I would say at first, it was a very vulnerable time for me because I just was at a completely different school in a completely different environment only three months before, so to just move on to a different city and school was definitely overwhelming at first. But once I found my groove at the school, I started to feel more and more comfortable each day. A huge part of finding my groove was credited to meeting so many great people that who were so welcoming to me. It was awesome, because sometimes it can be tough for others to let people into their groups after they have already been established, but it was the opposite with the friends I have met thus far. Joining the Fusion Ensemble was also amazing for my artistic vulnerability because I had come from a conservatory where it was all music 24/7 to a school with other classes outside of music, so being able to fall smoothly into such a strong music group was super helpful with the transition.

What made you choose Columbia College Chicago?

Deciding to attend Columbia was such a last-minute decision that I still marvel at when reflecting on it. I knew that I was not going back to my previous school, but my initial decision for the fall was to just stay back home and take core classes at my local community college. I knew that I was most likely not going to be transferring to another conservatory, so I thought that I would just take the semester to take the core classes that most universities require. While I was planning to attend my classes, I was also planning to begin my application process to a few different schools that I was interested in transferring to in the spring. Columbia happened to be on the list because I had previously visited and been accepted to the school back when I was a senior in high school. I had already previously met with some faculty as well, so I thought I would just reach out to the same people and just make them aware of my interest in potentially attending their school in the spring. I just so happened to email the head of the music department and let him know of my interest in the school and he stated that he was interested in me attending for the Fall of 2019 instead of waiting for spring of 2020 if I could get all my paperwork together. Did I also mention that this email conversation occurred a week before the school year was supposed to begin? Well, yeah, that was the case and I was already currently attending classes at my community college when [Chair Sebastian Huydts] offered me acceptance at Columbia for the Fall. It worked out so smoothly because I had already visited the school before, and they had heard me play, so I was able to apply and be accepted. It was a lot easier than I would have ever imagined. I took that week to discuss details for what classes to register for, unenrolled from my classes at the community college, and was on a flight to Chicago by the weekend to start school that Tuesday after Labor Day.

Have you had any mentors here who have helped you on your path?

Yes, for sure. A great mentor for me thus far has been my Fusion band director, [Associate Chair of the Music Department] Bill Boris. He invited me to join Fusion and it was such a great decision for me coming to Columbia. He has been very welcoming and has offered many opportunities to play gigs around Chicago as well as through the school, which has helped get my name out in the Chicago music scene. I would say Scott Hall, who is the director of the music program, has also been a big help in getting me transitioned into the music department this past year.

What is the biggest challenge of studying music and how have you overcome it?

The biggest challenge with studying music is probably getting out of your own head and pushing yourself out of your comfort zone when writing and performing your music. It is so easy to get yourself wrapped up with others' opinions or comparing yourself constantly. The best way I overcome those insecurities is just to limit my social media intake throughout the day as well as to just really focus on the ways that I shine individually in my craft as a means of motivation. While motivating myself I also have to be honest with myself about the areas in which I need to improve. [I prioritize] a healthy balance of the ego. Your ego is either telling you are not great or you are really good, but to just have a healthy balance of that by learning how to be proud of yourself and your gifts as well as being real about the ways in which you can always improve helps me overcome the insecurities.

Have you had any internships or career experiences you’d like to discuss?

In the summer of 2018, I got an amazing opportunity to attend the National Youth Jazz Orchestra Residency in New York City. This program was four weeks long with two weeks being a residency with musicians preparing to perform at Carnegie Hall and the last two weeks being a European tour. This was a very monumental moment for me at the time because it gave me an idea of what life would be like touring, which is a big part of being a performing musician.

What is your career goal at this time?

This pandemic has definitely made me shift my career goals. Without performing, I have recently had to do a lot of recording, [and have learned the importance of mixing and mastering]. My career goal is to learn the technical side of music right now, because it is so important and will continue to be important even after the quarantine ends.

Is there a message you try to send with your music?

I don’t know if I would say a message per say, but I would definitely say the goal when I play is to really evoke emotion for the listener. I am not interested in just showing off the technical skills I have on the piano, I genuinely want people to really feel what I play because I know that I love when I feel emotion listening to music. It doesn't even matter what emotion you feel, I just want people to feel emotionally connected to what I share because I really try to put all my heart into it when I perform.

Do you have any advice you’d like to give to other students in the field?

Stay encouraged and focused on improving yourself. If you really believe in the art that you have to share, or your potential, then just keep your head down and keep working. With that being said, being a musician is also very much about building relationships, so you must network and be friendly about sharing your gifts with others. There is [an emphasis] on doing everything by yourself these days, but you have to be willing to get your name around and be willing to meet and play with others.