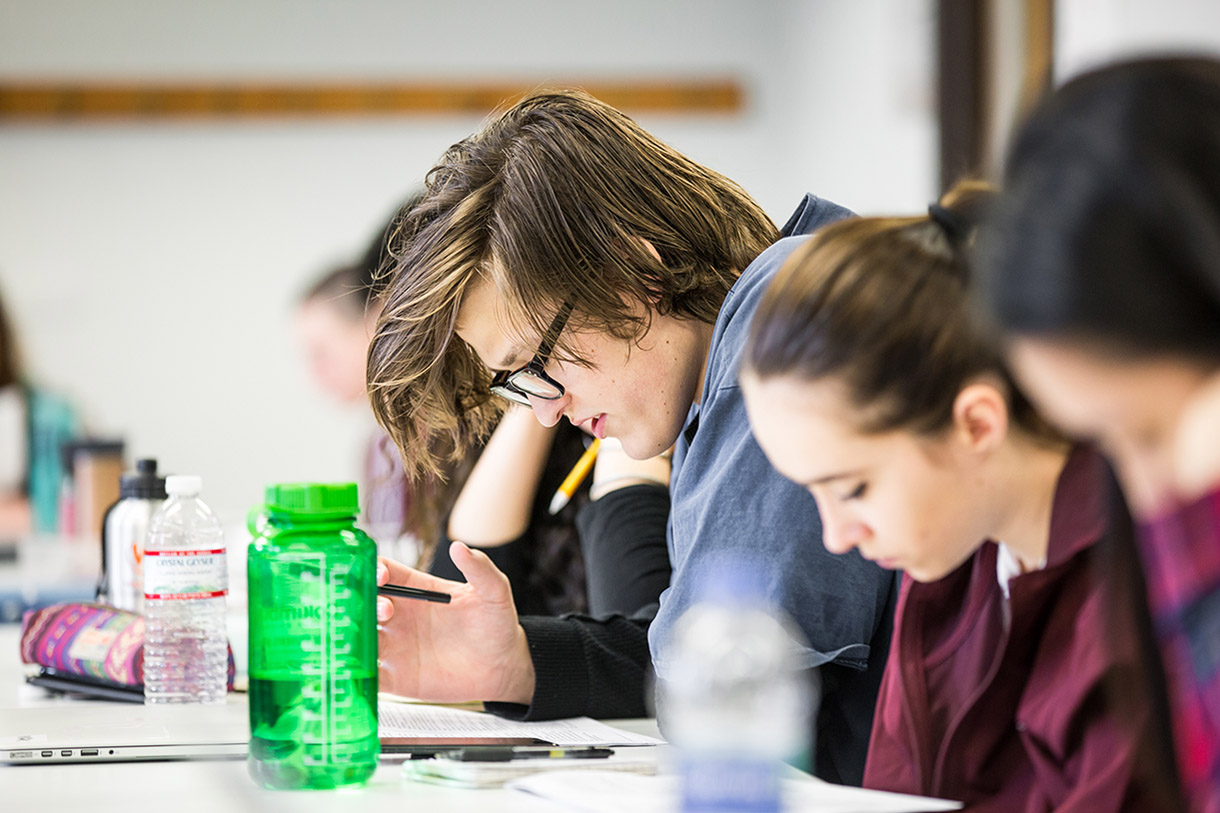 Students often find courses within the Columbia Core that fuel their passions. In fact, there are courses that fill up every semester as students choose how they want to fulfill their general education requirements.

No matter what field students plan to pursue, all students at Columbia are provided with a strong liberal arts education. The School of Liberal Arts and Sciences offers a traditional liberal arts education with full-time faculty and accomplished scholars within the context of an urban arts and media environment that is uniquely Columbia.

While many students come to Columbia to follow their creative interests, all undergraduates complete the Columbia Core, the general education requirements needed to receive a well-rounded education. But these courses are not time wasted outside of their major. Students often find courses within the Columbia Core that fuel their passions. In fact, there are courses that fill up every semester as students choose how they want to fulfill their general education requirements.

Adjunct Professor Laurie Perlini, who teaches Medieval History, and Adjunct Professor Shuko Namikawa, who teaches Japanese Language and Culture, have both followed their own passions are now passing it on to their students. Students may take these courses as they're related to student interests, like gaming or anime.

Perlini first became interested in the middle ages after taking a Humanities course at UIC. This introductory course eventually ended up leading to a double major after Perlini realized she had a passion for reading thousand-year-old documents. Today, Perlini reviews some of those documents in her courses. She says the objective of reviewing the documents is to see how people can take the same set of facts and interpret them completely differently based off of what periods the documents were created. For example, documents about the crusades but written in the romantic era talk of the crusades as being noble and romantic to fit with the current period of thought.

In regard to students who may be more interested in medieval history material over other coursework, Perlini said, “Students who are going to engage, engage. They seem to engage no matter what.” However, popular culture does get brought up during the courses. Perlini’s heard students whisper that material reminds them of Disney’s Mulan – but she notes that the course material is less princess material focused, unless one would want to count Eleanor of Aquitaine (Perlini doesn’t). These courses may be popular due to games like Dungeons and Dragons, video games or fantasy novels that use medieval landscapes in their stories.

When asked about advice for current students, Perlini says she hopes her students have a few takeaways from her course. One of them is to help students realize how much bias there is in the world. “I jokingly tell them that I want them to become as jaded and skeptical as I am in the first class,” Perlini laughs, “but to me, that's what this class is all about. You have these readings, you have a writer who has his biases, is a product of his culture, he has an audience in mind and he has a message. And those are the three things that you should get out of this course, because that message can be hidden in all sorts of places and just because it has been written and “published” doesn’t make it true.”

Namikawa, who has taught at Columbia since 1998, says that Japanese Language and Culture has always been popular. When she first started teaching, students would ask her about Japanese films, including those created by Japanese film director Akira Kurosawa. Today, Namikawa theorizes that Japanese Language and Culture may be popular due to anime, manga, video games, other cultural interests and these topics come up organically throughout her courses.

Often, Namikawa finds that a student will ask a question about Japanese language and she’ll talk about why the vocabulary is what it is through socio-linguistics and sociology in the Japanese culture. However, Columbia is a school for creatives and students have also been known to bring their passions to the course. For example, a fashion student may ask about current Japanese fashion trends, or writers or avid readers may talk about Japanese authors they like.

Japanese culture is vast, and Namikawa has had students ask her questions that she needs to research. She then weaves the answers into her course material, so no two Japanese Language and Culture courses are ever the exact same. But the students get their questions answered and Namikawa says that she sees many familiar faces in her Japanese Two and Japanese Three courses. Namikawa works with her students to build a course that everyone’s interested in. “Students and teachers need to work together to make things happen,” Namikawa says.

The Columbia Core provides students with a common educational experience that blends the best of arts and media training, fundamental business and marketing acumen, and technological fluency with cutting-edge scholarship in the liberal arts and sciences. Collectively, this serves as the foundation for creativity and innovation in professional practice.