AAA Alum Patrick Tumulty on Pivoting to Chase the Dream 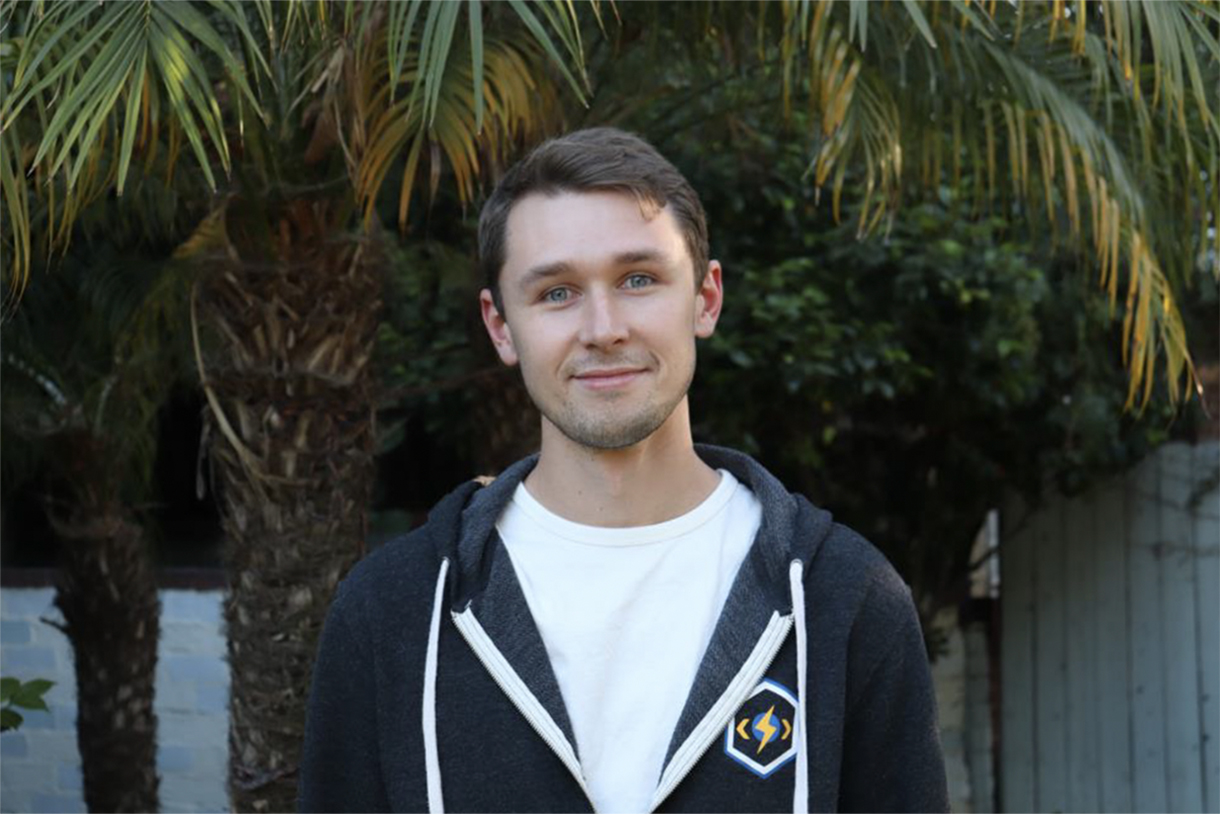 For Patrick Tumulty '20, classes like Audio Theory and Systems, Science of Acoustics, and Intro to Audio Programming, which applied math and science to audio, were not courses that he anticipated enjoying. And yet, he did.

There were a lot of things that Patrick Tumulty BS Music Technology ’20 knew for sure, early on. He knew he loved playing the guitar. He knew he wanted to record songs he was writing. He knew, at one, point, that he wanted to do audio for the film industry. But once he was at Columbia, a school he chose “because Columbia’s audio department is solely its own department,” he was faced with a surprise, as well. As Tumulty says, “After a couple semesters at Columbia, one thing surprised me. I really enjoyed all my science and math classes.”

For Tumulty, classes like Audio Theory and Systems, Science of Acoustics, and Intro to Audio Programming, which applied math and science to audio, were not courses that he anticipated enjoying. And yet, he did. As Tumulty remembers, “One semester, I took the class Intro to Audio Programming with David Worrall. Before this class, I had never written a single line of code…I can’t explain the feeling, but starting to write code was like lightning to me. I found myself thinking about it constantly and wondering what I could do with it.”

The artist’s question—taking a circumstance and asking, “What can I do with this?” allowed Tumulty to explore computer programming from a unique and authentic vantage point. After some exploration, Tumulty decided that he wanted to learn how to make plugins. Even better: he found a way to make his experience at Columbia support this ambition. “I used one of my projects in The Sonic Experience [course] to learn how to do such a thing,” Tumulty says. “I taught myself how to code in a C++ framework called JUCE.” The project proved to be fruitful:

“Learning JUCE at Columbia helped me step further into the world of software engineering, beyond simply coding,” he continues.

Still, knowing that he wanted to make a unique inroad into an established industry building on his experience in Audio Arts and Acoustics didn’t solve all of Tumulty’s problems. “It’s tough to get noticed,” he says. Building on the dedication and curiosity that defined much of his time at Columbia, Tumulty dove head-first into networking and relationship-building. Through these relationships, Tumulty ended up finding a company, through a friend, that was hiring new engineers. Doing well in those interviews gave Tumulty the confidence he needed to continue in pursuit of his passion.

Today, Tumulty describes himself as “very content working at Teledyne Lecroy Oakgate.” The work is challenging, but also facilitates professional development. “I get to work on a desktop application called Enduro,” Tumulty says, “fixing bugs and creating new features every day.” Tumulty knows that the now of this position will not be forever. “Although I am currently content in working in the storage industry, it has also been a dream of mine to work in the space industry. Working for NASA or SpaceX would be a dream come true.” And if there’s one thing that’s true of Tumulty, it’s that he knows how to pivot to chase his dreams.