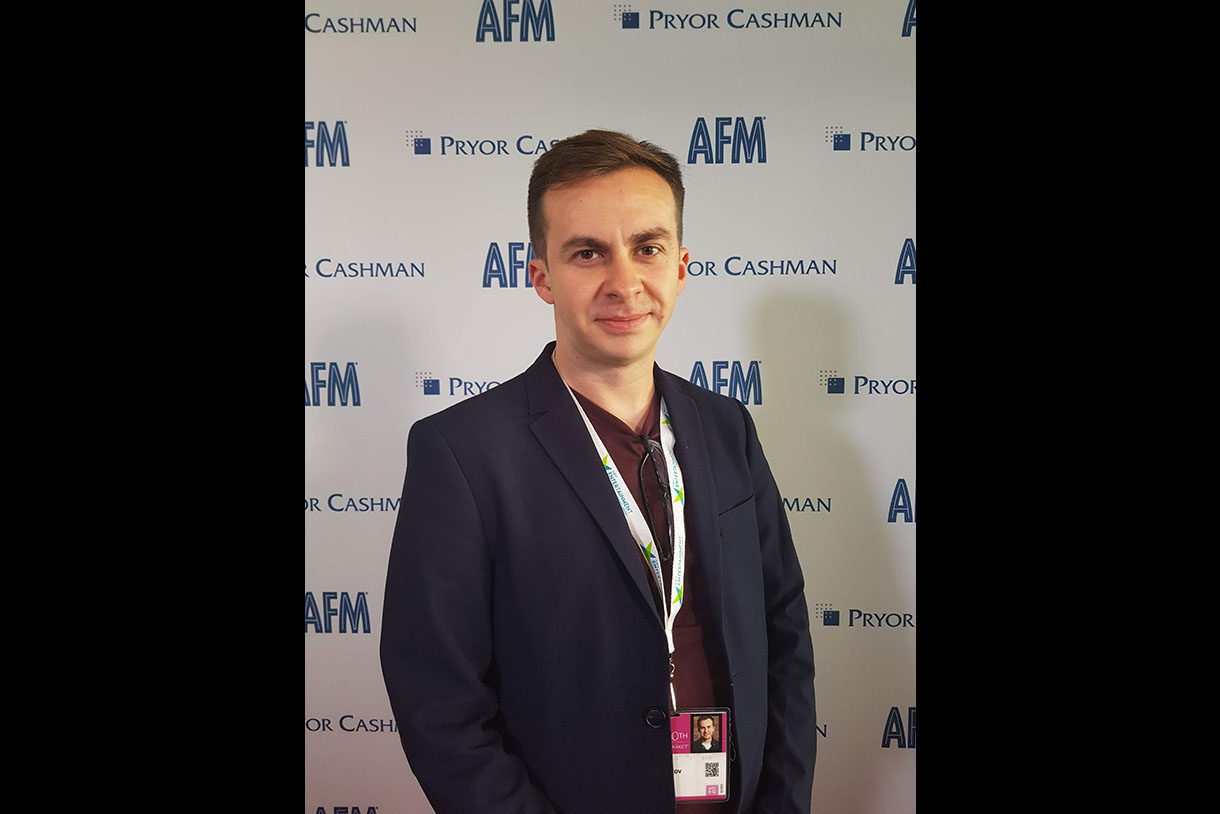 When Borovikov started at Columbia, he was nervous. English wasn’t his first language, and he didn’t know its linguistic quirks. However, his time at the College has helped Borovikov enhance his work.

Growing up, Aleksei Borovikov Cinema Directing MFA ’22 had a significant hurdle to overcome when it came to making friends. After all, his family rarely stopped moving around Siberia long enough for him to feel settled. Sometimes he felt like the characters on television shows were his best friends. Over time, Borovikov’s interest in television grew.  Soon, he asked his father to buy a camera so he could make amateur TV shows, interview his relatives, and shoot his own music videos. By the time Borovikov graduated high school, he knew he wanted to study cinematography. Unfortunately, there were no programs in his area, he couldn’t afford to travel to Moscow, and didn’t have the portfolio needed to stand out among other applicants. He instead decided to pursue journalism.

During his first year of college, Borovikov joined the college newspaper and spent time interviewing local media for stories. Borovikov didn’t give up on his dream of pursuing cinematography. He used these interviews as an excuse to introduce himself to the local television stations and to scope out for whom he’d like to work. By the time Borovikov started his second year, he was hired on as an intern for the largest local television station in his town. Here, Borovikov knew he would have to prove himself. “There were a few times when they asked me not to come anymore, although they kept consistently extending my pass to enter the building. I kept coming, and half a year later they started sending me to events as a reporter, and I started making stories,” said Borovikov. The station ended up offering Borovikov a job and he quickly worked his way up the chain until he felt that he outgrew that company and decided to pursue an opportunity at a national outlet in Moscow. Borovikov started again as an intern in the news department and was hired as an editor a few months into his new job. However, he realized that as an editor he was no longer creating content but was instead approving and editing other’s work.

Looking for his way back to writing, Borovikov took an online screenwriting class and wrote a synopsis for a feature and full script for a short. Following the course, Borovikov wanted to film the short, so he assembled a crew and rented the equipment. Unfortunately, he could only afford to shoot a restaurant scene from that script, but it was enough. The scene helped him get into the Moscow Film School where he completed the two-year directing program. Borovikov’s thesis project, Musician, went to almost 30 festivals. Upon graduation, Borovikov felt he wasn’t ready to take on bigger projects, so he began applying to film schools in the United States and was accepted to Columbia.

When Borovikov started at Columbia, he was nervous. English wasn’t his first language, and he didn’t know its linguistic quirks. However, his time at the College has helped Borovikov enhance his work. “There are no boundaries set here at Columbia, nor anyone is pushing you somewhere you wouldn't go naturally, but you do get support and facilitation if you want to explore something,” said Borovikov.  What Borovikov likes most about the program is the diverse faculty community. He believes everyone can find a perfect advisor or mentor. “At the same time, you don't feel like you're far from the industry and completely unprepared to do a Hollywood career. Columbia has classrooms right on a studio lot next to Paramount and a huge alumni community all over LA, so this route is open too, and many students go there. I personally feel grateful to many teachers and great professionals here in the CTVA Department,” added Borovikov.

Borovikov’s first short at Columbia, One More Please, has been a success. After two years since completion, the film about a speechless encounter of two young men is still on a journey with over 30 festival selections, awards, and nominations, and it has been chosen by a few streaming platforms, meaning even more exposure in the future. One More Please was awarded second place in the Best Class Project category at WCTE-PBS Student Film Festival in Tennessee. The film was also nominated for Best LGBTQIA+ Micro Short at OutlantaCon Short Film Festival in Georgia. 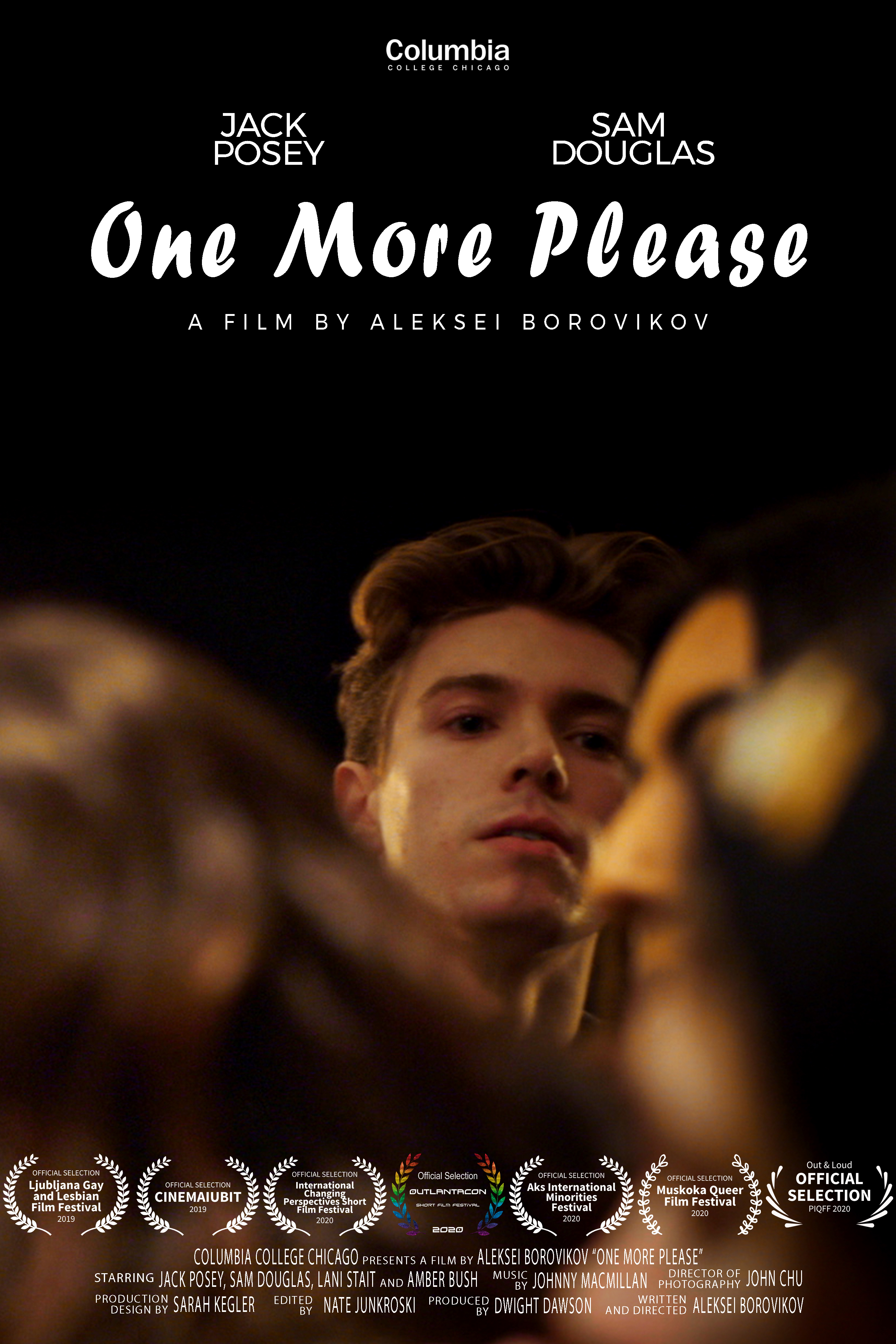 Another short, Home, was Borovikov’s biggest production challenge as he directed over 30 people on set. The story, more emotional than rational, is based on reflections of his grandma's aging process. Home received nominations for Best Editing and Best Director at FITV Film Festival in Florida.

He also spent time outside of courses to create shorts. Borovikov shot Cap and Glances, in the film building's lobby area. While Cap is a pure one-man show, Glances is built on eye contact between characters, who stare at each other across space. Borovikov says he found so much energy in those looks, and how it can progress over time, that he was able to tell the whole story with only using a few phrases and almost no action. Glances was awarded third place in Best Fiction category at WCTE-PBS Student Film Festival, and it was also nominated for Best Queer film at Beyond Time Genre Awards in Toronto. 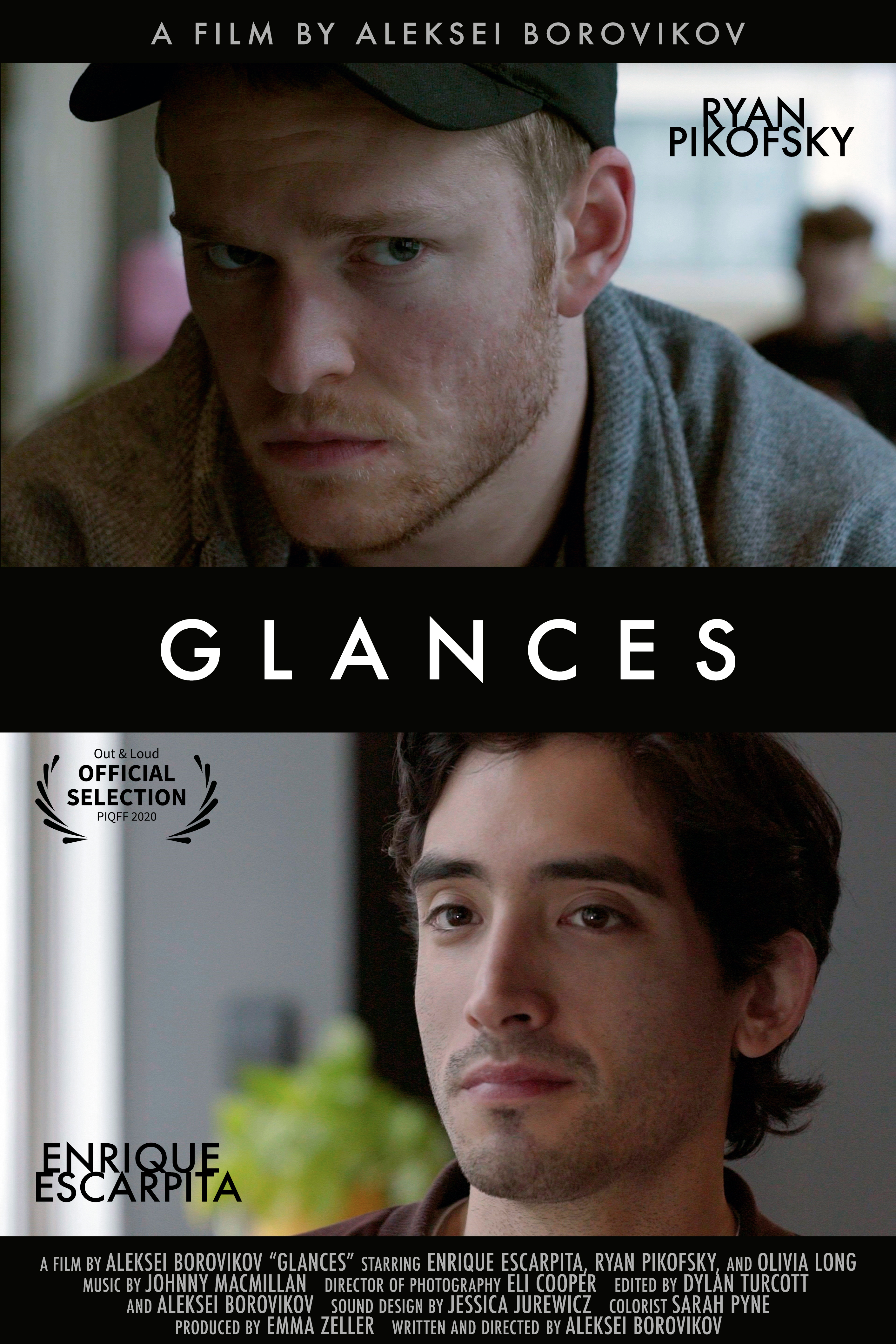 Once COVID-19 altered how Borovikov could shoot films, he created The Letter. This short follows a young man who dreams about the time when the pandemic is over and sends an inspiring message to the world. The Letter was recognized for Outstanding Achievement at Berlin Flash Film Festival.

On top of that, there are dozens of selections all over the globe. The recent recount showed that over the last couple of years the films Borovikov has made at Columbia were screened in 20 countries in Europe, Middle East, Asia, North and South America. “This is great considering that all these shorts are either class projects or something made with no money and a small or no crew, and are still getting audiences around the world, which is the main purpose films are made in the first place,” said Borovikov.

Borovikov is working on his Columbia thesis project, Brother, which is based on stories of people leaving their families, or hometowns in order to be themselves. The story follows Tony, a young immigrant who invites his conservative older sister to his wedding ceremony to Carlos in hopes that she would understand and support his choice. The story is an emotional journey of a person who gives up on their roots to build a connection that would make them stronger. Updates on Brother can be found here.

“I realized I love exploring inner life, fears, hopes we all have, inner conflicts that get expressed externally in how we act and interact with others. The whole abyss of this opened to me. So, when this inner beauty, inner life connects with great acting, it gets fascinating. This is what I love in cinema - the discovery of what a human being is,” said Aleksei Borovikov about how he finds inspiration for his work.

On advice for other students, Borovikov recommends they overcome their modesty and submit their films to as many festivals as they can to help raise awareness around their work. “You do have to not only make a good thing, but also make an effort to put it out in the world, so people can see your work and get to know you,” said Borovikov. Getting a film selected and screened in a good festival can lead to more selections and more exposure, and sometimes even distribution deals.