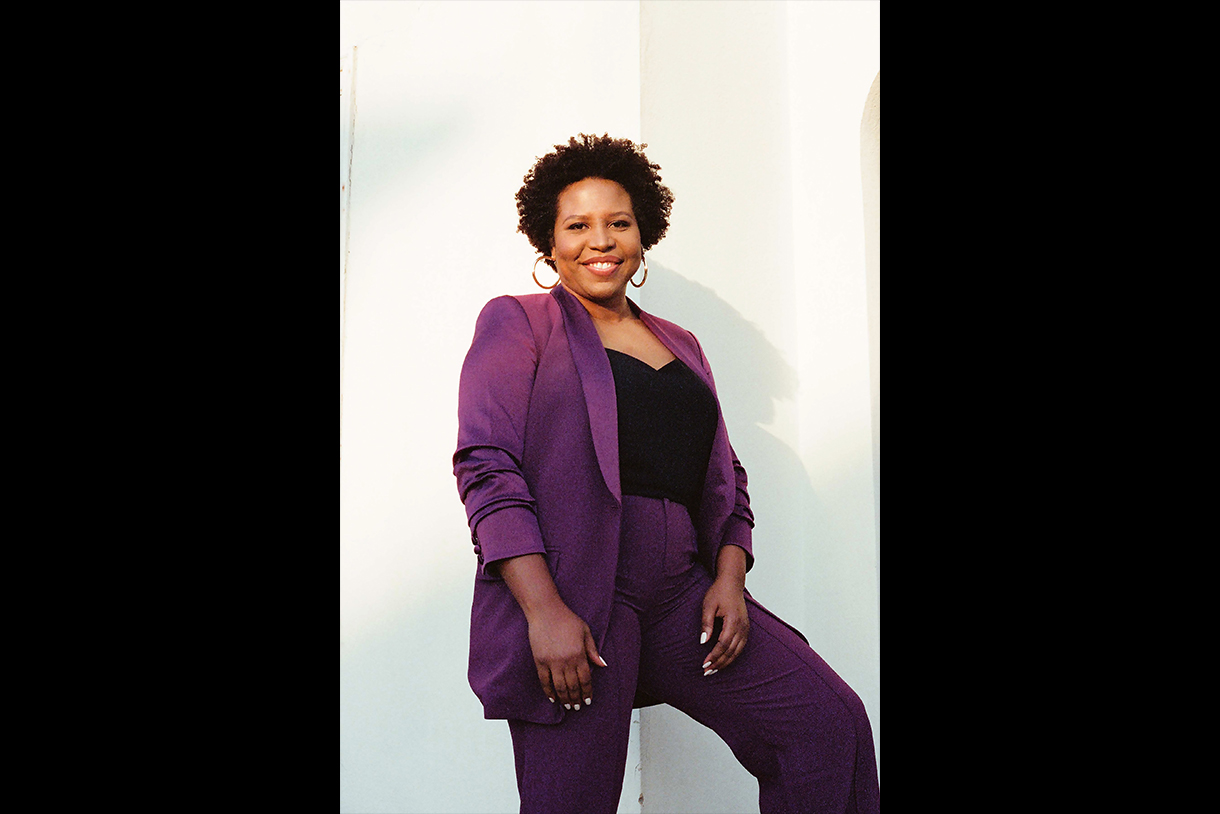 For CTVA alum Angel Kristi Williams, a pivotal moment in her life came during college, at UMBC in Maryland. At the time, though Williams loved working in film, and was studying it, she was pretty sure about her decision to go to grad school for photography. Williams loved everything about photography: shooting on 35mm film, developing and printing the work herself, and watching images appear that evoked worlds and relationships that felt real and told a story.

Williams was a talented photographer. Her graduate school portfolio, which she shared with her UMBC professor, suggested expansive narratives. Her professor took a look at Williams’ portfolio, considered it, and said, “I think that you want to be a filmmaker, because you have these photographs [where] you keep trying to tell stories with single images and I think that what it is you really want to do is to tell stories with moving images.” Now, remembering the exchange, Williams recalls thinking that he was absolutely right.

Williams knew that if she were to pursue film in graduate school, she would want to be in an environment that prioritized community-building. She also knew that she wanted to be somewhere that would allow her to continue to work while pursuing her degree, and one that would push her to create her best work, even when it was uncomfortable. Columbia proved to embody all of these values. For Williams, the combination of working with dedicated crews and actors, being able to support herself and find work on campus while pursuing her degree and being able to develop strong relationships with professors that encouraged her growth proved valuable.

Still, creative growth wasn’t always easy. For example, when Williams submitted two treatments for potential thesis films to CTVA faculty member Wenhwa Ts’ao, hoping that the one that made Williams a little less uncomfortable would be chosen, Ts’ao saw right through her. When referencing the treatment for the less-provocative piece, Williams recalls, “She said, ‘It's the other film that you want to make, because it makes you very uncomfortable.’ That really pushed me outside of my comfort zone. But I'm really grateful that she did that. It’s been my compass ever since.”

Williams took her emboldened creative spirit with her after she graduated in 2015 and started making connections back in Baltimore, her hometown. Through one of her connections, Williams was introduced to Felicia Pride, who had recently written her first script, a love story. Williams offered to read it and was hooked. “I read it in one sitting,” she remembers. The script, which became Really Love, ended up being Williams’ feature directorial debut.

Of course, there were challenges to overcome: the shoot was condensed into one of the hottest 18-days on record in Baltimore and DC and the crew had to move very fast. But Williams is a creative force with a vision, and her commitment to the film and her team paid off. The film won the Special Jury Recognition for Acting at SXSW and was presented as a Special Presentation at AFI Fest to critical acclaim.

While Williams is dedicated to her work, she is also a dedicated mentor to other creatives, and teaches screenwriting at the Maryland Institute College of Art as well as master classes at Johns Hopkins University. “It’s really wonderful,” Williams says. “I get as much from them as they hopefully do from me.” And for future students, Williams has one key piece of advice: don’t wait for anyone’s permission to start your career. Start making things now. “The difference between the person who's going to find their footing [in this competitive industry] and make this a career is the person who's going to put in those 10,000 hours. So put in the 10,000 hours.”