“Artists and Models” Exhibition: Students Across Campus Tell the Story of the South Side Community Art Center 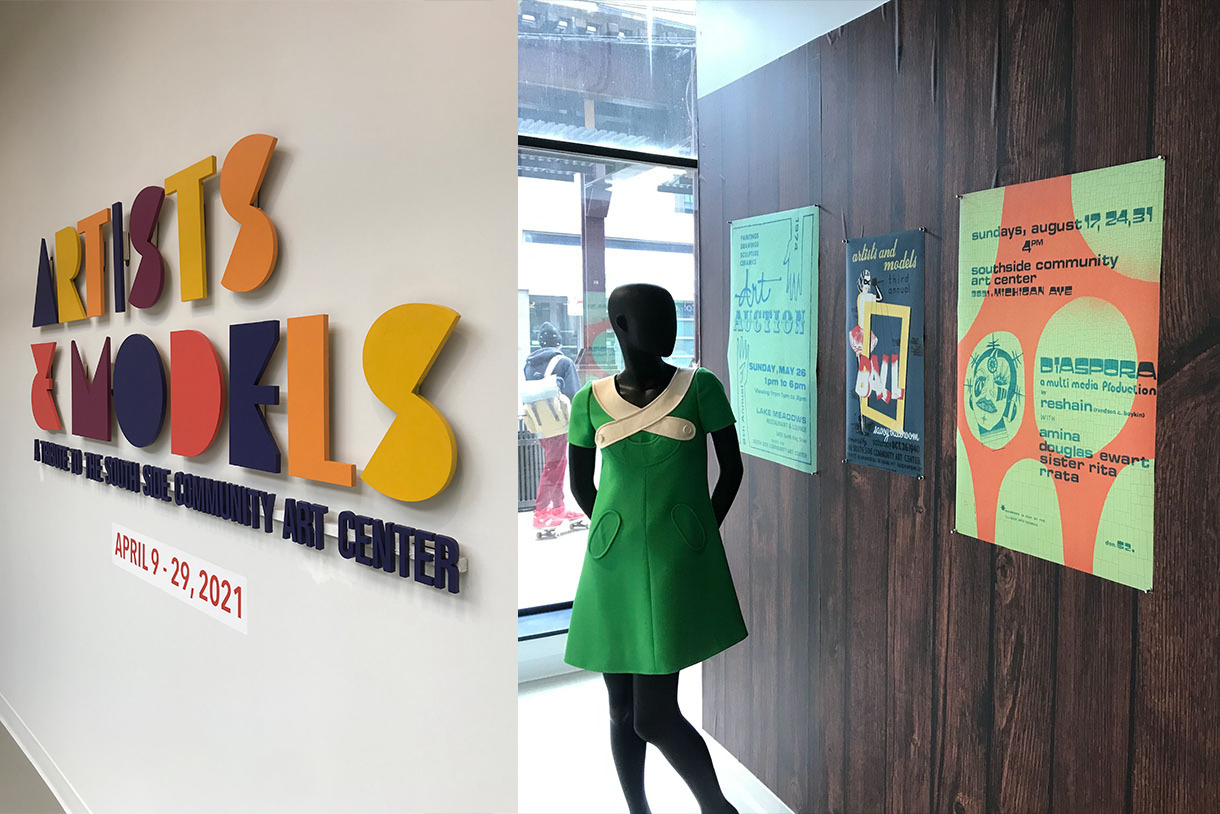 Students from across Columbia College Chicago brought the South Side Community Art Center’s (SSCAC) administrative archives to life through a recent exhibition titled, “Artists and Models: A Tribute to the South Side Community Art Center.” The exhibit was previously on display at C33 Gallery (33 Ida B. Wells Dr. first floor) and will travel to the SSCAC to be featured in their exhibition space over the summer.

Founded in 1940, the SSCAC in Bronzeville is the oldest African American art center in the United States. The SSCAC showcases established artists and nurtures emerging creators. “The South Side Community Art Center has been really influential in promoting Black art and creativity and Black artists throughout its eighty-year history,” said Humanities, History, and Social Sciences Assistant Professor Melanie Chambliss.

In December, Chambliss learned that the SSCAC would be temporarily placing its administrative records at Columbia College Chicago and was asked if she would like to develop an exhibition around those holdings. This interested Chambliss as part of her research on the significance of Black archives. Chambliss wove the exhibition into her course Black Artistry and the Archive, a course that discusses the connection between history, creativity, and archives. Chambliss’ class decided to name the exhibit Artists and Models, which was the name of an annual SSCAC fundraising event.

Chambliss’ class needed to determine what kinds of mediums they could use to tell the SSCAC’s story. The class split into two groups so that they could dive into the material that they found interesting as well as the material that the SSCAC asked the class to elevate. The first team explored the records between the 1930s to 1950s, which represented the period of the Black Chicago Renaissance, while the second half of the class explored archival materials related to the Black Arts Movement of the 1960s and ‘70s. The exhibition was curated by Charlotte Briskin, Anastasia Murphy, Justin Ridgel, James Ross, Matthew Walcott, and Teanna White, all of whom were enrolled in Chambliss’ Fall 2020 course.

Jocelyn Brown Fashion Merchandising ’21, was a student intern for the Fashion Study Collection, and she curated the three looks for the exhibition’s recreated gallery scenes in C33’s windows. Brown is hoping that those who visit the exhibit will learn more about the history of Chicago’s South Side. “The SSCAC is one of those South Side community gems that has important history that has gone unknown. I also want people to understand how important the center was to Black creatives and why Black creativity was so important in these time periods as well as today,” said Brown.

This semester, Chambliss worked with Associate Professor Sarah Faust’s Graphic Design Practicum class to bring the archives to life for the exhibition. A team of five students including Elsa Mae Brydalski, Hannah Davila, Bri Elliott, Raegan Townsend, and Joseph Trezek took the original, curatorial vision that Chambliss’ students created and made it a reality. Faust’s students formatted and designed the panels in the exhibition, designed the postcard, and helped with the installation.

Associate Professor Amy Mooney’s Written Thesis class was also involved in “Artists and Models.” Mooney’s class selected the two art pieces for the exhibition. Prints from Margaret Burroughs and Barbara Jones-Hogu were included, so visitors could see examples from the SSCAC’s art collection in addition to its administrative records. Mooney’s class also wrote the two artist profiles that also were on display.