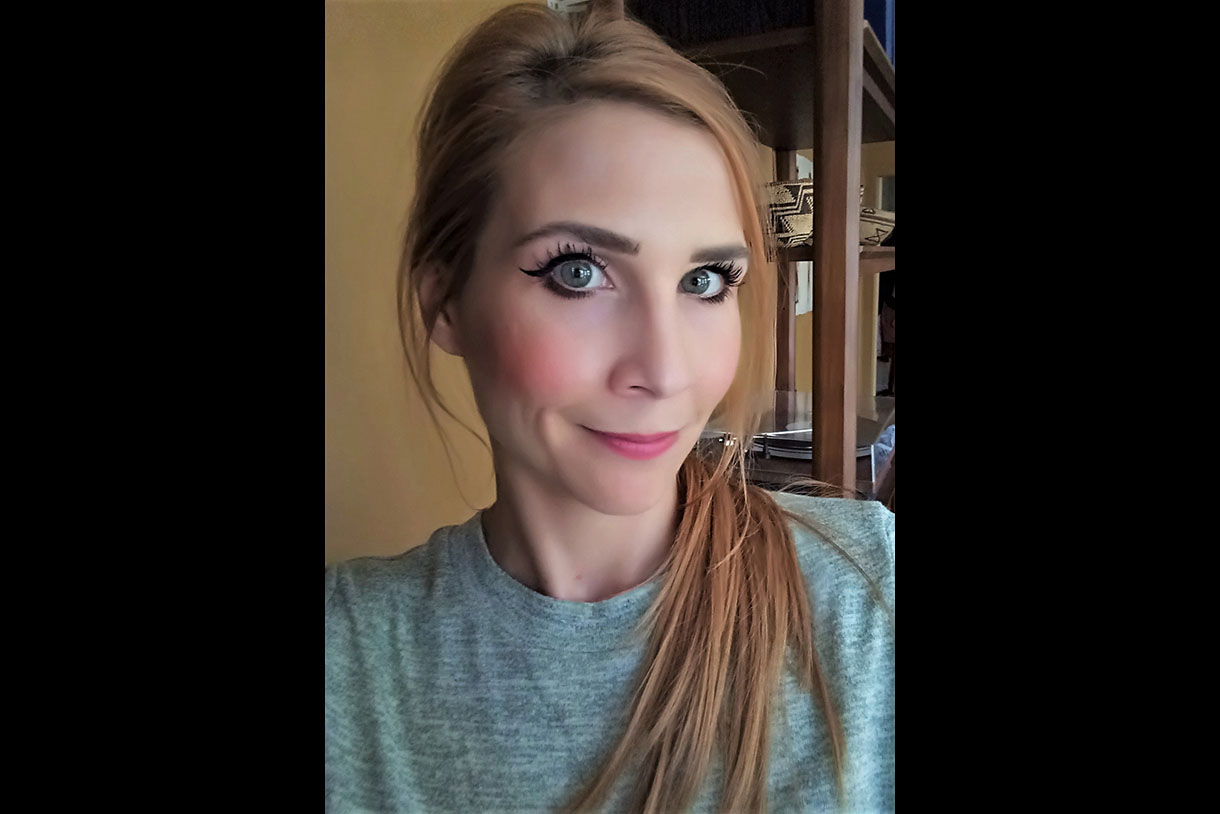 As coordinator of Columbia's Environmental Studies minor, and in part, Rafacz has also been instrumental on launching the new BA in Environmental and Sustainability Studies.

For as long as Associate Professor Michelle Rafacz can remember, she has always been fascinated with all animals and nature. Rafacz's parents exposed her to birding, hiking, zoos, and the importance of conservation and sustainability from a very young age. Her parents encouraged her to problem-solve, explore and find answers. As a child, Rafacz was so curious about animal behavior and how the natural world worked that she would watch animals for hours on end in her backyard and even conduct her own behavioral experiments with pets and wildlife. Her interest in science also started at a very early age.

It was a trip to the Galápagos Islands after Rafacz graduated from high school that solidified her decision to pursue science as a career. Rafacz had the opportunity to help with conservation of tortoises in the Galápagos Islands, assisting scientists with their captive breeding and reintroduction programs. At this point, she knew I wanted to become a conservation biologist.

Rafacz attended Knox College and completed a bachelor's degree in biology with a minor in environmental science. While in college, she spent a year in Costa Rica studying social learning in European starlings, conservation biology and completed a research project focused on mantled howler monkey behavior and ecology. Rafacz also assisted with a primate reintroduction program helping to stop the pet trade of primates in Costa Rica. After a sting from the tarantula hawk wasp, several parasitic infections, an army ant attack, and a nasty bite from a capuchin monkey helped Rafacz make that decision to help the conservation of endangered species at zoos.

Rafacz went to Loyola University and completed a M.S. in biology. She became interested in animal welfare and environmental enrichment, which is changing a captive (laboratory, zoo-housed, agricultural, etc.) animal's environment in a way that improves the animal's quality of life. Her research examined the effect of environmental enrichment on lab rats, and she showed that giving lab rats more space, toys, and social partners increased their ability to solve problems and increased their spatial memory. She decided that she could apply this to endangered species and began to think about a research career as a zoo scientist. Rafacz applied for and was granted an NSF Graduate Research Fellowship that helped her transition into a PhD program in the Committee on Evolutionary Biology at the University of Chicago. This is where she met her mentor, Sue Margulis, who was also Curator of Primates at Lincoln Park Zoo in Chicago.

Rafacz spent the next 5-6 years studying the behavior and hormones of gibbons and siamangs, a group of highly endangered primates, in zoos across the country. After graduating with her PhD, Rafacz secured a post-doctoral position in the endocrinology lab at Lincoln Park Zoo. Rafacz's research resulted in the birth of a black rhino ("King") at the zoo, a better understanding of the role of different odor cues in stress and behavior of African painted dogs, and the role of behavior and hormones in breeding success of the black-footed ferret.

Rafacz had established a successful research career as a conservation biologist at one the best research zoos in the country, but something was missing. She realized she was happiest when she taught. Once she started teaching in grad school, volunteering at the zoo and mentoring college students, Rafacz felt amazing. She found it energizing to be able to share her knowledge with others and seeing something click in students or having them become excited or surprised was so inspiring. She knew at that point that she wanted to teach, she wanted to get others excited about science! Rafacz saw and applied for a position as an assistant professor of biology at Columbia College and knew she had to apply. “I'm so happy I did, because I've been in the Science and Mathematics department for a decade now and I love it. I still get to pursue research at the zoo, but now I have students who can come and learn along with me,” said Rafacz.

Rafacz thinks many students come to college with a fear of science and/or math. Many of her students have said that they love science, but they've had a negative experience either with one teacher or one class, and this has kept them from pursuing a degree in the field. So, she would advise students to not let your fear or anxiety overcome your interest in or curiosity about science, especially here at Columbia College. “Our faculty are really great at communicating science and math in a creative way, and if you're drawn to Columbia College because you are creative, you're already well-suited to pursue a degree in science,” said Rafacz. I've always argued that creative people make the best scientists because they look at problems in new and innovative ways. Both artists and scientists are inquisitive and creative.”

Rafacz has also been instrumental on launching the new BA in Environmental and Sustainability Studies. Rafacz coordinates the minor in Environmental Studies, and in part, the idea for the degree came out of a desire to help students who had decided that they rather major in the field. The new Sustainability Studies program draws upon the college's strengths and quality of students, while providing them with a solid background in environmental studies. Students get to combine their coursework with a minor in a more traditionally creative area of study to make an impactful statement about sustainability and call people to action to help remedy environmental issues. Rafacz first started teaching at Columbia College 10 years ago, and from the beginning she wanted to find a formal way for students and faculty to combine science and the arts through collaboration in coursework, projects, and programs. The new BA program has an interdisciplinary collaboration built-in to its structure. In most schools, disciplines are kept separate from one another, but that's not how the world works. Rafacz has always felt the need to give students this real-world experience and show them how much more beneficial it is when disciplines work together.

This program is so incredibly relevant now and will continue to be of critical importance because of the current global environment. The idea of understanding and communicating environmental and sustainability issues is very timely with the major environmental challenges we are facing, like global climate change. Additionally, we have finally reached a climate of environmental advocacy and activism related to social justice and social change, making it the perfect time to highlight environmental injustice both locally and more globally. In this program, students will finish out their degree in a capstone course, where they will work collaboratively to research a current environmental or sustainability issue that disproportionately affects an underrepresented group, communicate this problem to local communities in the most effective and engaging way, and work with environmental organizations and community activists to help inspire the communities to be advocates for themselves and the environment. “I'm so honored and excited to be the coordinator of the new BA, and I cannot wait to work with students in the major,” said Rafacz. “As coordinator of the new program, my role will be to help guide students through the coursework, help find internship and other opportunities, connect them with community organizations, and advise them on graduate school programs and career paths post-graduation from Columbia.”

Two of Rafacz's recently completed projects focused on the behavior of the endangered black-footed ferret. The first project investigated the role of diet differences in reproductive and stress hormones in male ferrets ("Influence of vitamin E and carcass feeding supplementation on fecal glucocorticoid and androgen metabolites in male black-footed ferrets (Mustela nigripes"), and the second one investigated the role of hormones, scent, and reproductive behavior in female and male mate choice, which has been submitted for publication. Rafacz also recently completed a project with a Science and Mathematics Department colleague, Dr. Beth Davis-Berg, that investigated the effectiveness of project-based learning (PBL) and course-based undergraduate research experiences (CURES) in Animal Behavior courses at Columbia College. This project was especially important, since such projects seemed to be most engaging in remote courses during the pandemic ("Incorporating Research into an Undergraduate Animal Behavior Course using Zoos and Webcams").

The most important advice Rafacz would give to students is to always keep your mind open to new experiences and opportunities to go outside of your comfort zone. You never know when you're going to find a chance to collaborate or innovate. From elementary school all the way through higher education, the various disciplines are mostly kept separate from each other—you learn one thing in one subject and something separate in another. This doesn't necessarily reflect how the real world works—outside of college, everything functions in a much more interdisciplinary way. So, if you're majoring in a more artistic field and dreading having to take a science class to fill a requirement, she encourages all students to look at that science class as an opportunity to learn something, make larger connections, both within and outside of your work. Keep on the lookout for those connections and opportunities for collaboration. Art and science work beautifully together, and in this way, not only might you find new ways to innovate but you'll also be better prepared for a career in a world that is much more interconnected.