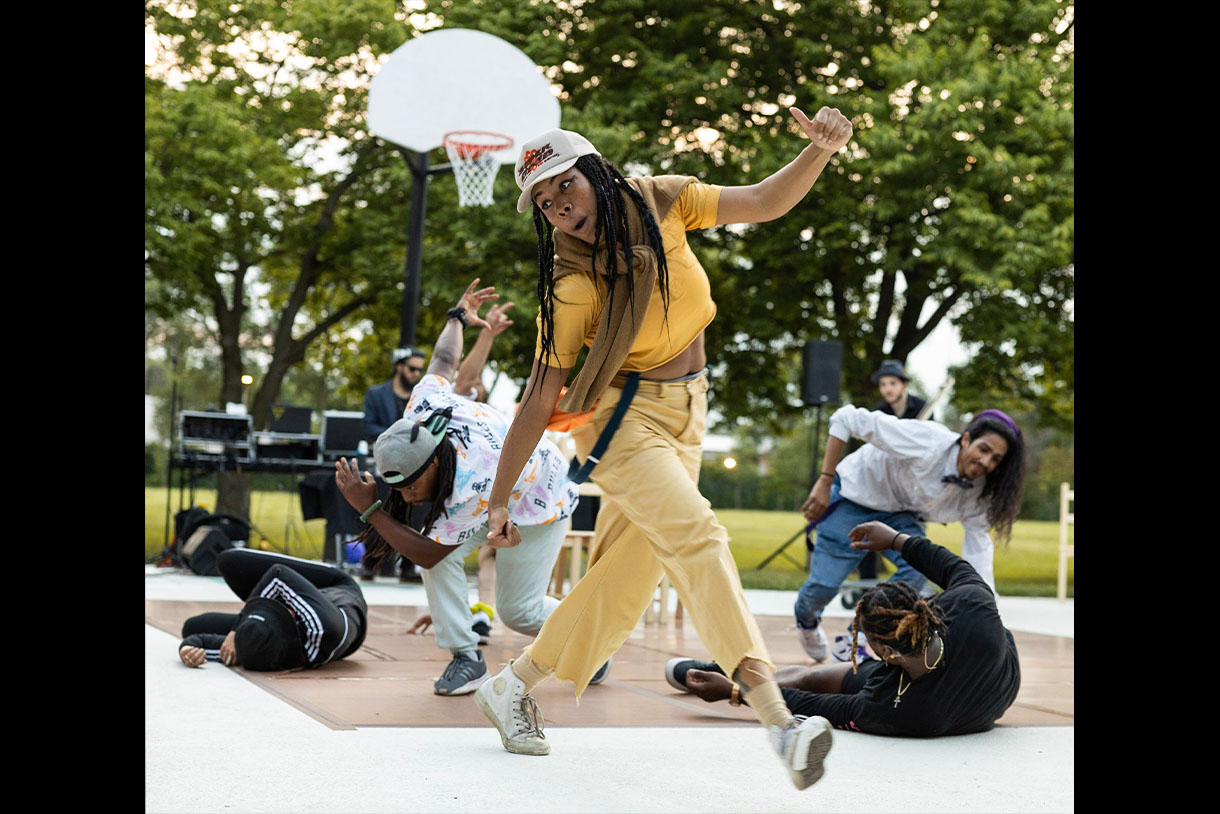 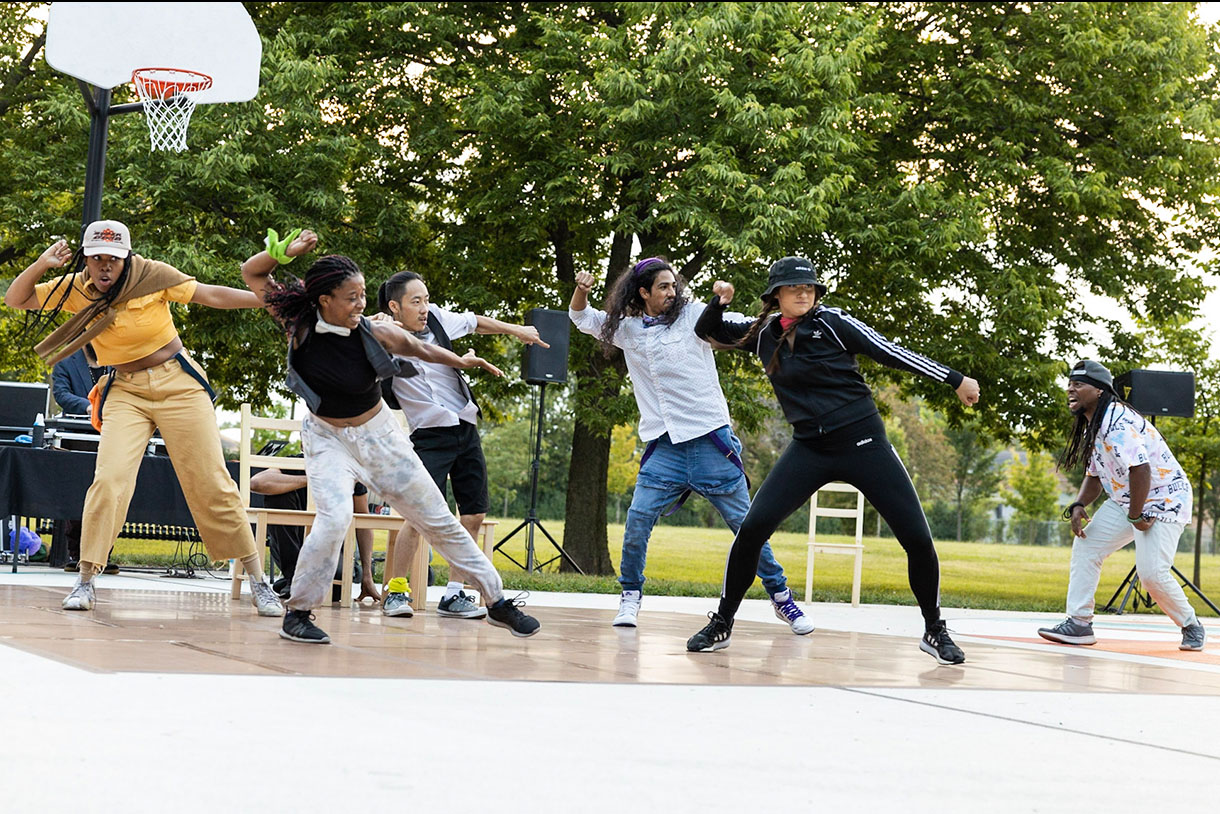 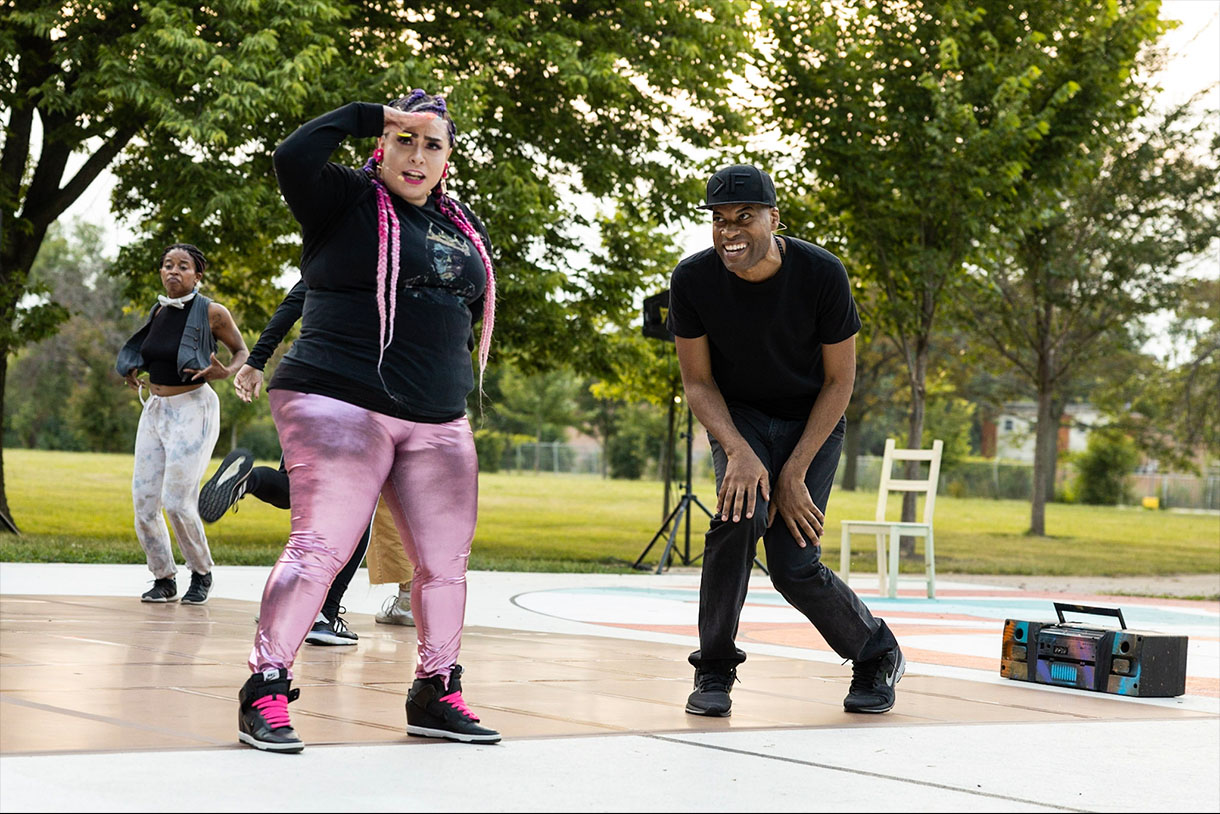 After 15 years of synergetic collaboration, Chicago street dance artists, Kelsa “K-Soul” Robinson, Assistant Professor of Instruction in Dance at Columbia College Chicago, and Daniel “BRAVEMONK” Haywood, Dance faculty at Columbia, launched BraveSoul Movement in 2016. BraveSoul, a movement of the heart, mind, and spirit rooted in the cultures of hip-hop and house, has the mission to develop the divine, active light, love, joy and imagination, and challenge and provoke through dialogue, kinetic energy, musicality, and the creative process.

One of BraveSoul’s recent and ongoing endeavors is The Rosina Project, an original adaptation of Rossini’s classic opera “The Barber of Seville” that mixes street dance, opera, emceeing, DJing, and beatboxing to tell the contemporary story of female empowerment, created in partnership with Chicago Fringe Opera.

“The Rosina Project is a hip-hopera—a blending of hip-hop and opera,” says Kelsa. “It is the brainchild of George Cederquist, Artistic Director of Chicago Fringe Opera. He became interested in creating a contemporary version of the classic Italian opera, ‘The Barber of Seville’ about ten years ago. He noticed similarities between the music of this classic opera and contemporary dance music, particularly the tempo and the driving cadence. His goal was to develop an immersive contemporary version that involved dancing and audience participation.”

After coming across Kelsa and BRAVEMONK’s work as part of BraveSoul Movement at an ensemble performance in 2016 and experiencing the work of K.F. Jacque, a hip-hop emcee and producer/classically trained opera singer, Cedrquist decided these were the collaborators he needed to bring his vision to life. “We met with him once and were immediately drawn in by the goals of audience immersion and making opera more accessible to diverse contemporary audiences,” says Kelsa.

Cedrquist attended Columbia’s biannual hip-hop and street dance festival, The B-Series, and was blown away. “I think between that and K.F. Jacques, the idea behind The Rosina Dance Project morphed into something more hip-hop centered,” says Kelsa. “George has been really invested in the idea of authenticity from the beginning, which is another thing that drew Brave and I into the project. He really cared that the artists involved in the project were deeply rooted in the languages and culture of hip-hop. This is also important to Brave and I, and George has really stayed true to his word around supporting this idea.”

At first, Kelsa and BRAVEMONK were both co-choreographing and performing as dancers. Their roles have since shifted. “My role has become more centered on choreographic direction as well as artistic direction/administration,” says Kelsa. “Brave is more focused on playing the character Basillo, which includes rapping, singing, acting, and dancing. He has contributed to music production and writing. And we both contribute ideas to the overall creative project. Brave has really been instrumental in keeping an eye on the authenticity piece.”

The show was first performed as The Rossini Project (the original Italian Opera was written by Gioachino Rossini). The name was changed to The Rosina Project after the artist Pinqy Ring played the female lead Rosina. “She brought the house down! And this inspired a shift to re-write the adaptation to be centered around Rosina,” says Kelsa.

The project began with a Pivot Arts Incubator grant in 2017 and was made a full production in 2018. It was performed at New Port Theatre and Night Out in the Parks in 2019. “This summer, we were blessed with a Production Residency through Chicago Dancemakers Forum in partnership with the Dance Center at Columbia College Chicago. We were also invited back to present at Night Out in the Parks,” says Kelsa.

“I believe this project has a lot more life in it,” she says. “We have some new presenters interested in the work. Nothing is set in stone at the moment, but there are some possibilities in the making to take The Rosina Project on the road and out of state!”