Drawing Her Way to Disney: Alum Jennifer Nelson ’08 on Animation and Producing 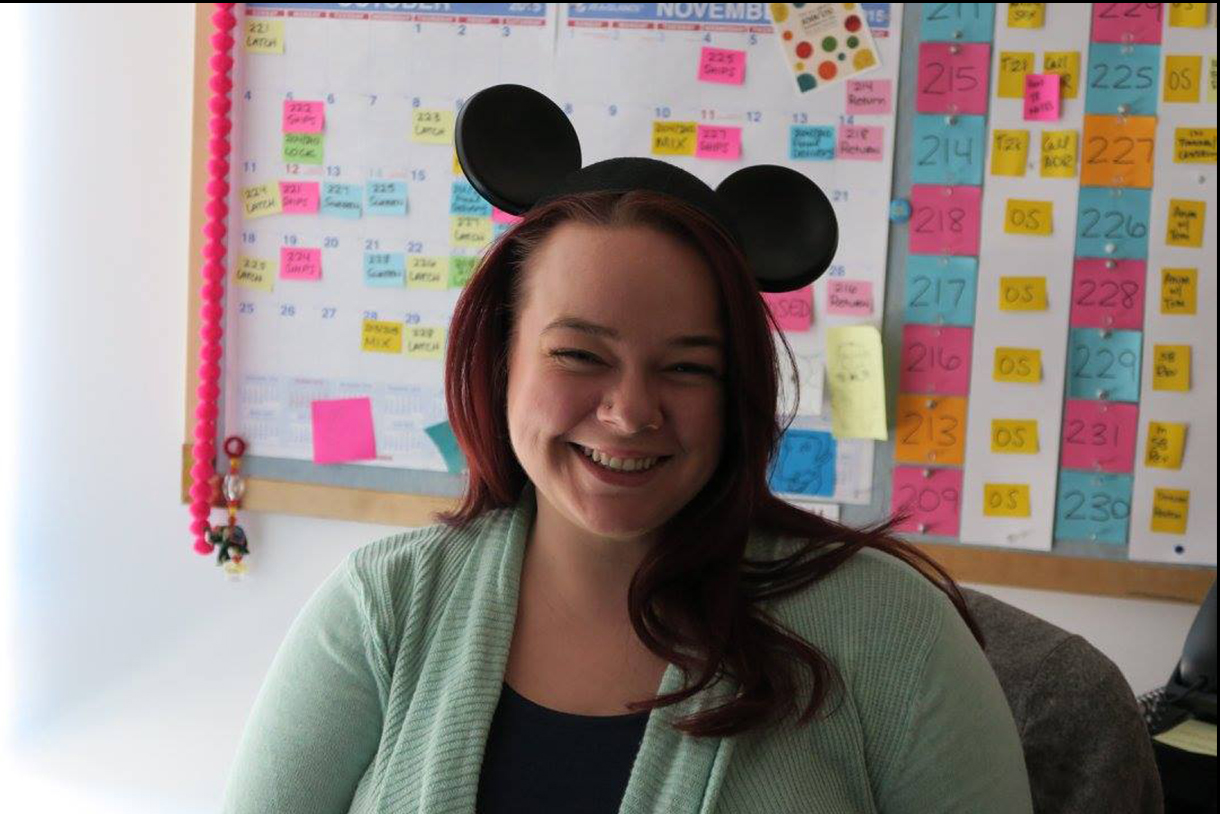 Throughout her time at Columbia, Jennifer Nelson '08 kept her eye on her goal, which was eventually working in television. She continued to stretch professionally, representing the institution at Cannes Film Festival in 2008 and landing an internship at Nickelodeon.

Growing up, Animator, Producer, and Writer Jennifer Nelson ‘08 loved art class. Maybe it was in her blood; her mother was a volunteer art teacher for her school in Rolling Meadows, Illinois, and didn’t hold back. No simple coloring books there--under Nelson’s mother’s careful tutelage third graders were learning art history and actually making things in their art classes. From that point forward, Nelson knew, “I wanted my career to be fun and creative…that’s really what I looked for in life: ‘How much fun can I have?’”

And for Nelson, everything about art made her come alive. She knew that she wanted to continue to work as an artist in college. She also wanted to make choices that would allow her to stay close to her family and which wouldn’t cause financial hardship. She decided to go to community college before transferring to a four-year institution. At Harper College in Palatine, she says, “I focused on fine art, mostly drawing and painting and sculpture. I actually worked in the sculpture studio as a teacher’s assistant and really honed my fine art skills before I started applying them to the digital area.”

There was one aspect of that digital area that Nelson found especially appealing: cartoons. “I thought it was just so interesting how they were made, it was like magic to me.” Looking at the evolution of technology, Nelson knew that she would have to become comfortable with computers if she wanted to work in animation. She also knew that she would have to pick a four-year institution that had good visual media programs. After looking at Columbia, Nelson knew she had found a place where she could learn from a robust animation curriculum and find a career path going into television afterwards. Once she enrolled, she never looked back.

“From the very start, I wanted to be involved in anything I could get my hands on, really,” Nelson says, crediting Associate Professor Ron Fleischer with supporting her ambition. “He was my biggest mentor in school,” Nelson says. “He really saw from the very beginning that I had a drive, and he always told me, ‘It’s not about your talent or how good or bad of an artist you are, you can always improve on that, but your drive is really special in that it’s not something that everybody has.’ And he really inspired me.”

Throughout her time at Columbia, Nelson kept her eye on her goal, which was eventually working in television. She continued to stretch professionally, even representing the institution at Cannes Film Festival in 2008. During the selection process for attending the festival, Nelson found herself amongst students who were studying live-action film, rather than animation. She remembers thinking, “Oh my gosh, are they going to get this? Are they going to understand what my animation is?” They did. Alongside one other animation student, and the rest live-action students, they showcased the animated short film Nelson produced with her senior class at the Columbia booth at Cannes. “We represented the school and networked a lot and made a lot of great friends and just had a blast.”

It was at the festival that Nelson got the phone call telling her that an internship she had applied for with Nickelodeon had come through—and started three days after she would get back from France. Nelson recalls feeling a moment of surprise at hearing the news that she had landed the coveted internship: “It was just like, ‘Oh, you know, I guess my career is starting right now!’”

Her internship at Nickelodeon turned into a job as a color stylist for a Nick Jr. program, and after that, a producer she knew from Nickelodeon hired her on another project as a production assistant. “I stayed at Nickelodeon for three years or so,” Nelson says, “And then my art director at Nickelodeon had a contact at Disney, and that’s how I got connected with Disney and they hired me as a production coordinator over there.” Through excellent work, strong relationship-building, and her indomitable drive, Nelson continued to rise through the ranks. Today, she is a Line Producer working on a number of short and long-form projects for Disney.

Of course, her work as an artist doesn’t stop there. She is also committed to writing and pursuing other projects as well. When she started having some health issues in 2014, she started a blog, The Ovarian Chronicle, so that she could document her struggle with Polycystic Ovarian Syndrome (PCOS), and start a conversation that would spur understanding, connection, and healing. The project was so successful that it sparked a larger interest in working on projects related to women’s health.

Meanwhile, Nelson’s career has continued to take off. From television shows to features, she is in high demand as a animation production specialist in LA. And for other students who might have an interest in a similar career path, Nelson has a bit of advice she would like to pass down from her previous boss and mentor at Disney, Bradley Bowlen. “He has been my mentor for years and the one thing that he told me and that has always stuck is that ‘there are no animation emergencies.’ So when you are up against a deadline, feel like there is too much to do, or you make a mistake, it’s not the end of the world. There’s always a solution to any animation problem.”