For the Love of the Music: Instructor Stuart Greenspan on Living a Full Life 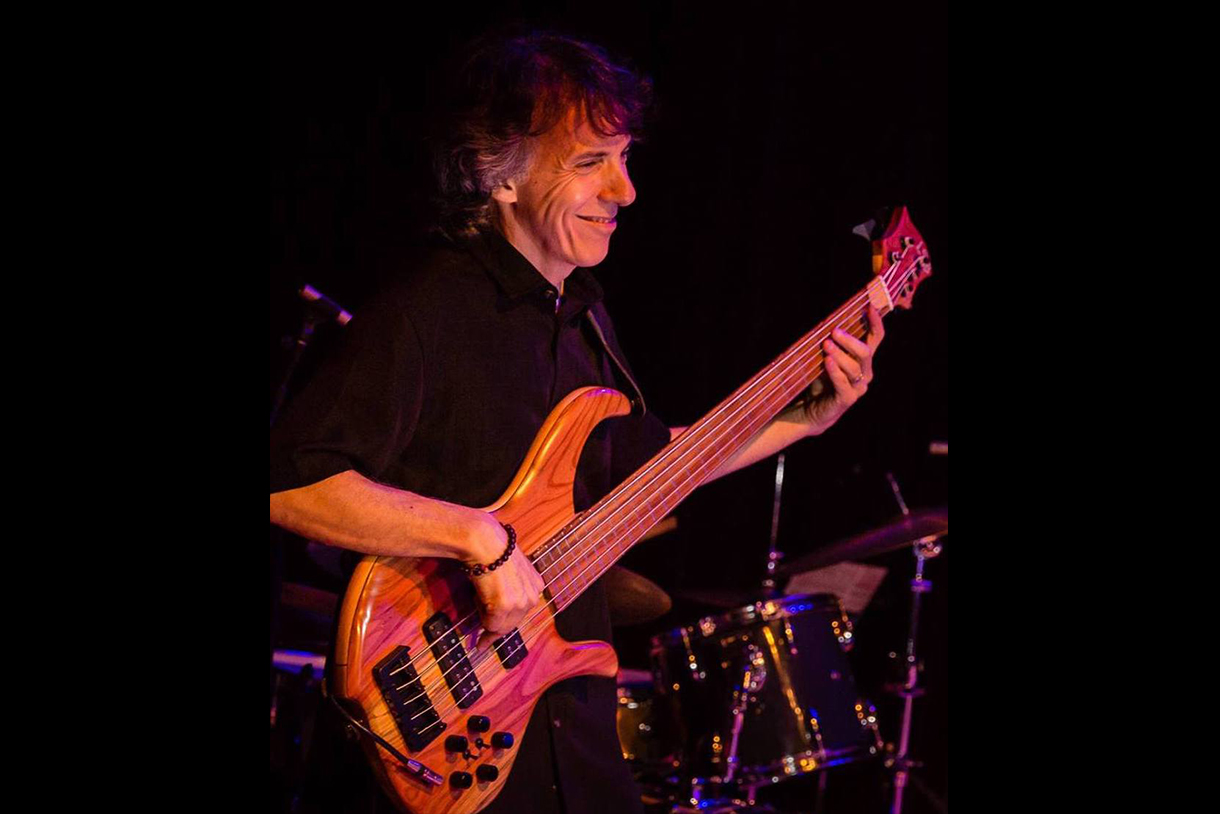 For Music Instructor, guitarist, and bassist Stuart Greenspan, music has always been an important part of his life. Growing up, his family was devoted to music. Still, he had the concerns of many artists: could he make a living? Could there be a path forward where his career and his passion could meet? He figured probably not. It was smart, he thought, to have something to fall back on. After all: he was intelligent and capable. He had even been accepted at Northwestern in a field that was decidedly not related to music. He decided to accept their offer and attend.

“When I first went to college, I sort of attempted to not major in music,” Greenspan says. Of course, as the adage goes, the heart wants what it wants. His first non-academic-related move on the campus of Northwestern? To start a rock band. It was called The Peer Group, and they nearly immediately started booking shows. For Greenspan, this was what it was all about. He was making music, working with his friends, and meeting people in the world of music performance. Soon, music became all-consuming. Greenspan stopped attending Northwestern.

After a couple of years on the Chicago rock circuit, it became clear that he wasn’t going to return to Northwestern. The path forward was in music. Greenspan dedicated a couple of years to playing gigs around the city and then re-enrolled in the American Conservatory of Music, then located in downtown Chicago. It was an experience he calls “critical” to his success as a performer, educator, and well-rounded human. He learned things, to be sure, but “the networking really was what put me into a career in music,” he notes.

The making-a-living part wasn’t always easy. Looking to his elders, Greenspan heard that there was money to be made in corporate gigs and weddings—much of the recording studio work had dried up decades before. Greenspan took to it with gusto, successfully making a living, fostering important connections, and building his skill set. He also continued to work with colleagues from his time at the American Conservatory of Music, including Music Department Instructor Joe Cerqua.

It was through his connection with Cerqua that Greenspan began working with the Cerqua Rivera Dance Theatre, first as a musician and later as a musician and Musical Director. “I was in it, on the ground,” Greenspan says. “It’s been over twenty years…a lot of the work is behind the scenes to make sure that the rehearsals are properly organized, and all the music is properly charted out and ready to go, the books are ready to go, so that when we get to the rehearsal everything moves efficiently.” As a group, the Cerqua Rivera Dance Theatre is doing exciting things—even during COVID-19, they have offered live streaming shows with choreography taught to their participating artists over Zoom and taping the show at Studio5 in Evanston.

Greenspan’s expertise as a performer as well as his mentorship, leadership, and organizational skills did not go unnoticed by his peers. Cerqua, familiar with Greenspan’s style, ended up recommending Greenspan to teach a class back in 1996 on the introduction to the recording studio. Greenspan was so beloved by his students that the next time the institution needed an instructor for a Music course Greenspan was top of mind. Today, as he says, “I’m pretty entrenched.” Now, besides teaching, he acts as a union rep for the department and teaches and works on curriculum development for Columbia’s foundations courses, which are required for all freshman and sophomore music majors. He dedicates himself to working with students and helping them prepare for careers that can diverge in a number of different directions, all supported by a strong liberal arts foundation.

“I’m a believer in liberal arts. I believe that you come out of it as someone who is more adaptable, wise, and ready to [tackle] whatever challenge is in front of you. Hopefully you will also come out of it with a lifelong love and appreciation for music.” For Greenspan that love has taken him through uncertain times, guided him towards like-minded people, and provided him with myriad ways to use his talent to forge a career. It’s a gift that he is dedicated to instilling in the next generation.