Jessica Borowski ’10 on Persevering for the Dream in Acoustics 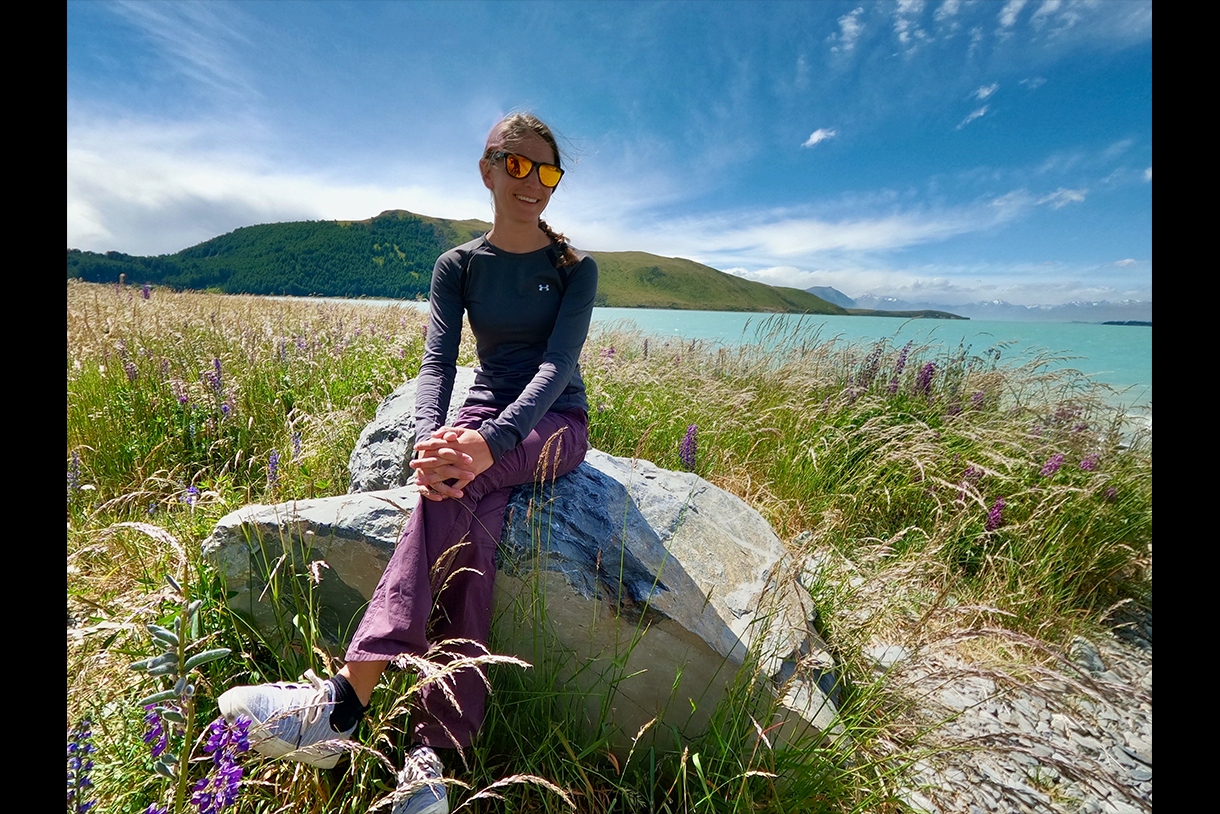 Audio Arts and Acoustics Alum Jessica Borowski had to fight for what she wanted. Here's how she landed her dream job in a competitive field.

For Jessica Borowski, now a Senior Acoustic Engineer at Meyer Sound, music has long been a family affair. “I’ve always had a passion for sound,” she says. “Both my older siblings played instruments in grade school band, so naturally I wanted to learn to play as well.” From humble beginnings that featured performances on handed-mallet percussion instruments, Borowski soon spent all of her time learning all the percussion instruments she could. As she got a bit older, she and her friends started a cover band. It proved to be a life-changing experience. “I had band friends from all over who introduced me to live sound, and invited me to the studio when they were recording. It was eye-opening,” Borowski says. “I wanted to find a way to be a part of that world even if I wasn’t a great musician. I dove into researching different career paths, and with my love for music and math, I stumbled upon acoustics.”

A strong researcher, Borowski continued to examine possible avenues for professional expansion as she grew older. She discovered most higher-ed opportunities made bachelor’s degrees in engineering a prerequisite to taking any acoustics courses. Borowski wasn’t willing to wait those years out, away from her passion. “Columbia College Chicago was the only undergraduate program that allowed me to immerse myself in the Acoustics program during my first semester,” she says. That, plus the chance to take recording and live sound classes alongside her acoustics curriculum drew her halfway across the country to attend Columbia. “My family wasn’t exactly excited,” she says, “But they also couldn’t argue that the program at Columbia College [Chicago] was the right path for me.”

From the start, Borowski began to make important connections that fostered her development. She notes that her time studying and TA-ing for Associate Professor Benj Kanters was especially crucial—he was responsible for the introductions that paved the way for Borowski’s formative internship with Sensaphonics, an experience that opened-up Borowski’s eyes regarding how her training could be used to improve the world of hearing health. Some of those connections are still relevant to her life today. “I still work with Dr. Santucci [the founder and President of Sensaphonics] and alongside other experts in the industry as a part of the World Health Organization’s Make Listening Safe Initiative,” Borowski says.

After graduating, Borowski tackled her life dreams with gusto: seeking out Acoustic opportunities on the East Coast, she applied with Resource Systems Group. She received an offer for a a temporary contract to help them with their workload. As she remembers, “It wasn’t glamorous work. I spent days listening to recordings, classifying every sound I heard and how often it occurred. Once in a while I was handed a unique acoustics task, like 3-D modeling wind turbine farms. I made sure to take these opportunities seriously and worked hard to prove myself so they would feel comfortable passing more work my way.”

Despite her efforts, though, there was no full-time position available at the end of her contract. Borowski decided to take on another life goal—living in Montréal. She navigated the complex requirements to gain residency and ended up working as an acoustics consultant for a number of years. Eventually, the winters became a bit much and Borowski was ready for her next adventure. This time, she wanted to explore living in California. “[I] moved out to California with a laissez-faire mindset, convinced it would be easier to get an interview if I was in the same time zone.” She was right—she quickly got an interview to work on the Constellation team at Meyer Sound. Despite this win, however, the path was not smooth-sailing. “Although I was one of two finalists from a group of highly qualified candidates, I didn’t end up getting an offer. I was heartbroken. The position was my dream job in Acoustics.” Borowski wasn’t ready to give up. She reached out to the manager of the team from time to time, hoping they would keep her in mind for other opportunities. Eventually a contract position opened up. It was not the dream job. It wasn’t even in the right field. But Borowski took it, knowing that this way she could get her foot in the door. It worked. A year later, she was offered a full-time role on the Constellation team.

Borowski knows that persistence is key, and it’s a continuing life-long lesson she hopes to pass on to other Columbia students. “Learning doesn’t stop when you graduate. It’s an actual skill you can develop. Don’t ever stop asking questions and learning from your friends and colleagues. Find people who inspire you and reach out to them with a helping hand. Bring a positive attitude, you may be surprised a small gesture and casual conversation will go a long way.”