John and Theresa Guleserian on Making Movies and Building Community 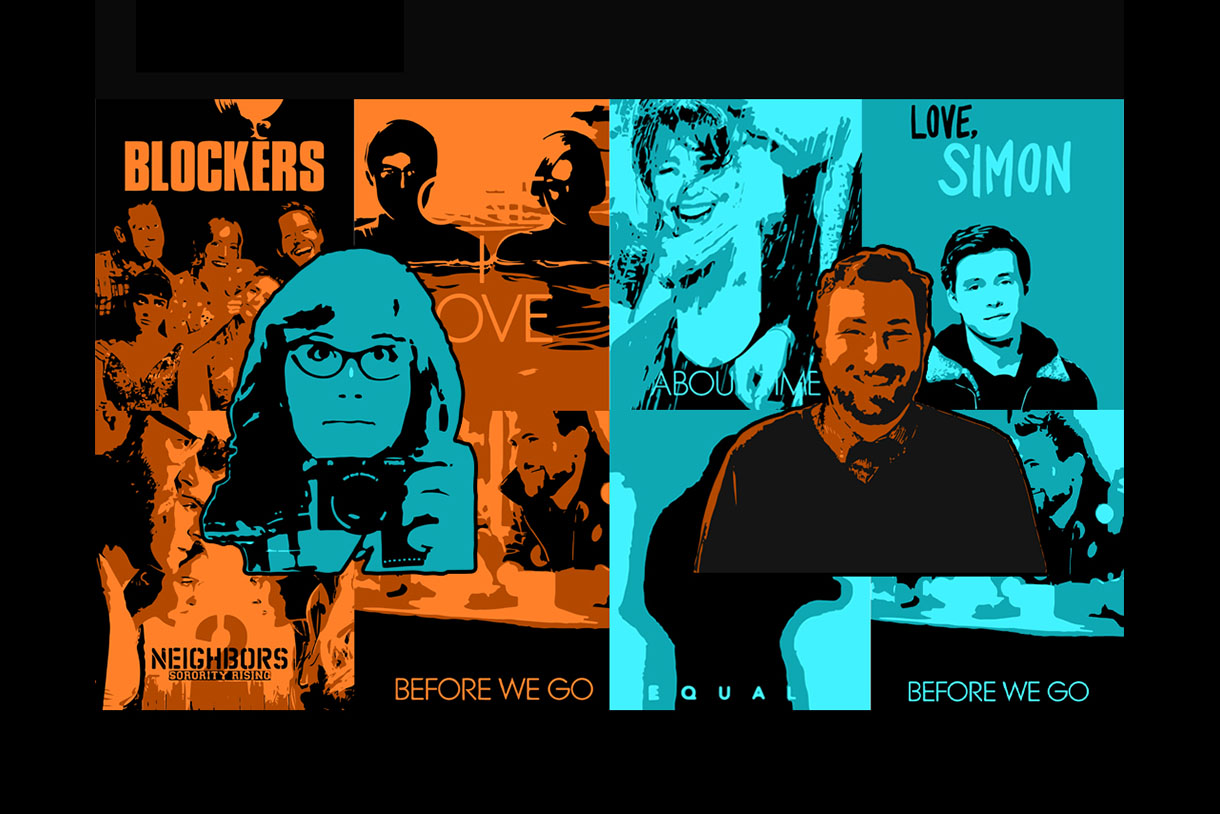 For John and Theresa, the road to professional and personal success has been driven by their ability to create the community they want to work in.

Theresa Guleserian remembers the moment that her friend, Robert Atwood, changed her life. They had met in Tech I at Columbia College Chicago and Theresa had confessed that she wanted to branch out from doing only animation. She loved animation—but she wanted to try making live action films, too. She was especially interested in production design. Theresa recalls Atwood saying, “You need to get to know everybody else if you want to try to make live action stuff. I work in The Cage, you should work in The Cage too, everyone’s so cool there. They’re the best. You’ll make a lot of friends.”

For John and Theresa, the road to professional and personal success has been driven by their ability to create the community they want to work in—on their recent film, the Hulu hit Happiest Season, they knew almost everyone on the crew and had worked with actors Mary Steenburgen and Kristen Stewart previously as well. “I think in general in this career, you get opportunities and then those can lead to other opportunities, because you do your job well and people like you, and everybody's moving onto new projects. You do a project with a bunch of

people, everybody breaks up, goes onto new things, your name comes up, people call you. It grows and grows like that,” John says.

Of course, it doesn’t hurt when your work is also irreproachably excellent and you make good use of every bit of knowledge you pick up along the way. When discussing the production design of Happiest Season, which has the feel of the ultimate holiday film in the perfect home for a holiday gathering, Theresa says, “That [feeling you get while watching Happiest Season] is straight-up due to a Columbia College connection…the reason I even wanted to do [that film] is because of Karen Fletcher, who was my production design teacher at Columbia.” As Theresa tells it, Fletcher’s mentorship is all over that film.

“Everything in the entire movie color palette, every single thing, is absolutely controlled. It’s this super classic red, green, and neutral palette. After studying that with [Fletcher], and then watching all the zillions of movies that you watch over the next 20 years, it just stuck with me how successful [working in a color palette] was, and how badly I wanted to do my own version of it someday. And this was just implementing all of those things that I've been thinking about for 20 years, because of Karen Fletcher's one class.”

John, who was the Cinematographer on the same show, turns to his wife and adds, “Remember, they were like, "Okay, so we need to find a house location, whatever, and then shoot in the house." And Theresa was like, "No, we're building this house. It's all from scratch." And you convinced them to do that.” It was a good call—the right call borne out of years of experience, total commitment, and a willingness to take risks.

John is no stranger to taking risks, either. He recalls his first studio film, About Time the 2013 romantic drama directed by Richard Curtis. Curtis had seen John’s the 2011 film Like Crazy, which won Best Film at Sundance, and wanted his next film to have the same feel.

“I Skyped with him, and we liked each other, and before I knew it he asked me to just come out to London to talk to him, and talk to the producers, and I did that. We just really got along. He’s one of the greatest human beings I’ve ever met,” John says. The film gave John the opportunity to grow and the chance to work with people at the top of his craft. It also helped him to see that there were rewards for taking risks and working in a way that was authentic to his own vision. “What I tell students all the time too,” John says, “is don’t worry how anyone else does it….do the thing that works for you, no matter what that is.”

For both Theresa and John, who have a combined 75 credits between them, passion, a love of storytelling, and a love of community has carried them through. They have multiple projects on the horizon, but are keen to go with the flow and see where their path takes them. Regardless of the road ahead, they have the deep friendships and community they’ve built along the way. “It’s a collaborative medium,” Theresa says. “You have to be a part of a group of people. Pick some friends and do it together. There’s nothing in any of our almost 20 years [in the industry] at this point that didn’t come somehow through friends that we’ve made along the way…it really does take a community of people to be a filmmaker, so prioritize that.”