Postcards from the Pandemic: Photographing a Virus 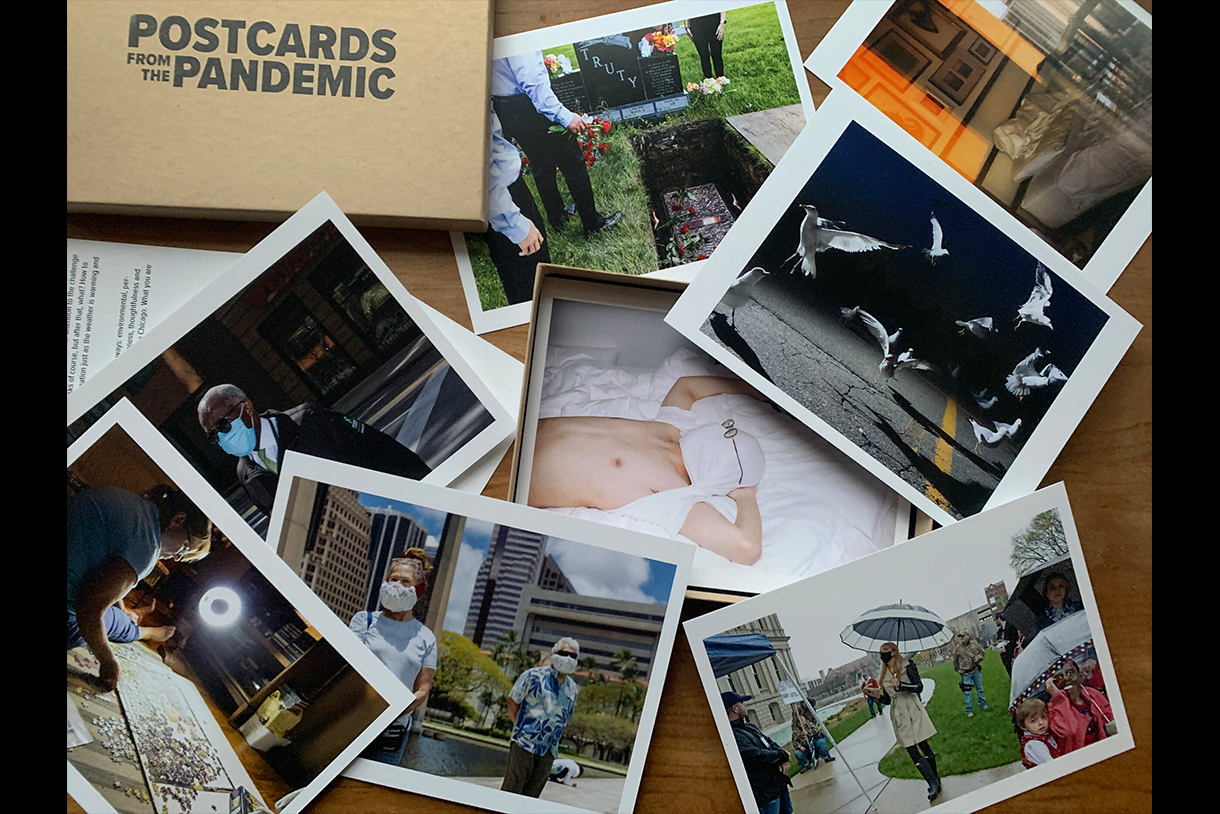 Asked to shelter in place as a global pandemic reached our front door last March, the way we work, learn, exist, and interact completely transformed.

As with most events of great magnitude, artists have attempted to document the pandemic. But how do you document a catastrophic event that cannot exactly be seen? This has proved to be a challenge for photographers in particular—unlike a natural disaster or terrible accident, there are no upturned buildings or destroyed vehicles to capture. Instead, it is the lives of many that have been destroyed and upended during this time.

The order to stay indoors added an additional layer of difficulty to the photo documentation of COVID-19. However, Photography Professor Paul D’Amato and graduate and undergraduate students from his Documentary Book class and Columbia’s Documentary Methods class accepted the challenge. 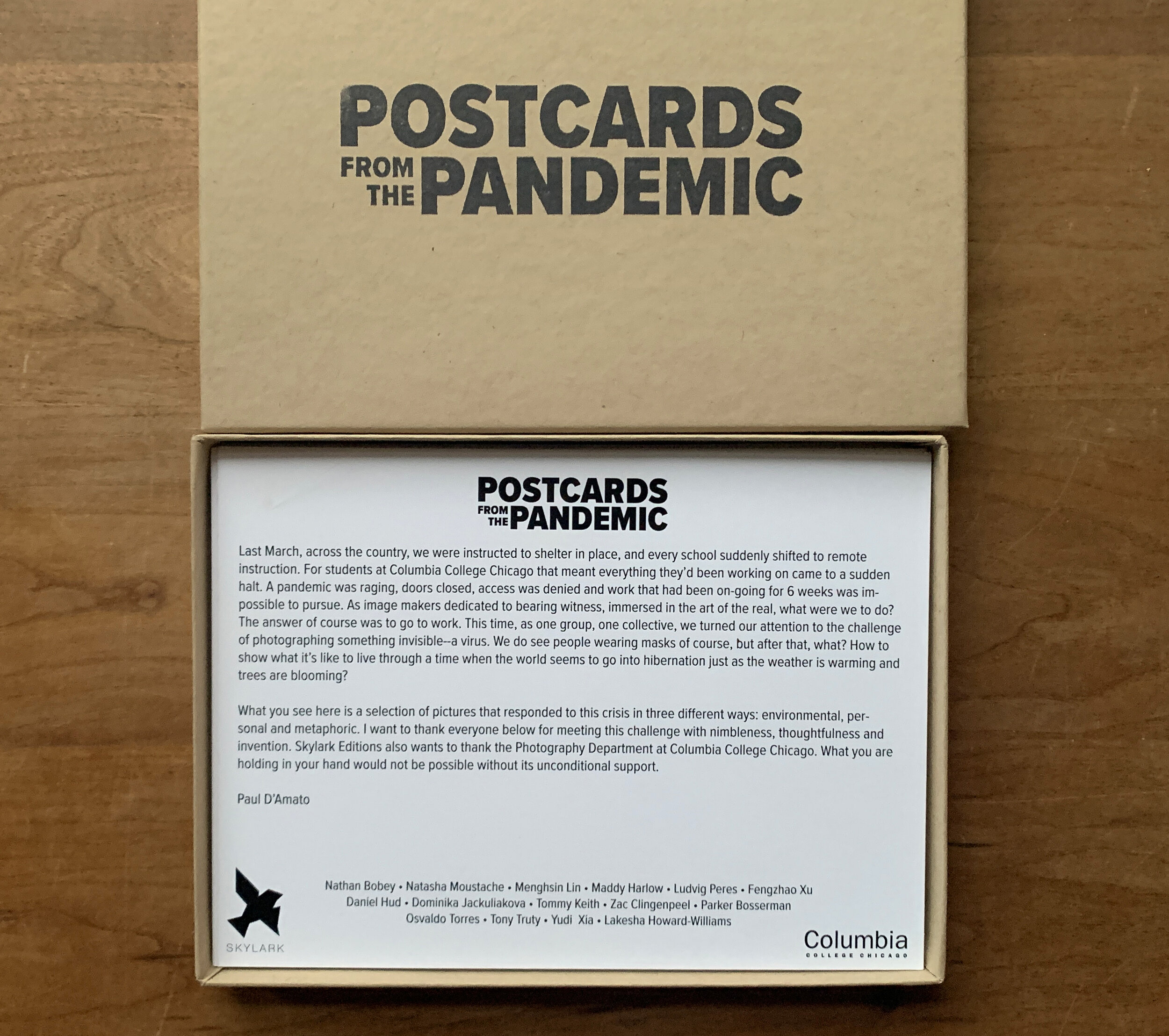 D’Amato and his students were able to pivot from the work they had started in January to attempting to convey the pandemic through photographs. “Most of the projects that students had been working on were no longer possible,” says D’Amato. “In the spirit of FSA—the legendary documentary collective in the 1930s—we decided to respond to this national crisis as they had to the Great Depression. The challenge in this case was that the consequences of a pandemic aren’t as visible and as easy to photograph. In addition to the virus being invisible, it also kept most people indoors, which led to too many images of people wearing masks.”

As editor and co-founder of Skylark Editions—a non-profit publishing project based in Chicago that provides a platform for the creation and distribution of photobooks by emerging and established artists—D’Amato thought publishing the photos would be a great way to record this moment in history. 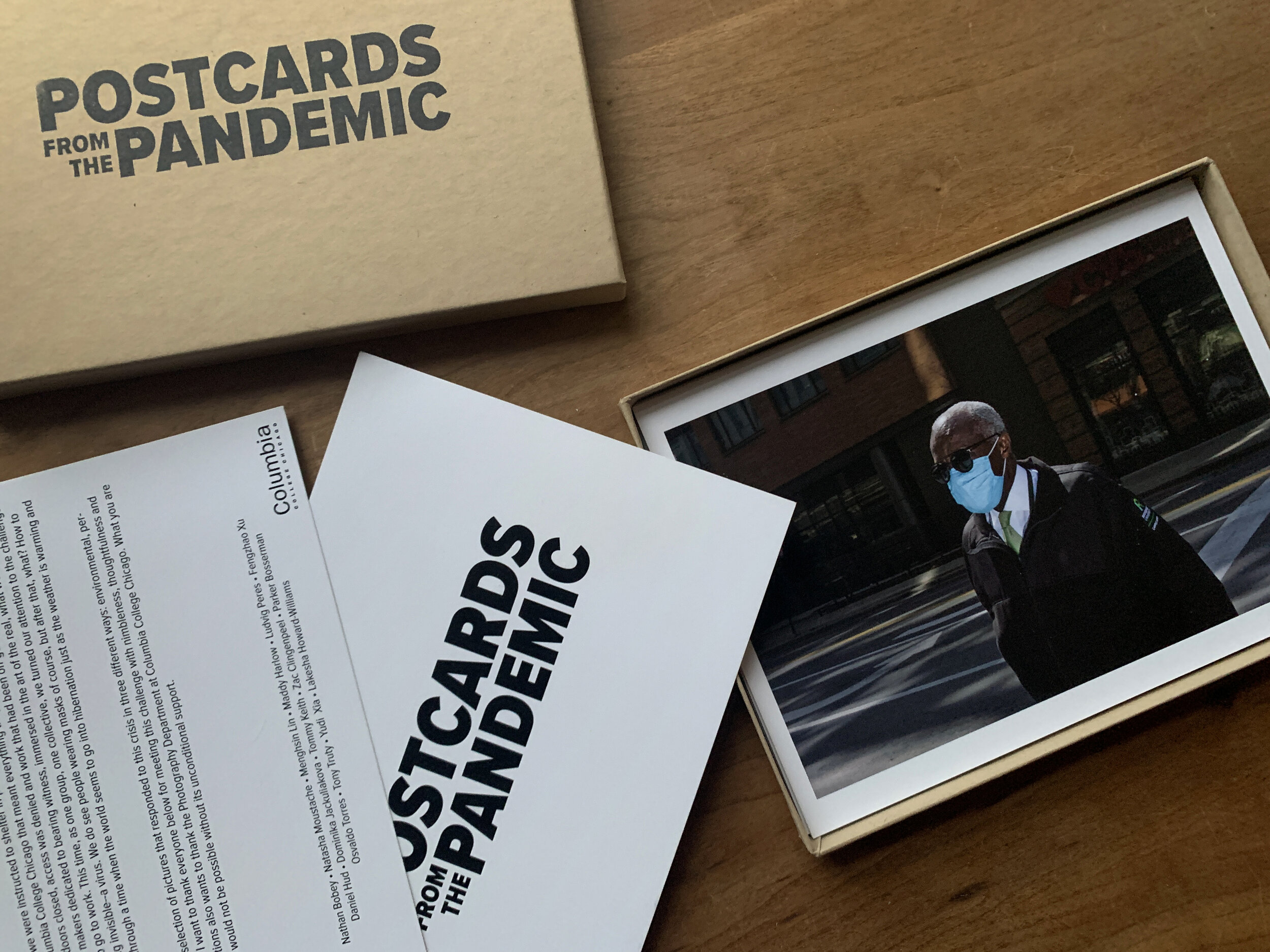 “The most exciting part about working on this project was shifting from working academically/institutionally with these students to being a member of a functioning collective responding to national crisis—to go from theory to practice, from talking the talk to walking the walk—and leaving a mark in the form a published body of work that will outlive the parameters of a class.”

The project, which was funded by Columbia College Chicago’s Photography Department, includes 24 5”x7” postcards. For more information on Postcards from the Pandemic and how to purchase them, click here.