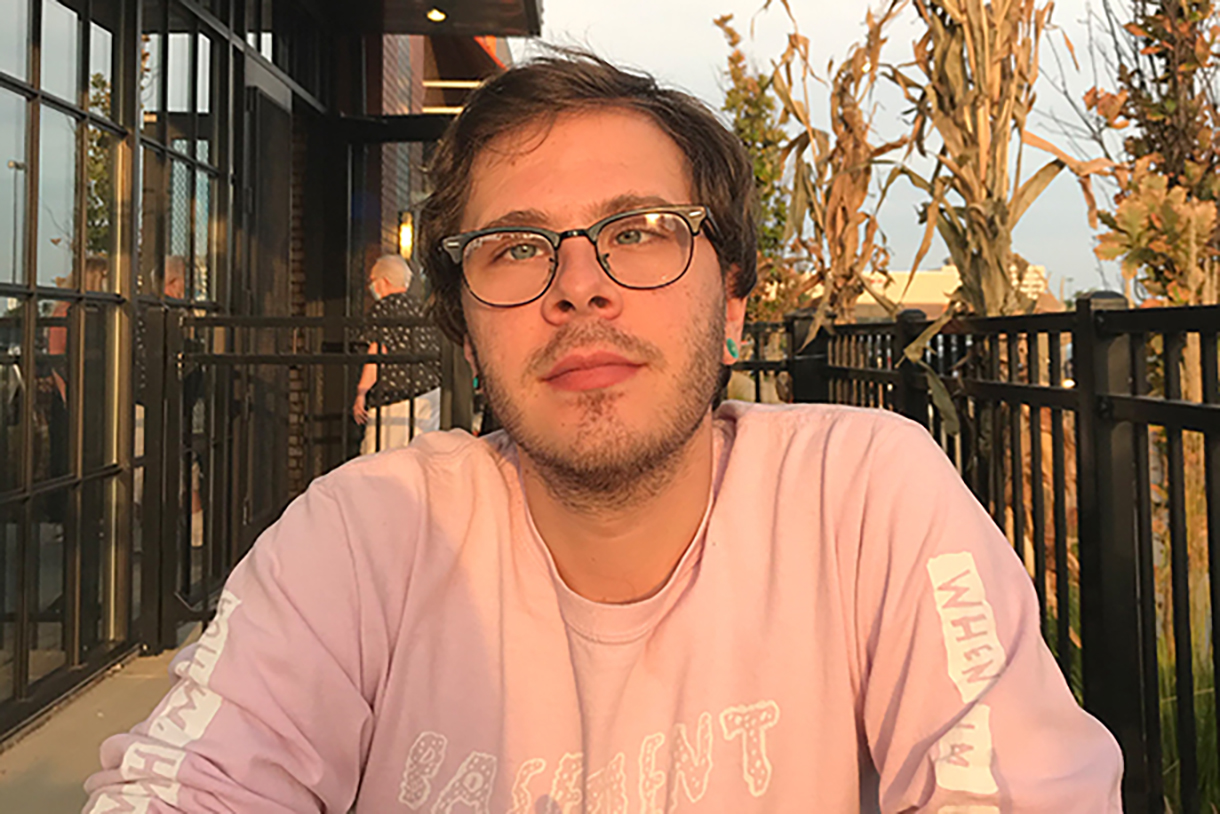 Johnson has been working successfully as a freelance audio engineer since 2015, taking many of the skills he learned at Columbia with him along the way.

For Taz Johnson, working with audio recording has been a passion for a long time. As he remembers, "When I began to learn guitar in the eighth grade, I picked up my first audio interface to play around and make demos for myself. [Still], I never understood much about recording until my senior year of high school when I enrolled in a recording class my school was offering—I was instantly hooked." For Johnson, getting to work hands-on with recording equipment was the start of a determination to forge a career as an audio engineer.

Johnson’s first impression of Columbia, after touring the campus, was that this was the "real deal." As he remembers, "From audio for film to live sound and analog recording, Columbia offered so many different classes that I knew I could find my niche.” By focusing on audio and business courses like "Studies in Hearing" and "Advanced Studio Recording" as well as "Self-Management and Freelancing" made a big difference to his career trajectory. As he says, "[They] really helped me lay down the framework for my business and gave me the knowledge and resources I needed to feel confident and independent when starting my freelance career."

Johnson has been working successfully as a freelance audio engineer since 2015, taking many of the skills he learned at Columbia with him along the way. "Being at Columbia has definitely helped me grow my business in a multitude of ways, from making connections with peers and professors to enrolling in classes focused on freelancing and business. Columbia offered me a lot of valuable tools and resources to get my business started and continue it successfully," Johnson says.

Not everything has been easy—certainly, the pandemic has thrown Johnson along with everyone else for a bit of a loop. But thanks to the strong connections he made before COVID, Johnson has been able to successfully navigate this new normal. As Johnson says, "I feel like building up my freelance and self-marketing skills has helped me the most during this time…learning to go out and get my own work has been an invaluable skill that’s really helped keep me afloat during these uncertain times." Further, Johnson has even used these times to make positive plans for the future: he plans to return to school to study audio for gaming with an eye towards working with studios like Activision and Rockstar.

For other students interested in forging their path at Columbia, Johnson has some words of advice: "Work hard, have fun, and do your best to avoid any distractions. You may not fully know where or what you want to be, but I feel the most important steps to finding success are having confidence and fully immersing yourself in whatever it is you’re doing. It’s easy to get knocked down and feel discouraged in life, but as long as you keep trying, you’ll inevitably reach your goals."