Transfer Student Vashon Jordan Wants You to Take the Leap 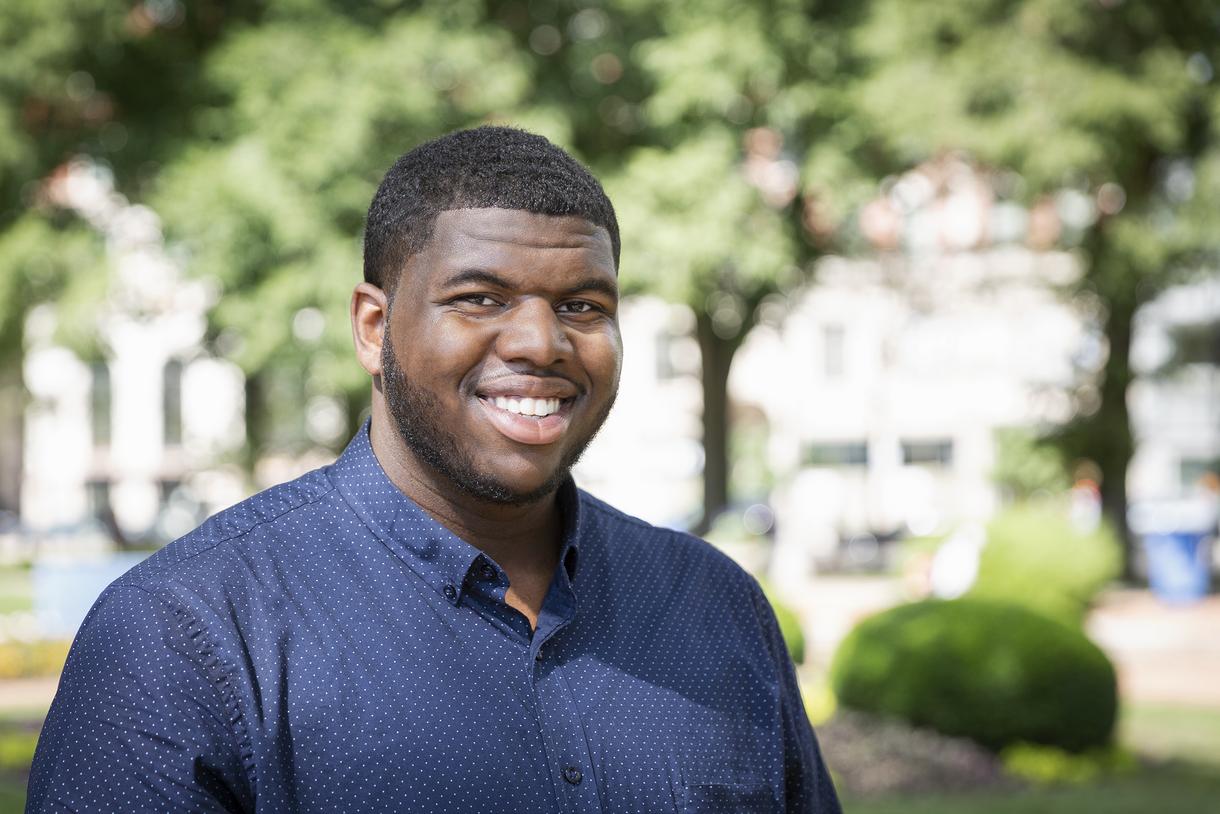 From Kennedy-King to Columbia College Chicago, Vashon Jordan has followed his dreams of using art to make a better world.

Two years ago, CTVA transfer student Vashon Jordan Jr. was a hard-working student at Kennedy-King College, a City College of Chicago, with a passion for storytelling, a keen photographer’s eye, and an internship at CPS offices in the loop. He was downtown at work one day when he heard the news: former police officer Jason Van Dyke, who had murdered 17-year-old Chicagoan Laquan McDonald by shooting him in the back, had been found guilty. There was a collective sigh of relief in the city amongst people fearful that an example of blatant police brutality would be covered up. Jordan heard that people were gathering at City Hall—he figured he could get there in just a few minutes if he rushed. He took his camera and went over.

As he remembers, “There was a huge reaction downtown…from City Hall all the way to Mag Mile. [And then, towards the end of the rally,] The sun was going down and everyone was circled up, and there was a speaker in the middle [of the demonstrators.] All of the cameras were photographing the speaker because they typically look for who's the loudest. Instead of photographing that, I was automatically drawn to the side where there were two black men who were prominent activists in this movement. They were embraced in a hug, and the person who's face you can see clearly was visibly crying. That to me was more of the shot, and I posted it.” Jordan didn’t think much of it until the next day, when the Chicago Defender got in touch about using it to accompany an article.

It was a unique shot: one that showed the grief that is the twin of victory in a moment defined by activist unity but also loss. As Jordan says, “when you go through an experience like this for so long, you're fighting for this for so long, one of the natural emotions is to break down and cry, and to let out all of that energy. But no one else automatically thought of that, but me.”

Taking the insider’s shot is something Jordan is known for. In fact, his recently released self-published book, Chicago Protests: A Joyful Revolution (Amazon 2020), is full of images that reflect the strength in community, the passion Jordan has for the Black Lives Matter movement, and the emotional cost of participating in the protests that characterized much of Summer 2020. The book includes photographs of 37 different demonstrations that took place over the summer, beginning May 30th, 2020. It also includes many Columbia students who took part in the protests downtown.

For Jordan, it was no surprise that so many Columbia students wanted to get involved in the movement. He freely discusses the collegial atmosphere where, as he says, “I am constantly being surrounded by students with similar interests, similar passions and similar goals.” And it isn’t just about the students, but also the institutional priorities that make Columbia such a good fit. As he says, “With Columbia, this is a college that has a connection to the soul and roots of Chicago, while maintaining the integrity of the artists that call this great city their home. Additionally, the prioritization of offering a college experience where you can build a strong team with students and faculty is one thing that Columbia offers that made them stand out above the rest.”

But for Jordan, like many students, it wasn’t a straight shot to Columbia, or to his career in media. He was accepted to Columbia right out of high school, but the finances made attendance impossible. At the same time, he was offered the Chicago Star Scholarship at Kennedy-King. He decided he could do his gen-eds at City Colleges and then attend Columbia. Now in his third semester, he wouldn’t have it any other way. “One of the best parts about it is I'm only taking classes towards my major,” he says. “The learning community is what I started off with, having classes with some of the same students two semesters in a row. I still talk to all of the students in my learning community. We still work together. I just did a podcast with one of my classmates from last year. That was really a great way for us to build that community by going through these experiences together. That will stick with me much longer than any class lesson or exercise.”

As a Cinema and Television Arts major, Jordan is building the skills and tools that he needs to continue in his career. He says, “I am graduating in May, so it's near. I want to definitely continue on the path of photography. [I look forward to] freelancing and just covering Chicago. I will [also] have a degree in television, concentrating on directing where I can go and actually work in a TV studio [as well].”

Amidst planning for his own future, Jordan has advice for other Columbia students who want to follow in his footsteps: “One of the biggest things that I want college students to know when it comes to me is, I am you. I'm a student just like you, and everyone starts from somewhere. Do not look at my achievements as an outlier, look at it as a testament of what we are all innately capable of when given the proper tools and opportunities to showcase our God-given gifts. I want college students to know that you can do anything that you set your mind to, and all of this available to you. You're in Chicago. You're at Columbia, which is a school that has an abundance of resources. Take advantage of the community. Take advantage of your teachers who are currently working in the same field that they teach. Try new things and be willing to take those leaps.” As his story proves, the net will appear.