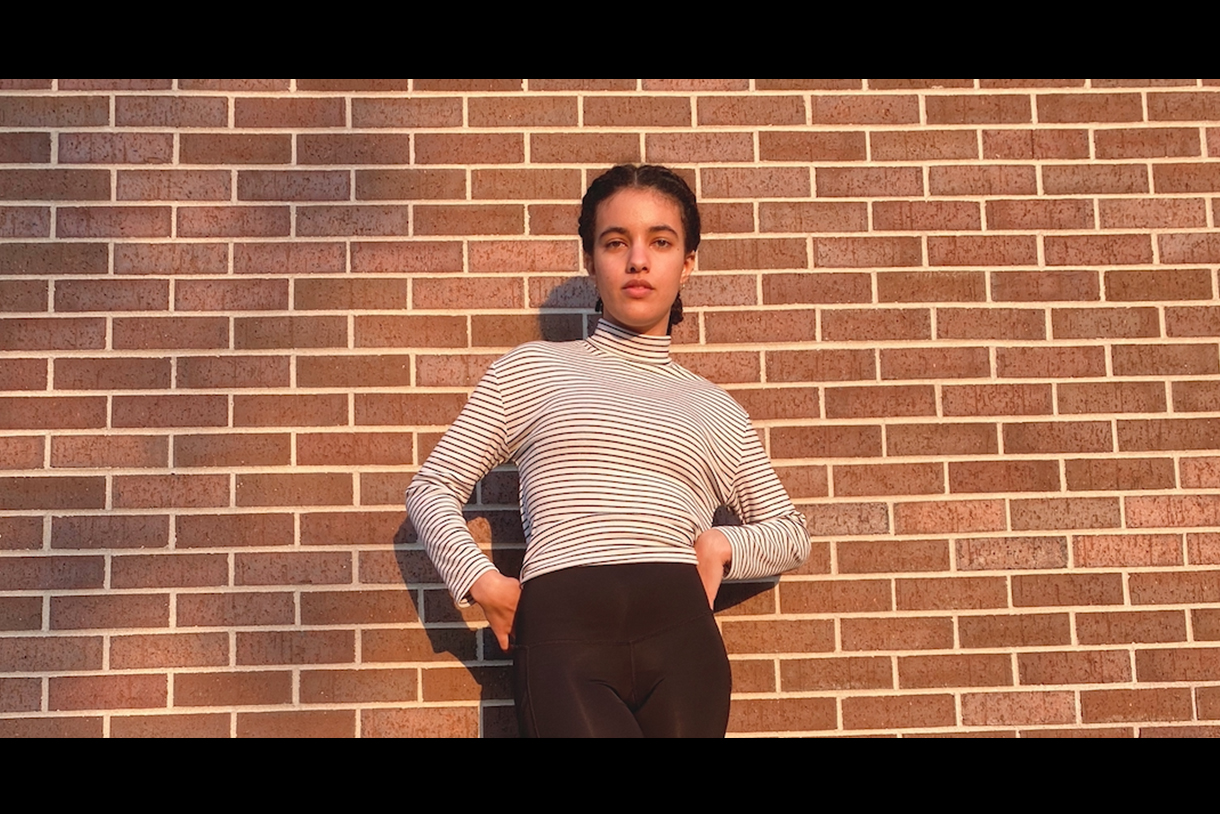 At Columbia, student finds like-minded women in audio and discovers new corners of the audio industry.

For Audio Design and Production Major Ella Pinceloup, the field of audio was not something that she always wanted to pursue. She loved audio, sure, but what was she going to do? Record in the home studio that she didn’t own or in the basement that she didn’t have? A career in law or maybe neuroscience seemed much more likely. But all of that changed when she learned about the facilities at Columbia, especially the space in the basement of 33 E. Congress. Suddenly, what had felt impossible before seemed attainable. “The moment I realized, ‘Oh, maybe someone as inexperienced as me can do this too with the right mindset and hard work’ made it impossible for me to choose any other career path,” says Pinceloup.

At Columbia, Pinceloup found not only a supportive learning environment but an opportunity to address the inequalities of her field. “Coming into this department, I was well aware of the fact that the industry is overwhelmingly made up of men,” Pinceloup says. The solution? Gather fellow like-minded audio engineering students Lauren Bayless, Kimberly Liwanag, Giselle Ryan-Arce, and Nicole LoCicero to revive Columbia’s Women in Audio Club. “We want to create a space for young women in audio at the school to network, learn for one another, and share similar as well as different experiences in a welcoming environment,” Pinceloup says.

Pinceloup was surprised by more than just Columbia’s facilities. She also found some new corners of the industry that piqued her interest. In fact, in Spring 2021, Pinceloup finished an internship at the Studs Terkel Radio Archive. “Archiving is definitely something I had never ever thought about, even after my sophomore year at Columbia,” Pinceloup says. However, after taking a related class, she found the opportunity to intern and decided to jump in. “The internship made me realize there is so much out there when it comes to audio and there is a lot for us audio engineers to tackle,” Pinceloup notes. “I also finally got experience in postproduction work and am loving that aspect of audio as well and want to continue to explore it.”

Despite the success that Pinceloup has had in her department and chosen field, she still struggles with self-doubt and makes resilience a practice. “Everyone is so talented at Columbia, and it’s so fun and cool to see what ideas other students have. With that said, it can also be easy to think since everyone is doing such great things, what does it mean for my own projects and my own ideas?” Pinceloup ultimately found that by acknowledging these thoughts but actively working to build up her own and others’ self-confidence, she was able to move forward.

Pinceloup’s biggest dream, she says, is to work in the South Korean film and music industry. “I want to take what I learn here at Columbia to somewhere new in the world and work on audio globally. I want to help bring songs to life and am interested in working postproduction for film as well.” Before she graduates in Spring 2022, though, Pinceloup is content with continuing to build up the Women in Audio club, connect with more students on their projects, and be content in the moment. As she says, “While it’s great to have goals and push yourself to achieve so many things, I also want to enjoy my time here at the school and leave knowing it was time well spent that will reflect well onto my future.”