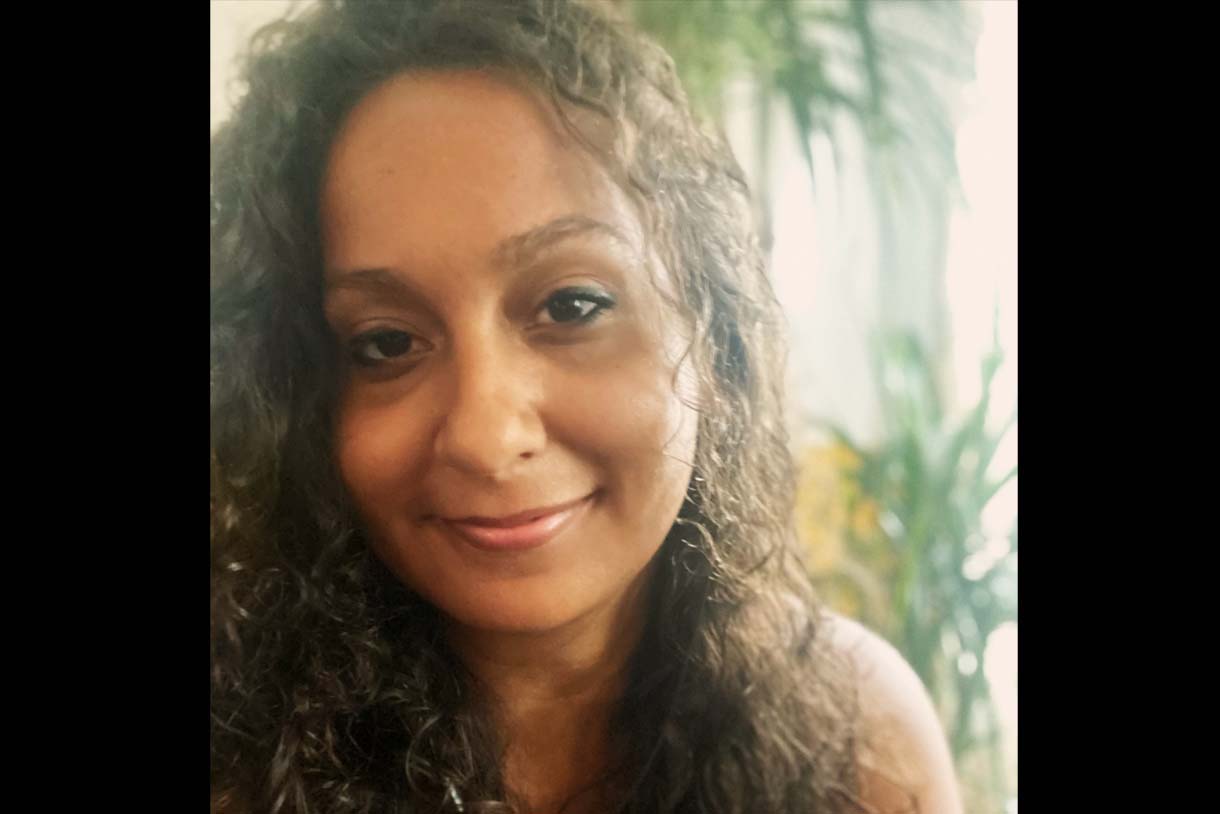 Selected for Rising Voices — which promotes stories by BIPOC filmmakers — Alum Cara Lawson '14 seizes unique storytelling opportunity and sees the helpful side of the film industry.

Filmmaker and Alum Cara Lawson ’14 feels very lucky these days. She’s coming off a whirlwind year having been selected as one of ten filmmakers for season 2 of Rising Voices—a program designed to discover, invest in, and promote stories around the meaning of work created by BIPOC filmmakers and storytellers. As part of that experience, her resulting short film was shown at the Tribeca Festival this past summer. And now, she’s back on set of Showtime’s critically acclaimed series Yellowjackets, where she is a showrunner’s assistant.

Throughout it all, she has met and learned from helpful industry professionals — some of whom are from Columbia.

Lawson, however, did not initially envision herself as a filmmaker. She first studied behavioral psychology as an undergraduate and planned on becoming a psychiatrist. A film class changed her trajectory, and she transferred to Columbia College Chicago.

“At Columbia, I knew I was in the right environment,” she says.

Even though Lawson didn’t grow up making movies in her backyard, she realized she wanted to direct and tell stories on film. But when she arrived at Columbia, she didn’t even know how to load film into a camera. But thanks to the grace, patience, and eventual mentorship of the late Ronn Pitts, a Chicago filmmaker who taught at Columbia, she figured it out.

“In my first cinematography class, I couldn’t load the film. I was so embarrassed,” she says. She went to Pitts for help, and he sat with her while she attempted to do it over, and over, again. Long after the other students left the class, she finally succeeded. And on his suggestion, she kept a piece of that film.

“He said, ‘Put it on your wall and when you’re having trouble or you feel like you’re behind, just look at it to remember to keep going, keep dancing.’”

Lawson did keep going. She participated in Columbia’s Semester in LA program, eventually as a teacher’s assistant, and began to develop connections in the LA film industry through her internship. In Los Angeles, she found jobs as script and directing assistants and ended up working on Yellowjackets, earning a master’s degree from the American Film Institute along the way.

“I’ve learned that the first person who shouldn’t say ‘no,’ is you,” she says. “Because then, things truly do stop.”

As one of the filmmakers chosen by Rising Voices—a product of a collaboration among the job site Indeed, Emmy-winning alum Lena Waithe ’06 and her company Hillman Grad Productions, Ventureland, and 271 Films—Lawson literally didn’t stop once she began working on her project. She received a production budget of $100,000 to create her short magical realism film Crooked Trees Gon Give Me Wings, which screened at the Tribeca Festival in June. From casting to location scouting, Lawson was in go mode for eight straight weeks.

Set in Savannah, Georgia in the 1880s, the film tells the story of a black midwife and the atrocities faced by black women abused by the medical establishment. The story is told through the eyes of a young girl who speaks to spirits.

“I chose the work of midwives in the 1880s and wanted to tell their story because it has been erased from history,” Lawson says. “A lot of people don't know that black midwives birthed a huge portion of this nation.”

At first, Lawson was hesitant to submit the story. “It's a very vulnerable story and it deals with trauma,” Lawson says. But she pushed that fear aside and is proud of the work she produced and grateful for the supportive industry professionals she met along the way.

“The people I’ve worked with—Lena Waithe and the other people I worked with at Rising Voices as well as colleagues at Yellowjackets—have given me support that’s really rare and really special, and I don’t take it for granted,” she says. “They have shown that it’s not about ego, it’s about story, and it’s about helping folks. And that’s a different way to work and it’s a better way to work, too.”