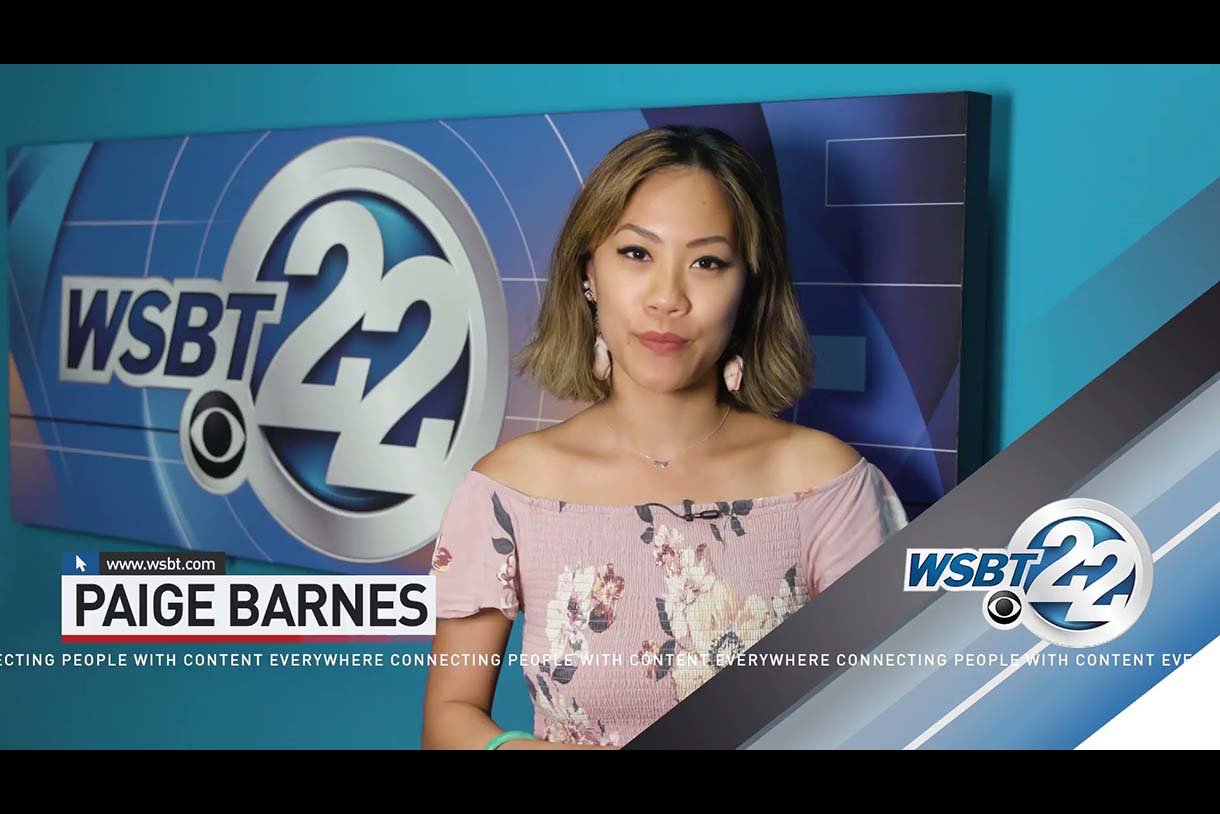 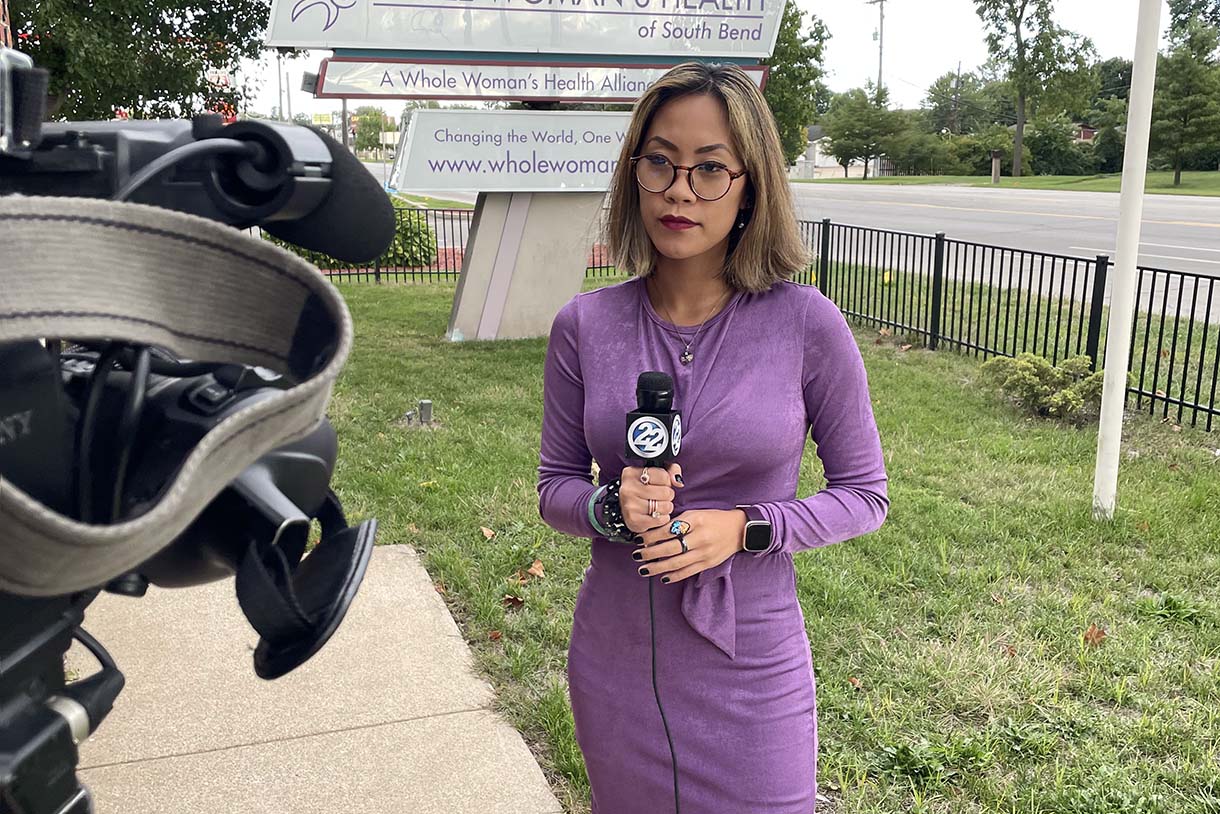 When not at the anchor desk, Paige Barnes covers stories in the field as a news reporter. Photo by Eric Gonzalez.
Alum Paige Barnes ’21 recalls how her experiences at Columbia paved the way to her current roles as morning anchor and reporter at WSBT in northern Indiana and southwest Michigan

Paige Barnes ’21 has always loved to talk — so much so that her grade-school teachers took notice. “I got a lot of comments on my report card that I talked. It was fun and jovial, but it was at the wrong times,” she laughs. That gift for gab — and the ability to leverage every opportunity made available to her at Columbia College Chicago — eventually translated into a career in broadcast journalism. Today, she works as a weekend morning anchor and reporter at WSBT in northern Indiana and southwest Michigan. “I get paid to talk now,” she says. “And that, I absolutely love.”

Barnes came to Columbia thinking she would pursue degrees in both Dance and Journalism, but she reconsidered, realizing that plan didn’t mesh with her hope to graduate in four years or sooner. “I looked at my schedule, I realized that I would either be at Columbia a little longer than I wanted, or I would be running around like a chicken with her head cut off,” she recalls. “And though I still really have a soft spot for ballet because I did that since I was two, I ended up sticking with journalism full force, taking on the Public Relations minor.”

At Columbia, Barnes found that she could go “full force” with her majors and minor and still enjoy dance by taking dance classes and participating in Columbia’s Renegades En Pointe. As a student in the Communication department, Barnes leveraged opportunities to work in multiple journalistic mediums, including radio at Columbia’s WCRX station, print and multimedia at the Columbia Chronicle, and broadcast with Frequency TV — which were all part of Columbia’s Media Hub.

She honed her interviewing skills as a reporter at Columbia, covering the stories only a city like Chicago could offer, including government corruption, the case of actor Jussie Smollett who staged his own assault, Bernie Sanders on the campaign trail, and Black Lives Matter protests. “As a journalism student at Columbia, you don't have to look too far to find a story that people have interest in.”

COVID-19 — which impacted her final two years at Columbia — also proved pivotal in her journalistic journey at Columbia. While it presented challenges in terms of collaborating with classmates and faculty in person and prevented some on-set learning, it also provided storytelling opportunities.

“We did multiple videos about COVID safety and how the college was going to reopen, because that's something that you can’t just type up,” she says “In terms of reporting, it really pushed me to think of multiple stories that could come out of COVID. Not just that people are getting sick, and people are dying, but what are the ramifications of it?”

Some of these stories found themselves on Barnes’ audition reel as did her digital media work from her summer internship at AccuWeather through the Dow Jones News Fund, which she found with the help of Columbia’s Jennifer Halperin, an internship and career advisor at the Career Center.

That reel and internship helped open the door to WSBT, where she now appears “bright and cheery” at 4 a.m. on Saturday and Sunday mornings. When not at the anchor desk or doing on-air interviews with local personalities, she’s in the field covering stories and local government proceedings. Her favorite part of her general assignment reporting job: Learning and sharing something new each day. “I feel like I'm making an impact on the community,” she says.

While Barnes relishes her role as a reporter, her ultimate career goal is finding her way to Good Morning America. Having grown up with the show, she thinks its light, conversational tone suits her style well. Because as you’ll recall, she likes to talk. And based on her professional accomplishments so far, she clearly does it very well.