Associate Professor David Gerding on the Future of Technology 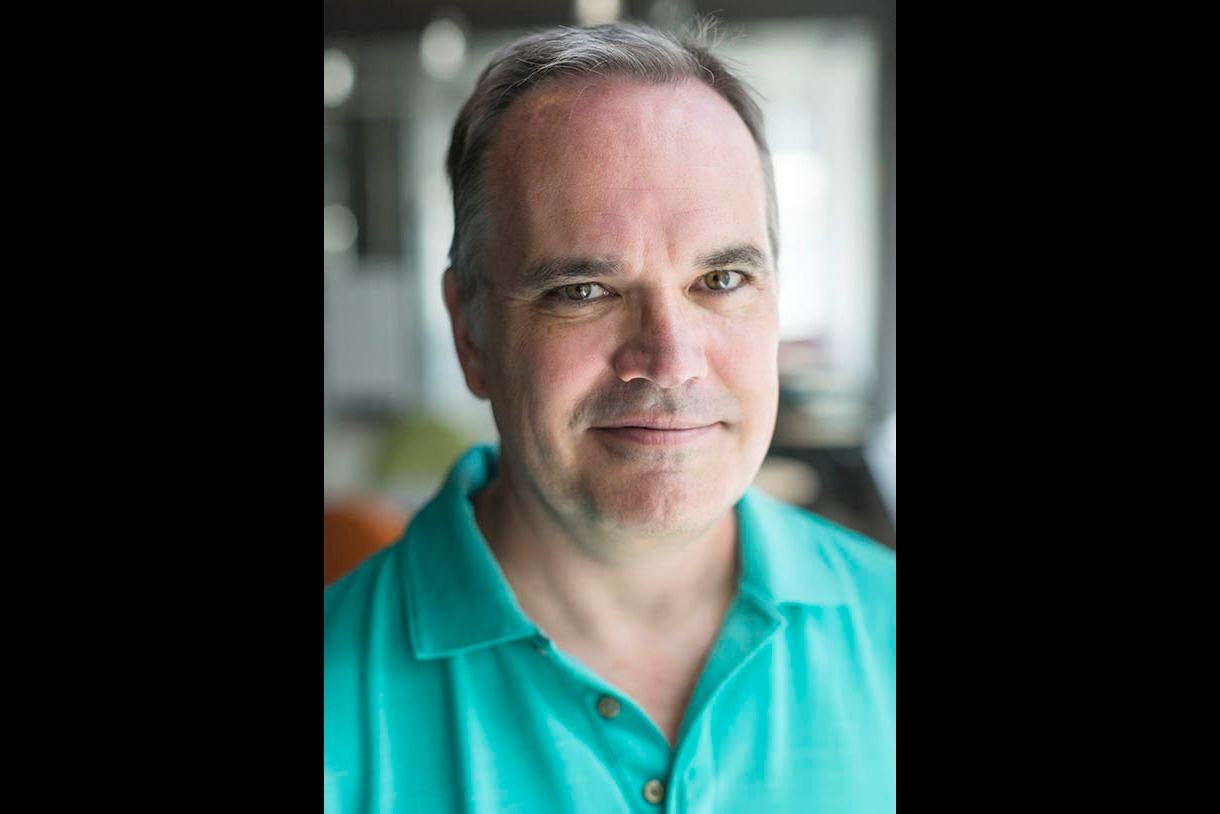 David Gerding
Our world is at civic and ideological crossroads. The students and leaders of the Interactive Arts and Media Department search for new ways forward that will benefit the next generations.

David Gerding, now a thought-leader and Associate Professor in Interactive Arts and Media (IAM) at Columbia College Chicago, remembers what first got him really into the world of technology. “I saw in those first personal computers so much magical, profound, creative capacity,” he says. “It was like someone had given me a creative forge. A whole world of play.” For Gerding, in those early days of computing when the average user was, as he says “obliged to effort” in crafting their ideas into existence, the future of technology seemed wide open to anyone with an imagined future that included those who had been previously excluded from the marketplace of creative ideas.

And then, over the last twenty years, Gerding watched in relative horror as the internet was less and less an inherently accessible and equitable “creative forge” to solve the problems of the world and instead, an ever-present dystopian mall. It’s one of many reasons that Gerding has devoted his professional life at Columbia College Chicago to offering pathways for students who are interested in taking technological advancements and using them to elevate civic discourse, create innovative worlds, and learn the craft of coding. “Creating interactive media can be forbiddingly technical. One of the successes of IAM has been a commitment to everyone that anyone that wants to author interactive media can do so. You are welcome here.”

It’s that dedication, in part, that has led Columbia’s IAM department to be one of the most diverse departments on campus, with the majority of new students self-identifying as women and people of color. It’s a cohort that reflects our evolving world and one that is dedicated to solving the biggest social and civic problems of our time.

To support the goals of this cohort, students in Interactive Arts and Media learn the design skills and thinking needed to build creative portfolios. They are also armed with technical skills that they can rely on to be competitive in an ever-shifting marketplace and the leadership skills that will support their roles as agents of change in society writ-large.

In discussing Columbia’s leadership sequence at IAM, Gerding notes that students are faced with questions like, “What are the social and emotional patterns that you can use to be more effective with others? What are the cutting-edge leadership practices?” The reason for exposing tech students to these questions is relatively simple: “If you’re going to affect change with what you make,” Gerding says, “chances are, it has to scale. And chances are you have to scale. You have to intentionally align what you make with your own virtues.” Columbia’s program is designed to support students who aspire to use their interests in fields including Game Design, Animation, Immersive Media, Game Art, Interaction Design, Motion Graphics, Web Development, U/E, and Programming to do just that.

One tactic that Gerding utilizes as an instructor guiding students to shape the future of technology-centered culture is re-thinking the lens through which see programming. Rather than viewing it from a “computer science” lens, Gerding approaches it through the lens of craft. “If you start looking at it as a craft, it becomes much more comprehensible,” Gerding says. The recent seismic shift towards low code/no code development techniques Columbia currently teaches in its graduate Interaction Design MA is an example a coding as craft. It is also an example of prioritizing contemporary student needs.

Acknowledging that some in the field approach the low code/no code method as “not real coding,” Gerding notes, “Right? And it isn’t. And it’s weird, and it’s totally going to win anyway because in the market there’s so much demand for app developers and there’s too few of them. So, demand has brought forward tools [like this].” For students at Columbia, it’s a whole new way to approach problem-solving in a digital marketplace, with grad students new to coding getting portfolio-worthy apps, real working software, in as few as two semesters.

“This view also supports an example of profound democratization that is going really well. It’s called Stack Overflow. And it is probably the most amazing value generation engine out there right now,” Gerding says. Programmer-created, Stack Overflow is a knowledge-sharing platform where programmers come together to ask questions and share solutions. “It’s kind of funny that the stereotypically ‘anti-social’ programmers have created what may be one of the most constructive, pro-social examples of social media.”

Of course, Columbia also offers courses that build students’ coding skills and that encourage students to jump into the world of game design and development from a programmer’s perspective. But perhaps most importantly for preparing students for careers after college, is Columbia’s commitment to fostering the growth of skills that never go out of style. “We’ve done a remarkable job of integrating core competencies that are really not transient,” Gerding says. He acknowledges that programming classes can either “empower students to go farther down that tech rabbit hole or at least be a much more credible partner with developers.” For students interested in empathy-based design, these are the crucial courses to take.

And for students who are just beginning their journey at Columbia, Gerding has some advice. “Always have one thing that you want enough that it's making you take effort in the world. Struggle. Strive.” In the journey, students will find that they too are shaping the larger future of our technology and culture.