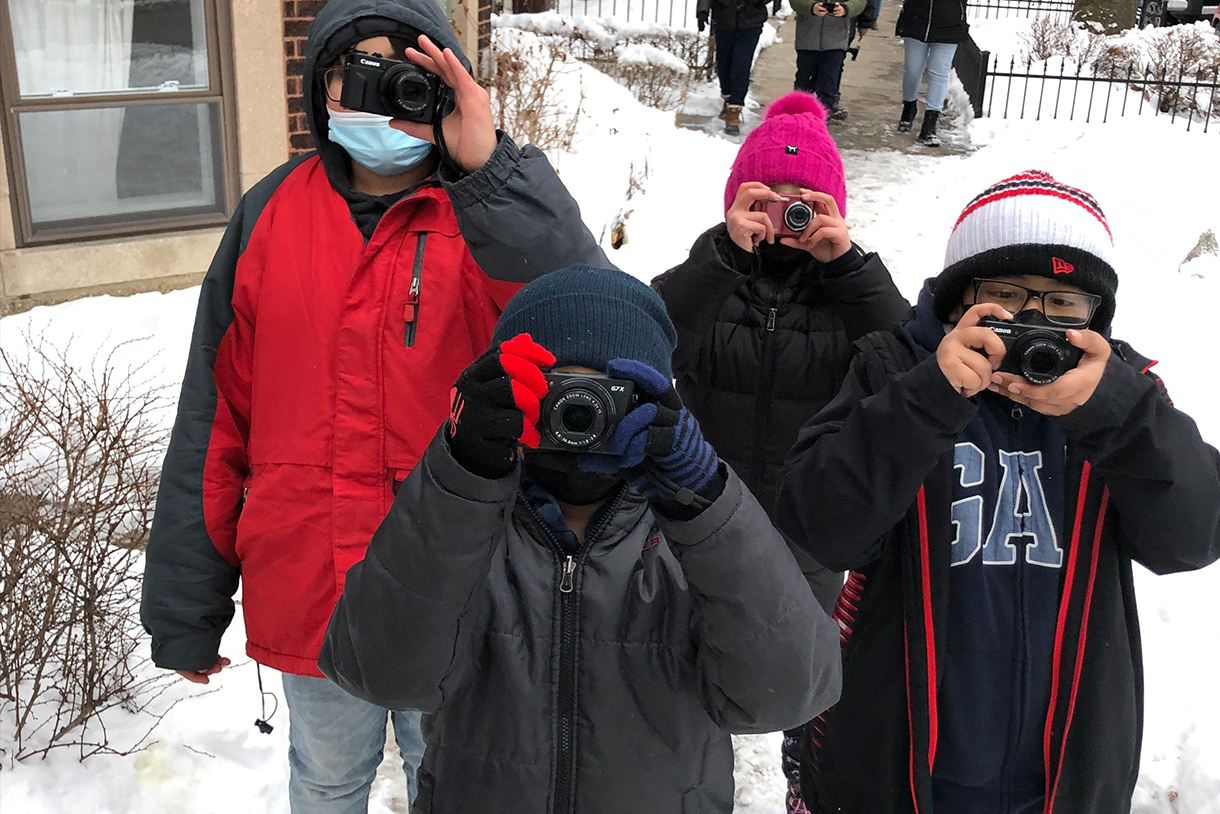 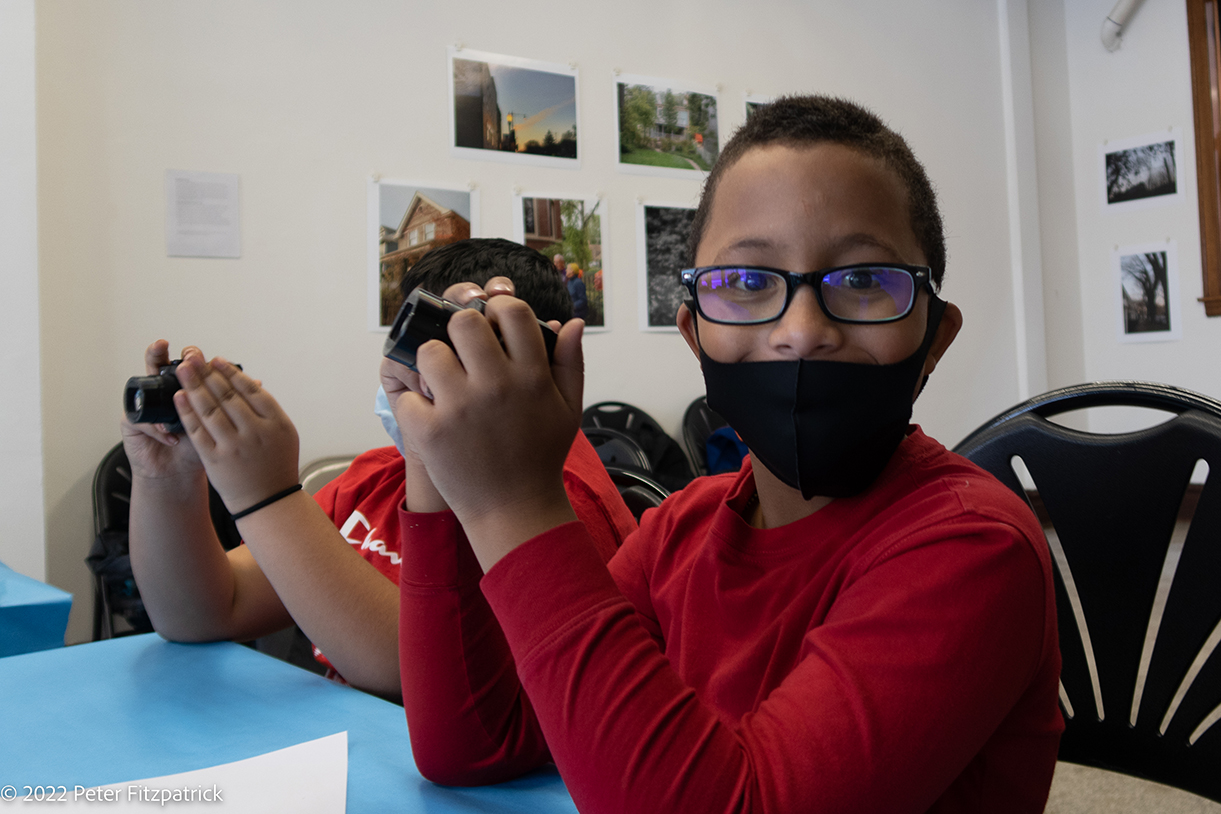 Camera Club students; Photo by Centro Romero Photo Club Student
As Special Advisor for Community Engagement in the Office of the Provost, Peter Fitzpatrick is dedicated to elevating the creative ideas of Chicago’s youth.

Growing up in his native Australia, photographer Peter Fitzpatrick’s parents instilled in him the importance of education, travel, and the arts. Hard-working people who had never had the opportunity to advance past primary school or travel on an airplane, their hope was that their children might be able to pursue their dreams and experience the wider world. For Fitzpatrick, still and moving images were portals to these other worlds, a reminder of all the fresh stories he had yet to discover.

Fitzpatrick’s “early fascination by the narrative possibilities of the photographic image,” as he describes it, were nurtured further by inspirational instructors in art school. “It was during art school,” Fitzpatrick says, “that I realized the potential that educational institutions hold in the process of creating social change. And I wanted to be a part of that process.”

More than two decades later, Fitzpatrick applied for the Chair of Photography position at Columbia College Chicago. During his interview process, he was persuaded to join the faculty by Columbia’s historic support of first-generation college students. Upon moving to Chicago, Fitzpatrick looked for projects that involved connecting with the community through his photography. One such connection he has made is with Centro Romero, a community-based organization serving Chicago’s immigrant and refugee populations. He was first introduced to this Latino community through a MacArthur Foundation program titled “Towards a Common Cause” that was in partnership with the Smart Museum and curated by Abigail Winograd.

Initially, Fitzpatrick’s involvement with Centro Romero was facilitated through Columbia alumni, Ali Stanton, who was assisting on the project as part of the Diane Dammeyer initiative. Together with MacArthur Fellow Wendy Ewald, Centro Romero Director of Youth Programs Susana Salgado, and MacArthur Fellows Exhibition Curator at the Smart Museum of Art Abigail Winograd, Fitzpatrick eventually developed the idea of having a Community Gallery Project located at 6212 N. Clark Street in Chicago. The idea was to provide youth participants in Centro Romero with photography lessons as well as important entrepreneurial skills and curatorial and gallery management practices. 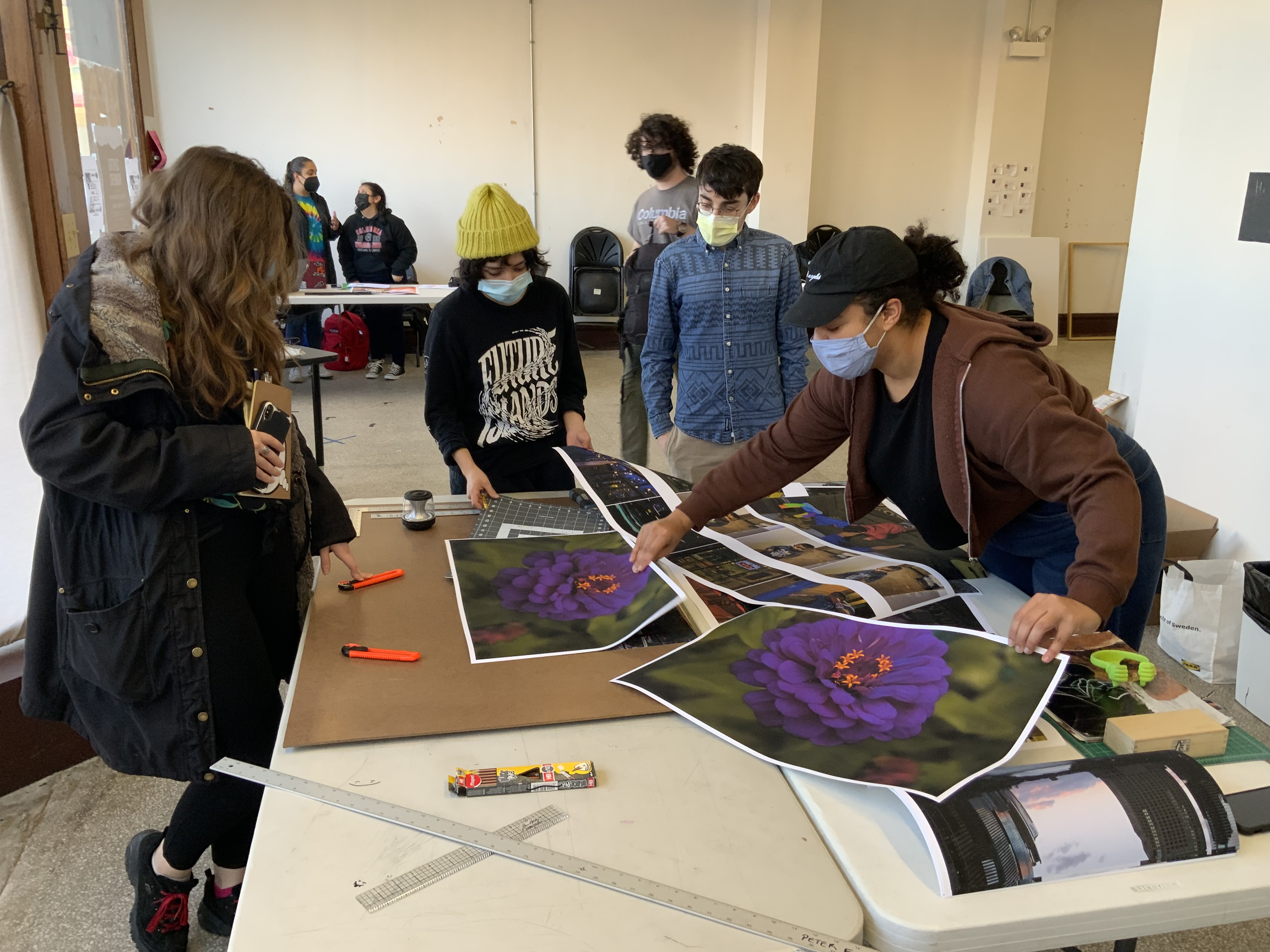 The project, which is ongoing but first came to fruition in Fall 2021, also “brought a sense of solidarity to everyone involved and perhaps an avenue of defiance against COVID,” Fitzpatrick says. For Columbia students enrolled in PHOT336- Photo Social Practice, it also provided an opportunity to engage in community leadership and activism in a meaningful and powerful way. “The myriad ways photographic imagery is used in contemporary society makes an education in photo social practice very relevant to anyone pursuing social justice work,” Fitzpatrick says. “Although not a universal language, the underlying story of an image and its accompanying caption can be a valuable tool to build the empathetic connections between peoples and elevate their perspectives.” Thanks to the partnership between Centro Romero and Columbia College Chicago, Columbia students got to explore these connections first-hand, while empowering students from under-resourced communities to express themselves and develop their artistic voice.

Through the spring of 2022, Fitzpatrick’s connection with Columbia College Chicago continued to provide new opportunities for Columbia students and Centro Romero teens to develop their professional practices while supporting community activism and engagement. Notably, students in Columbia’s Photo Social Practice spring 2022 course assisted in facilitating the development of a partnership with the Museum of Contemporary Photography, so that teens from Centro Romero can connect with other young artists learning and practicing at the Hyde Park Art Center. 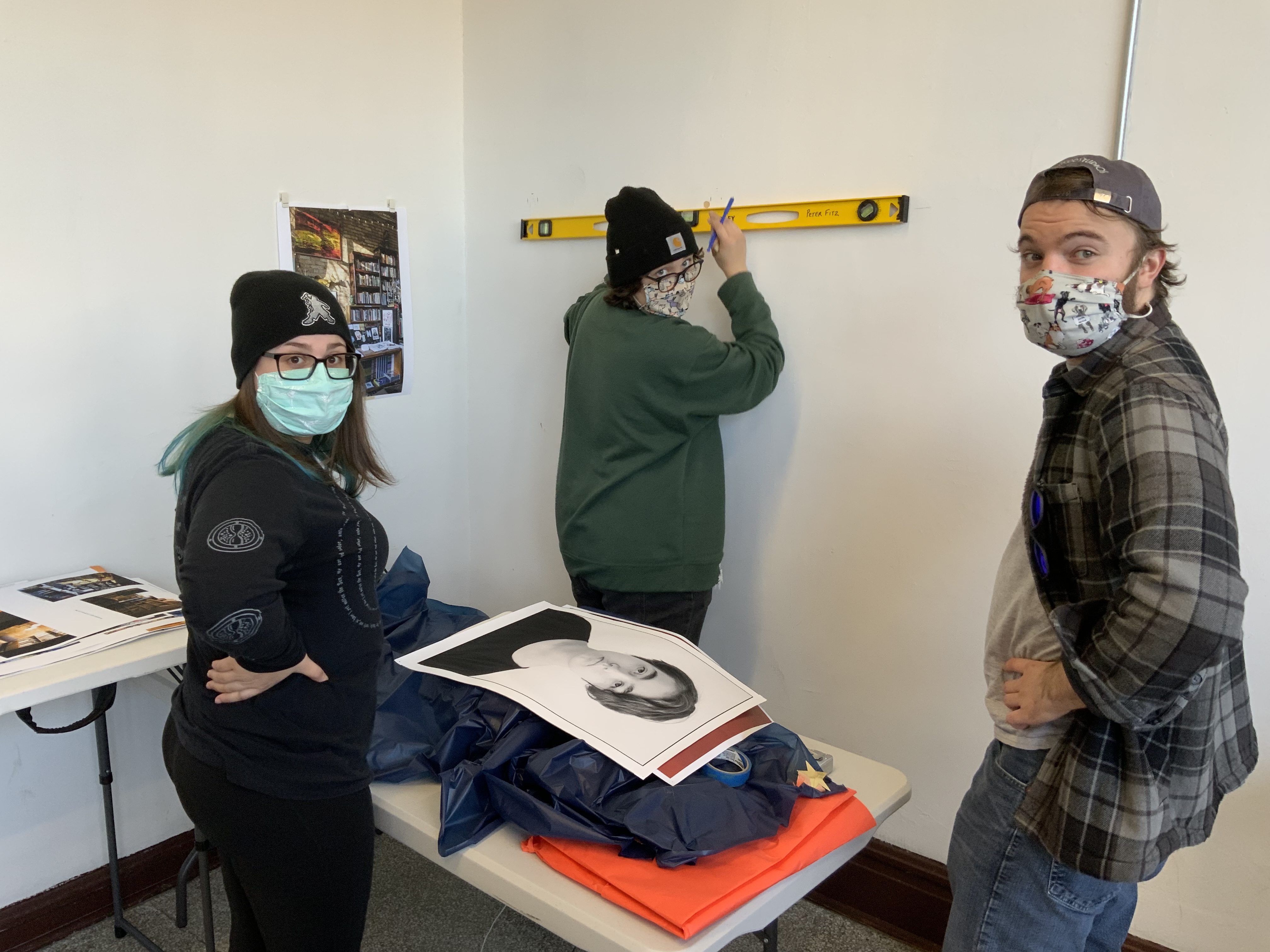 Key to these developments is Columbia’s long-standing relationship with the Hyde Park Art Center, which Fitzpatrick has been involved with since 2011, and Columbia College Chicago’s Diane Dammeyer Initiative Youth Photography Project, which was established in 2017. The Diane Dammeyer Initiative promotes the ideas of young people learning photography around the world by supporting students developing their technical expertise and providing mentorship for young artists. This year, and moving into 2023, the Diane Dammeyer Initiative intern will offer additional resources and help facilitate Centro Romero projects such as a new camera club.

Additional photography exhibitions at Centro Romero are planned for Summer 2022 through December of 2023. The project has been supported by Centro Romero, Columbia College Chicago, the MacArthur Foundation, School of the Art Institute of Chicago (SAIC), the Smart Museum, and the Weinberg/Newton Gallery. Additional support for the ongoing work of the Centro Romero Community Gallery Pueblo Unido (People United Gallery) and other programming can be arranged with Peter Fitzpatrick at pfitzpatrick@colum.edu.